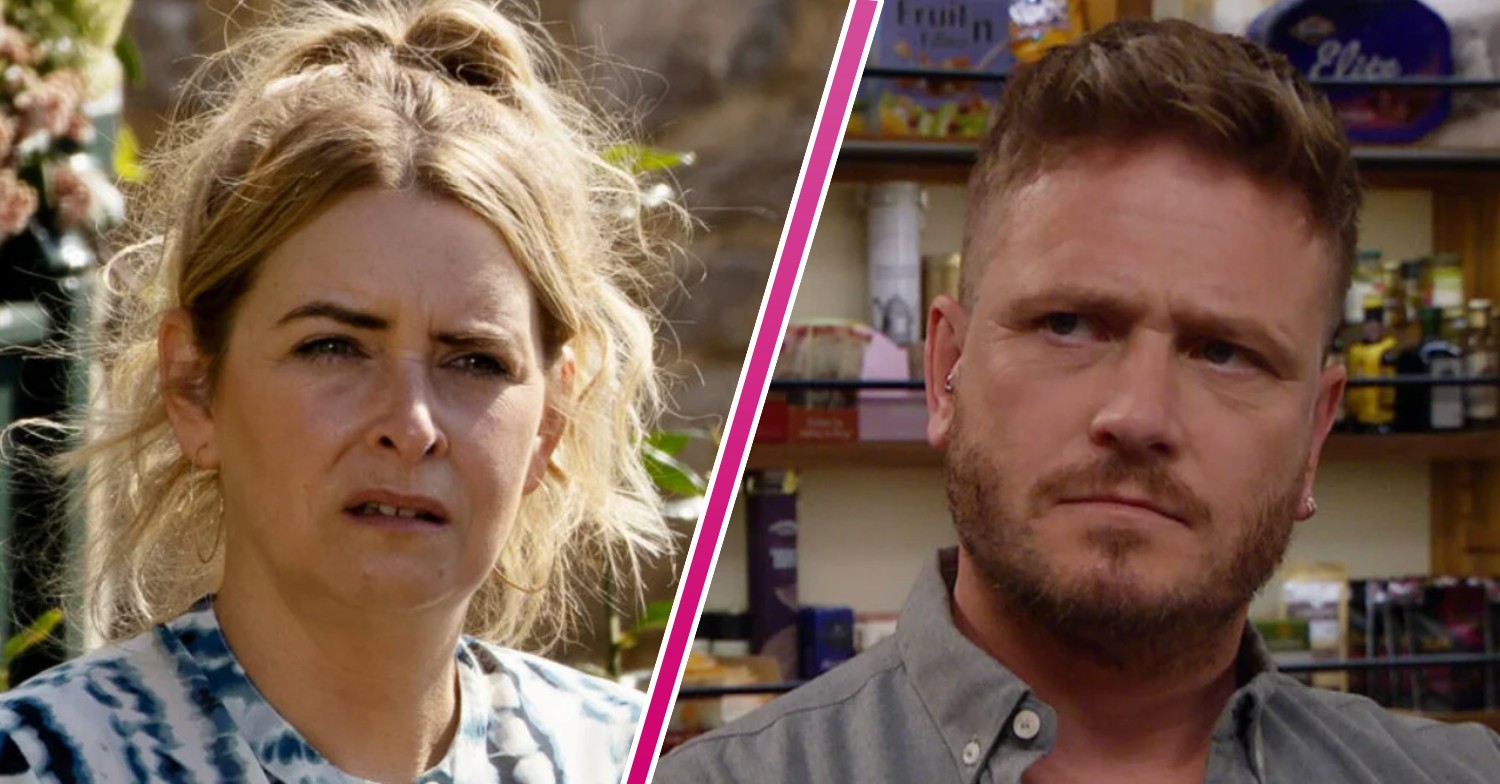 Emmerdale has more than its fair share of terrible relationships.

Not least because of some of the characters are just utterly terrible at being faithful.

At some point one of these two are going to have to raise their standards.

Liam might be someone’s dream man on paper – a doctor, well-educated, solvent and stable – but he’s a drip.

And Leyla, confident, classy, recovering cocaine addict (that still doesn’t make sense) but with a heart of something near to gold.

She aggressively pursued him as his ex-wife groomed and abused her child, and then he has recently cheated on her with Bernice.

It’s all so disastrous. Just give it up and move away. Save us from watching more.

Nothing quite says love like an undercover police officer having a family with a drug dealer and sending him away and putting his daughter in care.

Leaving said daughter to be dragged up by awful foster parents, become a heroin addict, forced into prostitution and lose her own son to the system that destroyed her.

Only to find her way to the village and find her former mother now living it up as a vicar.

And then summoning her criminal dad to terrorise said vicar – until they inexplicably fall in love.

Only until said vicar then has an affair with the man responsible for framing said drug dealer for his own criminal empire.

And then his daughter kills him, they cover it up and he moves on with another woman, who then covers up the murder for him.

Are you as exhausted as we are just remembering this?

Now Harriet Finch wants Will Taylor back – and it’s toxic.

For years David Metcalfe has been a phillandering thorn in the side of any woman stupid enough to get out of her car in or near Emmerdale village.

He has constantly cheated on practically every woman he’s ever been with.

Not that many of them were great prizes.

While he’s not sitting in Portugal on holiday after successfully convincing girlfriend Victoria Sugden to sell of her baby son’s inheritance to pay off his debts, David’s got terrible taste in women.

Let’s take his two last girlfriends – the serial killer and the paedophile.

They could have had it all – the hunky young vet and the wedding planner with their adorable daughter.

Well they could’ve done had Jamie not sprung from the loins of Kim Tate, and had her employee not hired Andrea to spy on Jamie.

It was a messy love story and one that ended in disaster. Literally.

Andrea burned alive and Jamie faked his own death before becoming unhinged and murderous.

At least their daughter Millie hasn’t been emotionally scarred by the experience. Cough cough.

If there was a prize for being known as a human wrecking ball then Charity Dingle would win it.

She doesn’t so much hurt her partners – as completely destroy them – usually accidentally.

The scheming landlady has never met anyone she hasn’t wanted to cheat on – even with their own sister.

And yet is she to meet a millionaire she hasn’t wanted to marry.

Her longest relationships have been with Cain Dingle (yes, keeping it in the family) and Vanessa Woodfield.

But she has been with and destroyed the likes of Chris and Zoe Tate, Tom King, Jai Sharma, Declan Macey and honestly the list just goes on and on.