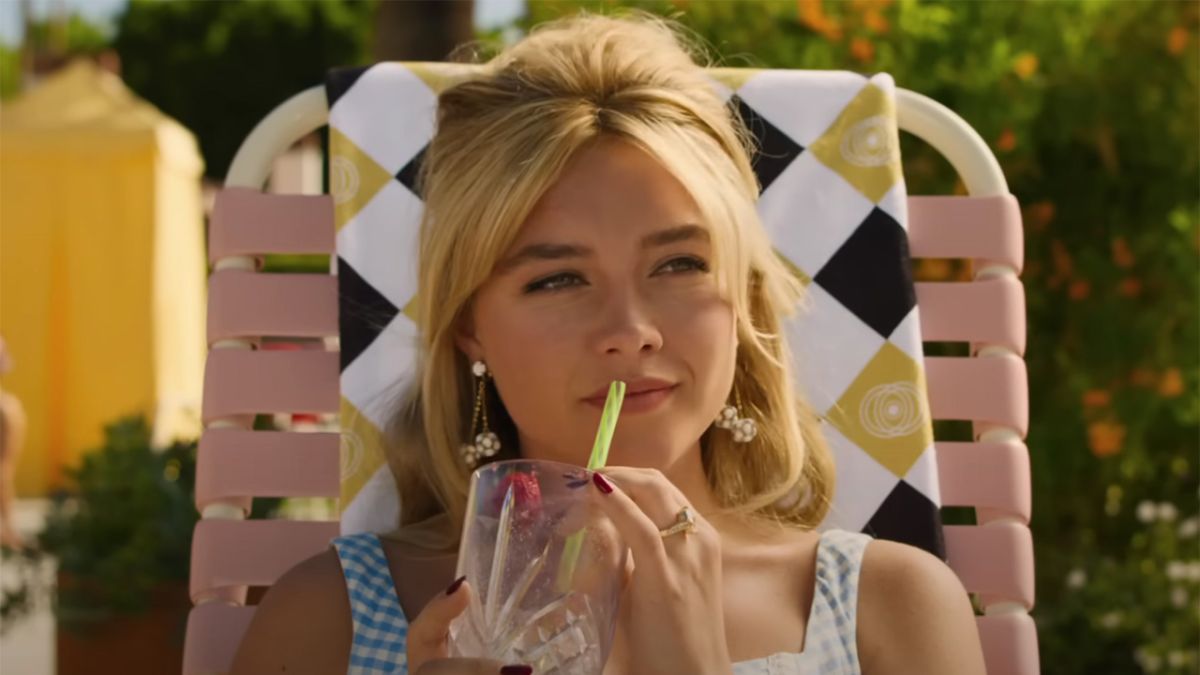 Don’t Worry Darling, Olivia Wilde’s second directorial effort following 2019’s Booksmart, is now playing in theaters, arriving over two weeks after it premiered at the Toronto International Film Festival. However, much of the recent press surrounding this 2022 movie hasn’t been about its actual content, but rather the behind-the-scenes drama during production and the promotional campaign, including that actress Florence Pugh has been feuding with Wilde. While Pugh has yet to officially comment on that, the actress did share a heartfelt message and photos from her time on Don’t Worry Darling to commemorate the movie finally opening.

Despite her leading status alongside Harry Styles in Don’t Worry Darling, Florence Pugh hasn’t done much press for the new movie, and while this has officially been attributed to her being busy shooting Dune: Part Two, it’s been rumored that her issues with Olivia Wilde also factored into this. Whatever the case, now that Don’t Worry Darling can be seen on the big screen, Pugh went on her Instagram page to share, among other things, how “grateful” she was to work on the project and provide some peeks into how it came together. Take a look:

From a crew member pushing that car out in the desert to Florence Pugh making a goofy face while getting her hair styled, the actress covered a wide spectrum of the Don’t Worry Darling experience. If you liked these photos, good news, because Pugh ended her post saying that there’s “more to come!” More importantly though, she also made sure to shout out the many people who joined forces to make Don’t Worry Darling a reality.

Florence Pugh’s social media post followed just a few hours after it was reported that her and Olivia Wilde’s long-rumored feud began in January 2021, roughly three-fourths into Don’t Worry Darling’s principal photography, when she became frustrated that Wilde and co-star Harry Styles kept disappearing from set. The actor and director had started getting romantically involved, as Wilde’s relationship with Jason Sudeikis ended in November 2020. Then things reportedly escalated when Pugh and Wilde got into a “screaming match,” and from there, Warner Bros. chairman Toby Emmerich intervened to mediate a “long negotiation process” to ensure that Pugh would stay involved with Don’t Worry Darling and not do anything to harm its box office chances. Earlier this week, Wilde denied that she and Pugh are feuding.

Other drama surrounding Don’t Worry Darling includes Florence Pugh reportedly being paid much less than Harry Styles despite their shared co-lead statuses, the circumstances surrounding Shia LaBeouf’s exit from the role Styles took over, and Styles appearing to have spit on Chris Pine during the TIFF screening, which Wilde also debunked. As far as the movie itself goes, Don’t Worry Darling has earned mixed critical reception, with CinemaBlend’s own Eric Eisenberg rating it just 2 out of 5 stars in his review.

For those who decide to check out Don’t Worry Darling this weekend, see if you had the same questions about the ending that we did afterwards. If you’d rather point your gaze to the future, our 2023 release schedule is available to peruse so you can figure out what cinematic entertainment to watch next year.