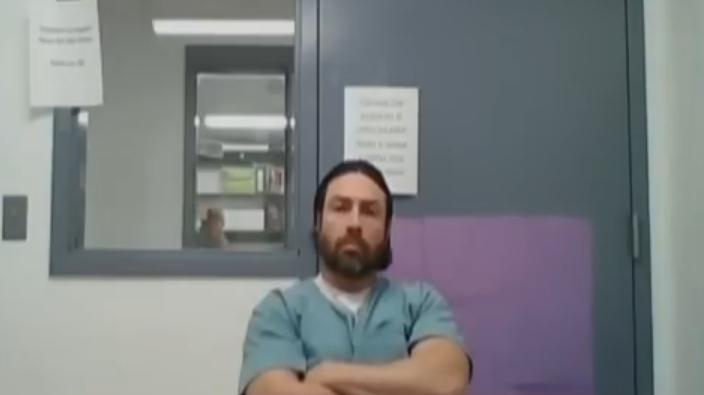 There are people in prison who should not be. Disgraced former 90 Day Fiance star Geoffrey Paschel is not one of them.

Nearly one year ago, a jury convicted Geoffrey for a brutal domestic assault and kidnapping. He received an 18-year-sentence.

Like countless other violent scumbags, Geoffrey is intent upon filing endless appeals to subvert justice.

But there is a hitch in that plan. He has now parted ways with his high-powered defense attorney.

The appeals process’ intent is to provide safeguards against (sadly inevitable) miscarriages of justice.

In Geoffrey’s hands, it would do the opposite. Or, rather, in his attorney’s hands.

Gregory Isaacs is the top-rated criminal defense attorney from Knoxville. But he is seemingly no longer on the case.

The two of them made the appeal filing for Geoffrey.

It appears that he has parted ways with Isaacs.

Some are particularly experienced with the appeals process, others specialize at criminal trials.

What works for one might not work for the other. There are times when a change makes sense.

Some may be tempted to suggest that the two had a falling out. That seems unlikely.

Isaacs is a professional. In fact, he is a familiar face on Court TV — not just during Geoffrey’s trial, but before and after.

And Geoffrey is just as much of a monster now as he was a year ago. There was likely no drama.

Another explanation could simply be that attorneys are expensive.

Varya Malina (who is unwisely keeping him in her life, though at least she’s safe with him behind bars) seems to be managing his property. So there is at least some money.

But maybe it was cheaper to hire a couple of attorneys to file standard appeals.

This could certainly end up being a lengthy and expensive process that produces no concrete results.

Geoffrey’s sentence is for 18 years.

Unless he is able to weasel out of this well-earned prison time, he will remain behind bars until he is 62.

That would be ideal, frankly. Based upon what multiple exes have said, this could be the first time in his life when women are safe from his extreme violence.

His latest attempt at an appeal is unlikely to gain any traction until early 2023.

Until then, Geoffrey will remain in prison where he belongs, where he is working on his memoir (gross).