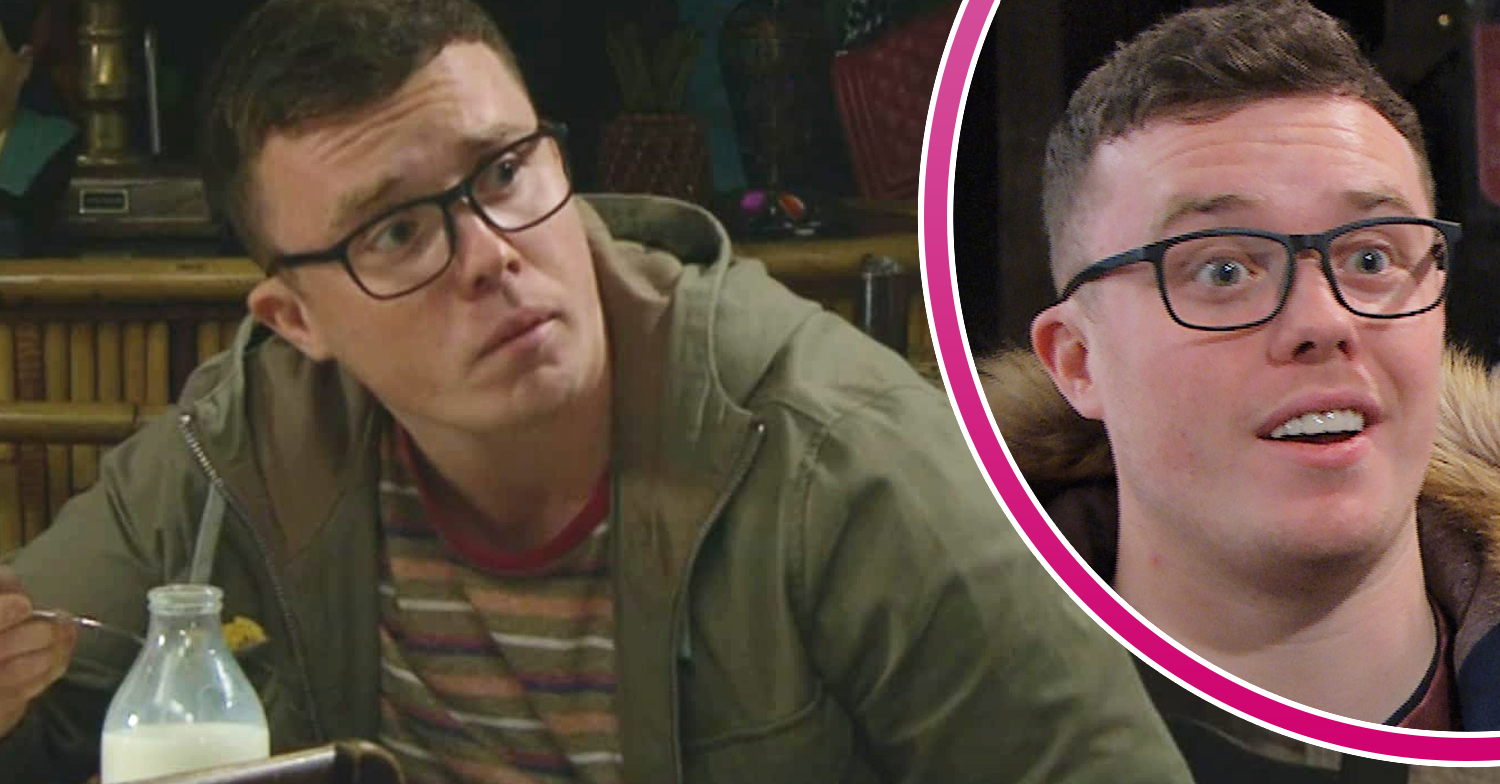 Viewers of Emmerdale have been left disgusted after watching Vinny eat his breakfast in an unruly way last night (Tuesday, September 22, 2022.)

In the episode, Vinny was eating his cereal, loudly chomping on the food in a ‘disorganised’ manner.

Now, fans have certainly been quick to share their thoughts on his gross behaviour.

Vinny was distracting himself from Liv

In last night’s episode of Emmerdale, Vinny was seen distracting himself from thoughts of Liv by eating his way through a bowl of cereal.

Liv is currently away in Spain with her mum, Sandra, after she had a row with Vinny.

Viewers will remember that Sandra switched Liv’s drink for an alcoholic one, leaving Liv worried that she would turn to drinking again.

Sandra told Liv to keep it quiet but then proceeded to tell Vinny what had happened.

Vinny was furious that Liv hadn’t told him and started to search up support groups for her.

He thought that Liv was drinking again, which made her heartbroken.

Liv said that they were ‘in denial’ in thinking that their marriage would work.

She was then persuaded by Sandra to take some time away in Spain.

However, now Vinny’s been worrying that something’s up after not having any contact from Liv since she went.

To combat this, he was seen acting a bit ‘feral’ as Belle put it.

Emmerdale fans were disgusted by Vinny and his eating habits

Fans have been quick to pick up on the way Vinny was eating his breakfast.

One fan said: “Is it strictly necessary for Vinny to eat like a [bleep] pig?”

A third viewer said: “Ewwww! Do they have to have people eating like that on programmes? Hate those sounds.”

A fourth fan exclaimed: “Vinny’s got the munchies,” followed by a sick emoji.

Well… Vinny did say that he was hungry!

What’s next for Vinny?

Next week, Vinny’s shocked to see that Liv has put their house up for sale.

He expresses his frustration to Liv, as she never consulted him about it.

Later on, Mandy tells Vinny that she reckons Sandra is the reason for their fallout.

She arranges for Jimmy to act as if he is interested in buying the house.

They try to record the conversation hoping that Sandra will accidentally expose herself.

However, Liv finds out what they’re planning and tells Vinny to pack his bags.

Vinny starts to feel like giving up on Liv.

Will Liv and Vinny split up?

Emmerdale usually airs Monday to Friday at 7.30pm on ITV, with an hour-long episode on Thursdays.

Did Vinny’s eating habits disgust you? Leave us a comment on our Facebook page @EntertainmentDailyFix and let us know what you think!

John David and Abbie Duggar Welcome Baby #2, Are “So Thankful to God”
A Father and His Son Have Been Charged With the Killing of PnB Rock
Watch the Killers Bring Out Bruce Springsteen at Madison Square Garden
18 Of The Best No Show Socks For Men That Stay Invisible and Comfortable (Updated 2022)
Rihanna, A$AP Rocky Hit Recording Studio After Super Bowl Announcement