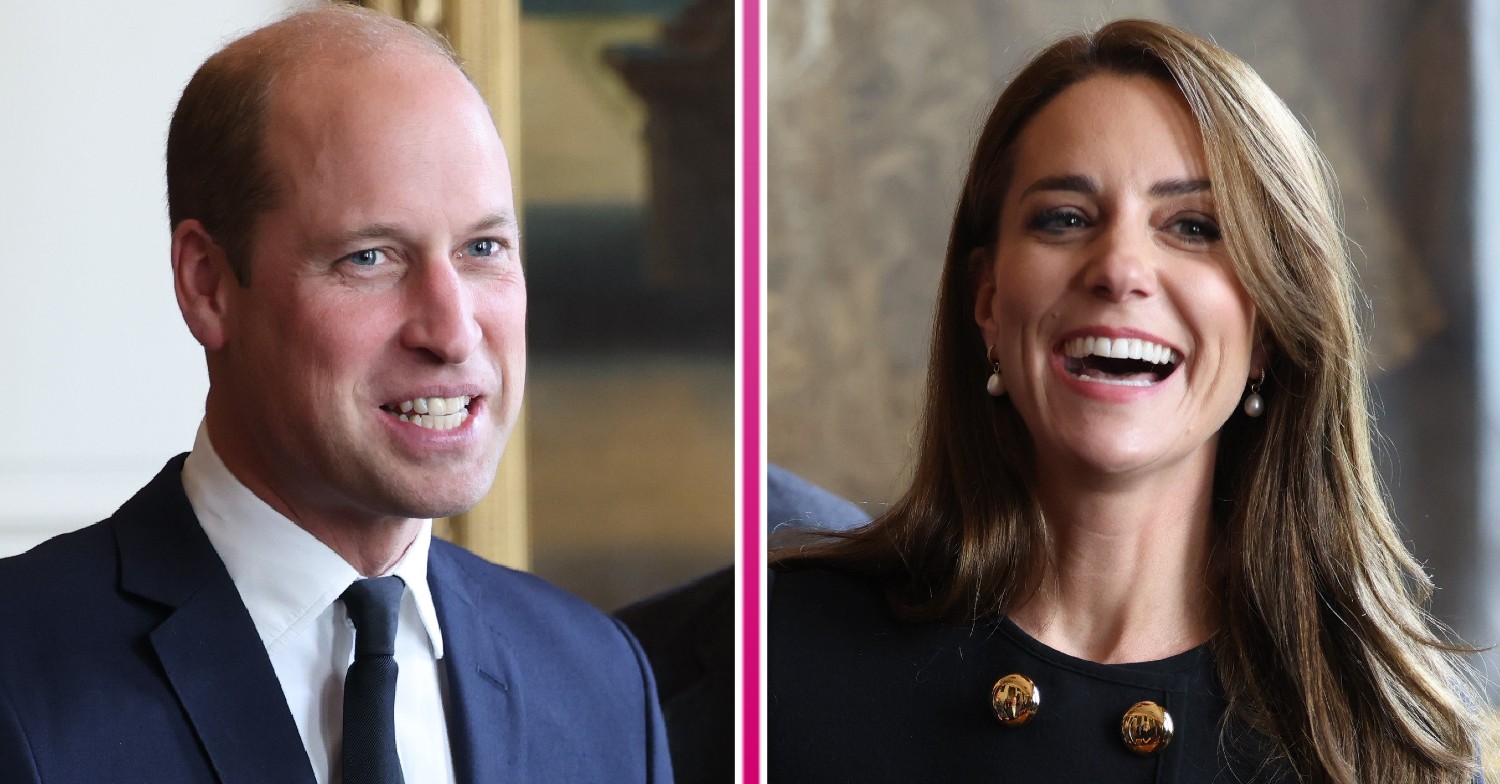 Prince William and Kate, Princess of Wales attended their first royal engagement today since the Queen’s funeral on Monday.

The husband and wife duo travelled to Windsor Guildhall, where they met with the dedicated team of staff inside.

However, the pair continued to pay their respects to the Queen. As a result, Kate was dressed in all black while William wore a navy suit.

The royal couple made the journey to personally thank volunteers and staff who were involved in part of the Queen’s state funeral.

The couple thanked the group for supporting the large crowds that gathered to watch the procession of the Queen’s coffin to Windsor castle, ahead of a committal service.

“It’s amazing how many people wanted to come and pay their respects,” Kate reportedly said.

Meanwhile, William asked staff: “How difficult was Monday? How challenging was it?”

“It’s been a busy few days but you guys have been doing long hours as well, so thank you so much,” added the Duke.

William and Kate aren’t the only royals to be tiptoeing back into their royal duties.

NEW
The Prince and Princess of Wales are currently meeting volunteers and operational staff who were involved in facilitating the Committal Service for Her Majesty Queen Elizabeth at St George’s Chapel, Windsor Castle, on Monday and supporting the crowds
More to follow!

The Princess Royal travelled to a Portsmouth Naval Base to meet Royal Navy personnel who took part in the Queen’s funeral procession.

William’s appearance comes after he cancelled a royal engagement in America on Wednesday.

The Prince of Wales had planned to make an appearance at The Earthshot Prize Innovation Summit in New York.

However, he pulled out due to his grandmother’s passing.

In a pre-recorded video, the royal shared a touching message with attendees of the summit.

He said: “Although it is the saddest of circumstances that means I cannot join you in person today, I am pleased to be able to join you in video form as you gather in New York for the Earthshot Prize Innovation Summit.

“During this time of grief, I take great comfort in your continued enthusiasm, optimism and commitment to The Earthshot Prize and what we are trying to achieve.”

William then went on to reveal that the environment was something that Her Majesty cared deeply about.

“Protecting the environment was a cause close to my grandmother’s heart,” he said. “I know she would have been delighted to hear about this event and the support you are all giving our Earthshot Finalists – the next generation of environmental pioneers.”

Her Majesty passed away on September 8 at her home in Balmoral, Scotland.

A 10-day grieving period followed before her funeral took place on Monday, September 19.

More than 30 million people watched the state funeral around the country, and four billion reportedly tuned in around the world.

Following her funeral, the late monarch has been laid to rest beside her late husband, Prince Philip.

Royal fans will be able to visit the Queen’s final resting place in the coming weeks.

St George’s Chapel will reopen to visitors on September 29 as part of a general tour of Windsor Castle.