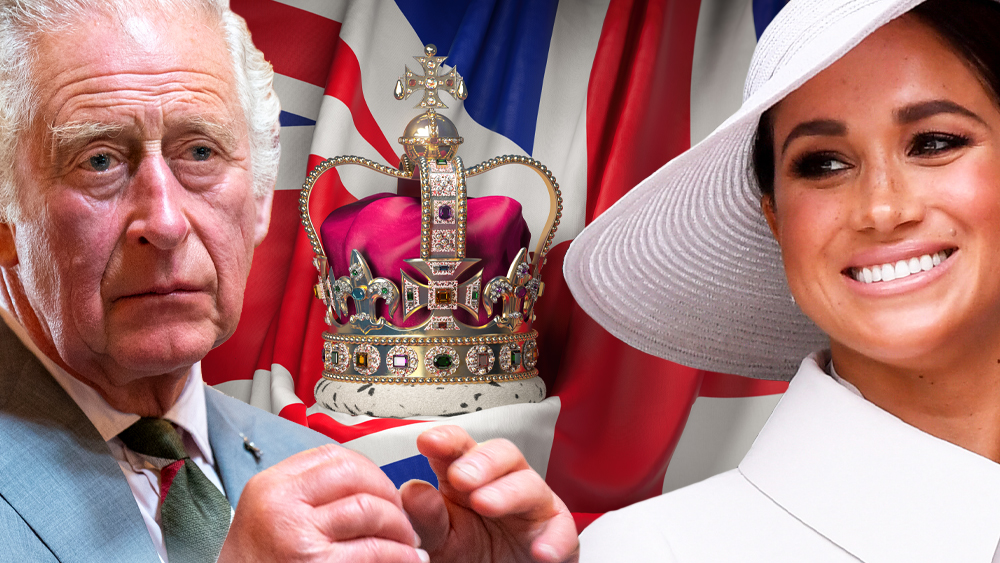 The TV ratings were celestial, the crowds unprecedented and the media downright reverential, so in purely show business terms the British monarchy’s new boss, King Charles III, should feel thrilled for having survived an historic week.

Hollywood’s applause, to be sure, was more reserved: If the monarchy were a subsidiary of a Disney or a Warner Bros Discovery, the king would likely find himself summoned this week to urgent meetings: Charles III needs charisma training, and so does his supporting cast. The royal family’s bottom line desperately needs new revenue streams. Fragile ties with global allies and affiliates must be strengthened to fortify the Commonwealth’s economic leverage.

In short, the multibillion-dollar “firm” (as the royal family calls itself) is in sufficiently dire shape so that, if controlled by Hollywood, swarms of consultants would already be crawling all over the castle. All the castles.

“If it costs at least $2,000 to tour Disneyland for a day, even with a so-called Magic Key, by comparison royal shows cost bubkis,” comments one Hollywood theme park executive. “Big Ben doesn’t know from TikTok.”

While the monarchy can put on a great show from time to time — witness the past week — some would argue that it has become an anachronism as symbolized by the crown itself. Given its 3,000 diamonds and other random gems, even Queen Elizabeth II admitted that it’s simply too cumbersome for any future royal to wear.

But disclosures in the Paradise Papers in 2017 revealed that various royals had invested millions in offshore companies – the type with Bermuda addresses and other less elegant ones.

These massive holdings (even those not on the books) will likely require mandatory rebranding. The queen’s 70-year legend would have to be reshaped in the masculine image of the 73-year-old Charles and his successors — his eldest son, William, followed by William’s eldest, George. All might change their names as the “new” monarch take control; Charles himself won’t be ceremonially crowned for several months.

All this will not only affect myriad products dependent on royal mythology, but also affect the depiction of royal behavior in future iterations of shows like The Crown.

Royal hesitation and inertia in the past have been excused by age and gender. The queen was quickly forgiven for waiting eight days before visiting the grief-stricken Welsh mining town Aberfan, where 144 were killed by an avalanche. Future royalty may need to exercise prompter empathy.

But Charles III himself has hinted that, apart from these “image” issues, the crown must also readdress its cost structure. Poverty levels in the UK have soared and dependence on food banks doubled, but the palace has not retreated from its lavish lifestyle, its costs steadily mounting.

According to Running the Family Firm by Laura Clancy, King Charles III is now eager to adopt a CEO-like posture in running his personal staff of 150. “His duchy will also now follow a more commercial model,” she writes.

The king’s past efforts to increase private funding for himself and his charities has been problematic: The Sunday Times recently reported that Charles had accepted millions of euros from a shady former Quatari prime minister who, like other Middle Eastern potentates, expected knighthoods in return for contributions.

Historically, a key source of revenue and prestige has emanated from links to the albeit shrinking empire. Even amid the rush of events Charles III this week found time to shake hands in Northern Island as well as Scotland; he even managed utterances of the Welch tongue.

None of this, however, shut off bands of dissidents in New Zealand, Canada or even the Solomon Islands, who hinted there would be referendums of withdrawal. If not, membership in the Commonwealth must offer greater financial as well as culture benefits.

The attempts of Harry and Meghan to monetize their albeit frayed royal presence have represented the most publicized initiatives to tap into Hollywood’s resources — specifically Netflix and Spotify. Meghan’s new podcast Archetypes commands the presence of Serena Williams and Mariah Carey, and its $25 million price tag covered the contributions of 29 staff members including 13 producers. One segment is titled “The Misconceptions of Ambition,” which some of Meghan’s enemies in the media suggest may apply to her.