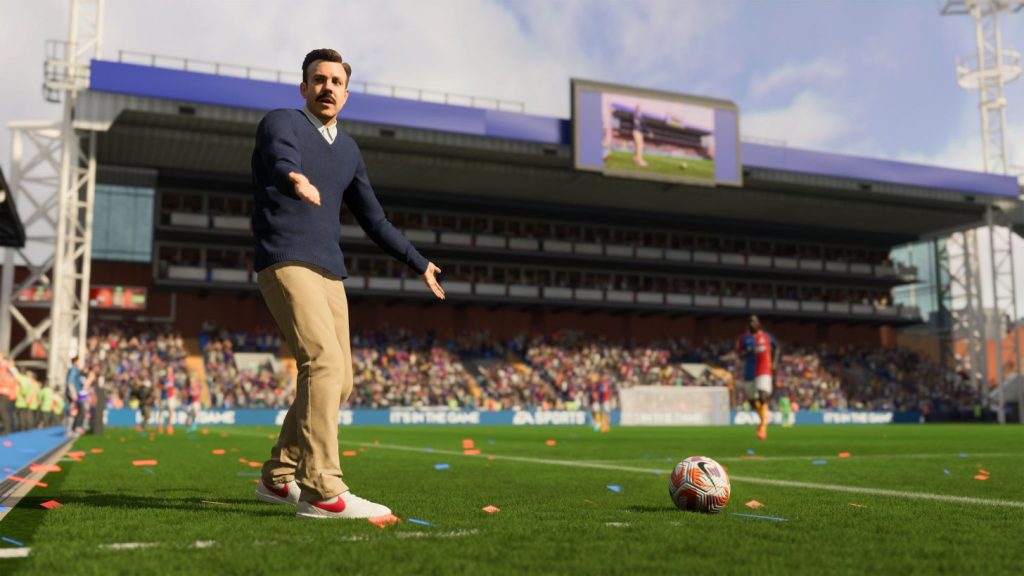 Ted Lasso fans soon will be able to take their devotion to a new level: The Emmy-laden Apple TV+ show — or, rather, its fictional English football club AFC Richmond — will be a playable team in EA Sports’ FIFA 23 video game.

Watch the trailer above, and see images from the game below.

“I am truly fortunate, and deeply grateful, to have had many special moments in my career thus far, and I consider this experience among the best of them,” said Lasso himself, Jason Sudeikis, in a statement released by EA. “As longtime fans of EA Sports FIFA, having Ted Lasso and the whole AFC Richmond squad incorporated into the newest version of the game is truly a dream come true for myself and the rest of the fellas.”

The game also will allow players to elect Lasso as a playable manager in Career Mode. Another option will be to manage AFC Richmond by swapping the club into the Premier League or any other playable Career Mode league.

Emmy-winning actor Brett Goldstein, who plays Roy Kent, said in the announcement: “It is so f*cking cool to be in FIFA. I’m not sure this is going to help dispel the CGI rumors but f*ck it, totally worth it.” (Goldstein was referring to the internet conspiracy theory that the Kent character is a CGI creation rather than played by a human actor.)