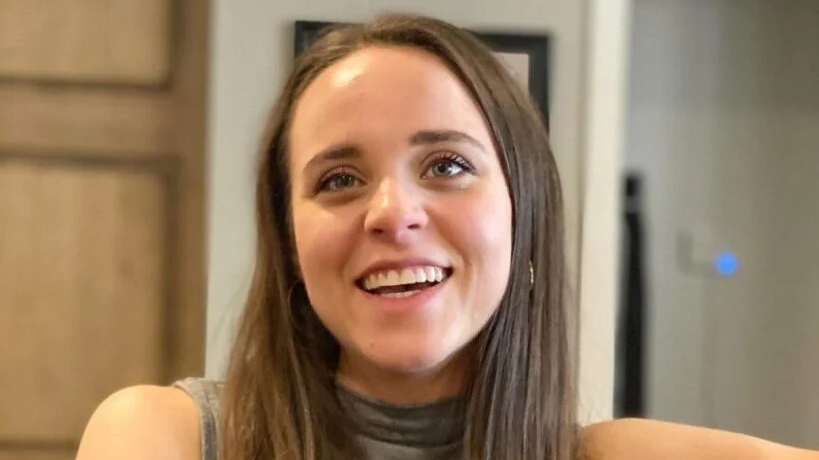 These days, Jinger Duggar seems all too happy to be famous. Or close enough to famous, anyway.

But controlling your public image as an adult is very different from being a small child in a cult.

Jinger became a reality star when she was only ten years old.

She didn’t watch television. She had no idea what reality television was — or how much Jim Bob was raking in.

Jinger Duggar spoke during the Candid: Conversations With Jonathan Youssef podcast this week.

At first, when the cameras began rolling, it didn’t “click” that she was famous or on reality TV.

Of course, given the cult’s beliefs and her upbringing, she would have had no basis for comparison.

“Growing up in the public eye is so tough,” Jinger acknowledged.

“It was a challenge,” she added.

“First, it was just a documentary,” Jinger said of her experience in front of the cameras.

“And,” she added, “we had a couple of people, who would come a couple of months in a row.”

Jinger described: “They would come and film our family.”

“And so,” Jinger noted, “it was very odd when that started.”

She characterized the experience: “It was a challenge that I would realize the older I got.”

Keep in mind that the Duggar family did not even have a television in their home.

It was not the result of poverty. Rather, it was their extreme, fringe lifestyle dictated by the cult’s beliefs.

At least, that is ostensibly the belief behind the Duggars and their church’s cultural isolation.

In reality, it has a lot more to do with control.

Keeping them out of real schools in favor of cult-approved educations has the same motive.

Fewer children will imagine a better life than their parents planned for them if they don’t know what normal lives look like.

Because of all of this, Jinger and her siblings had no context for what reality stardom actually means.

“I mean my parents told us it was a TV show and we were like, ‘What’s that?’” Jinger characterized.

She added: “So it didn’t really make sense, or click or register until we got older.”

It is likely that their total lack of awareness made it easier for Jim Bob to exploit his children for free labor, even when they were adults.

Of course, that was always part of the point of the cult. People who have never tasted freedom might not understand the exploitation.

And by the time that they are adults, many cannot imagine another way.

Prince George, 9, Is All Grown Up As He Walks Behind Queen Elizabeth II’s Coffin At Her Funeral
12 Gifts For the Ultimate “Riverdale” Fan
20 Of The Best Cargo Pants For Men That Deserve A Place In Your Capsule Wardrobe (Updated 2022)
‘LOTR: The Rings Of Power’ After Show ‘Inside The Ring’: Episode 5 – A King Emerges, Númenór Prepares For War, & Divisions Prove Fiery
The Bachelor’s Nick Viall Gives His Hot Take on Adam Levine Cheating Allegations