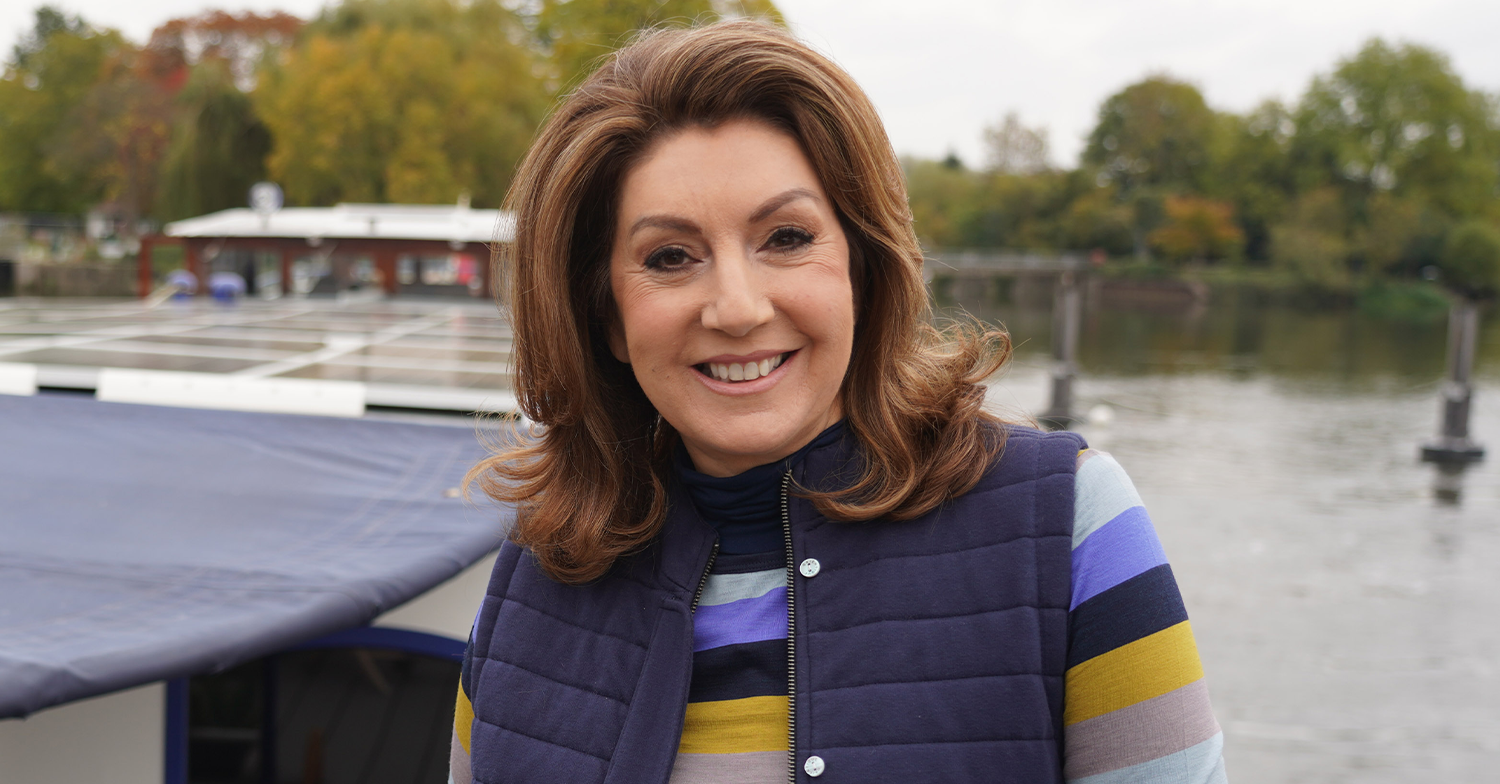 The Cruising With Jane McDonald star has had an incredibly tough couple of years after losing her fiancé Eddie Rothe to cancer.

As a result, her fans rallied round, and nowhere was their love for Jane shown more than on her recent Let The Light In tour.

However, now the tour’s finished, Jane’s army of admirers have been left feeling more than a little bereft.

And that’s why a little bit of a frenzy ensued as she posted a nostalgic throwback featuring some of her highlights from the show.

The gorgeous Jane wrapped up her tour just a couple of weeks ago but she’s already feeling nostalgic.

Posting to Twitter, Jane said: “Flashback to just a few weeks ago on tour.”

Alongside the caption she shared four pictures of herself on stage – one showed spotlights beaming down on the legendary singer.

Another, meanwhile, showed her waving to the crowds, expressing her gratitude for their love.

Flashback to just a few weeks ago on tour… pic.twitter.com/UfJIHSxkLj

And that love was free-flowing in the comments section as all the fans commented on just how much they “miss” her.

“Missing you and tour like crazyyyy,” said one adding the broken heart emoji.

Another added: “Take us back, please!”

“The tour was spectacular as are you. Amazing voice and performances. Missing it all so much,” said another.

“Missing you Jane Mcdonald. I hope you are okay,” said another.

Another fan commented: “Hi Jane, hope you are keeping well and having a good rest – you deserve it.

“Your tour was fantastic and hopefully we will all be seeing you soon if not on tour or on the TV.

“Take care of yourself and keep safe what ever you are doing next,” they added.

What is Jane McDonald doing next?

Wrapping up her tour, the singer revealed she doesn’t have plans to head out on the road again for quite some time.

Posting to Instagram, Jane said: “This is the very last concert we’re doing for quite some time.

“We won’t be touring next year.”

However, she did reassure fans that she won’t be disappearing entirely.

Jane confirmed: “We’re going to be making a lot of TV shows, so I’ll keep putting stuff on social media, so keep watching us on there because we’ll be on there quite a lot.”

You can watch Cruising With Jane McDonald on Channel 5’s My5 now.