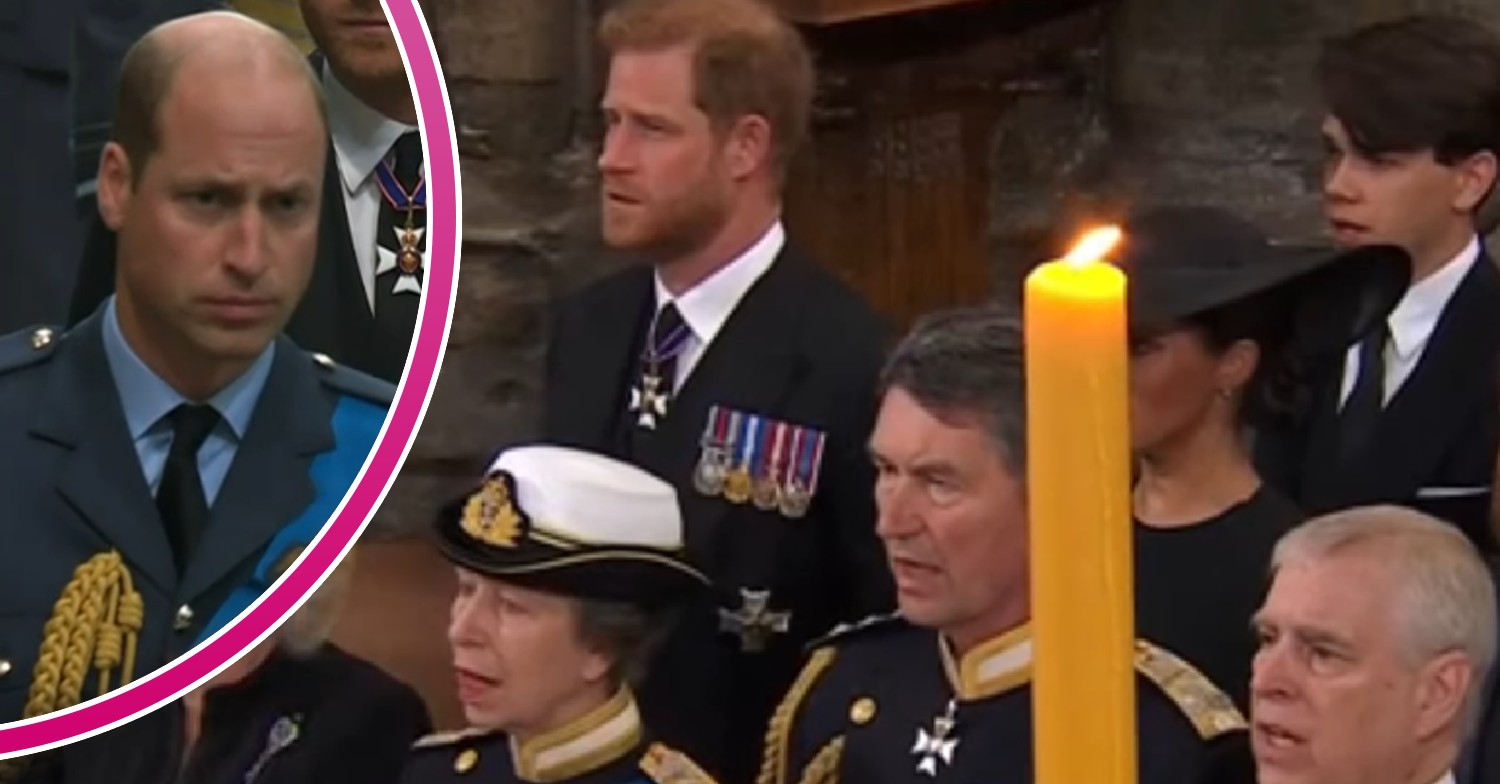 The Duke and Duchess of Sussex walked in the procession behind the Queen‘s coffin today alongside members of the Royal Family.

As the service began, Harry and Meghan took their seats behind King Charles and the Queen Consort, Camilla.

Meanwhile, William sat a few chairs along from his father with his wife Kate, Princess of Wales, and their children – Prince George and Princess Charlotte.

However, many people watching were wondering why Harry was behind the King and not William.

One person said on Twitter: “I don’t understand why Harry & Meghan are sitting behind Charles & his siblings while William is on the other side.”

Another wrote: “Why would protocols put Harry‘s seat at the back line behind King Charles.

“I expected Kate to be seated [at the] back line with Meghan, while William and Harry should be in front row beside their father.”

A third added: “Harry and Meghan are seated behind Charles and Camilla. That’s interesting…”

Meanwhile, others pointed out why they were sat separately.

It seems the front row consisted of the Queen’s children and William with his family since he’s next in line to the throne.

Meanwhile, the rest of the Queen’s grandchildren sat in the row behind and a few next to William.

I don’t understand why Harry & Meghan are sitting behind Charles & his siblings while William is on the other side.

One said: “The front row is the Queen’s children and William as Prince of Wales. No more room with other grandchildren, perfectly reasonable.”

William and Harry walked in the procession behind the Queen’s coffin into Westminster Abbey.

Who else walked in the procession?

They were joined by King Charles, the Queen Consort, Prince Edward and Sophie, Countess of Wessex as well as Princess Anne and her husband Vice Admiral Sir Timothy Laurence.

Prince Andrew, the Earl of Snowdon, Peter Phillips, the Duke of Gloucester, Prince Michael of Kent and the Duke of Kent were also in the procession.

Also in the procession was the Prince and Princess of Wales’ children Prince George, nine, and Princess Charlotte, seven.

One person said on Twitter: “Had a little cry seeing George and Charlotte following the coffin into the Abbey.”

Another wrote: “Not going to lie I had tears during the funeral and George and Charlotte were so brave!”

“It was totally gripping, unlike anything I’ve ever witnessed,” another said about the funeral. “I did shed a few tears when I saw William with Catherine and George and Charlotte and then it cut to HM’s coffin.”

Did you watch the Queen’s funeral? Leave us a comment on our Facebook page @EntertainmentDailyFix and let us know what you think of this story.