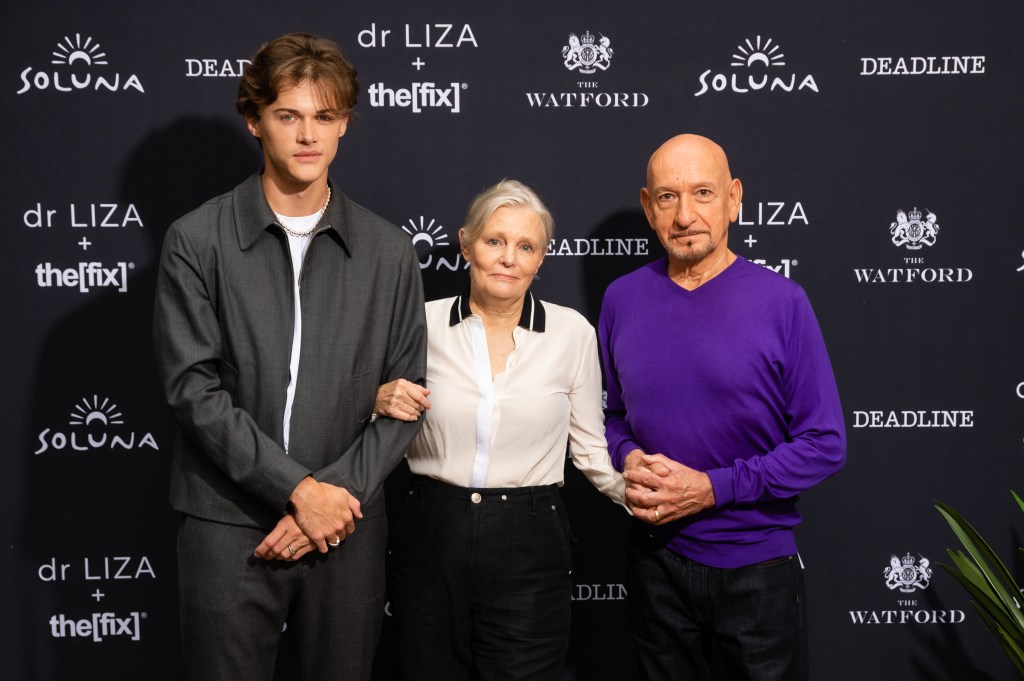 Ben Kingsley shows a different side to his screen persona with his performance in Dalíland, in which he plays the mercurial Surrealist artist in the last decade or so of his life. When he came to Deadline’s TIFF studio, the actor praised his young co-star Christopher Briney, who plays James, a young Manhattan gallery worker who is drawn into the toxic world of Dalí and his wife Gala (Barbara Sukowa) in the mid-1970s.

“I think that we really must applaud Chris Briney’s performance,” he said, “because it is a view of Dalí through the eyes of someone who is constantly surprised and seduced by the world that he finds himself in. And that particular timeframe in which James examines Dalí during is possibly the closing chapter of Dalí’s life — [it involves] the disintegration of his marriage and his coming to terms with mortality, a subject with which Dalí struggled dreadfully. So James — played, as I say, wonderfully by Chris — is the lens through which we examine how a genius leaves the world, which is something I find fascinating: how does a mind as fertile and extraordinary as Dalí’s say goodbye?”

Kingsley thanked director Mary Harron, working from a script written by her husband John C. Walsh, for casting him in the role. “I was delighted when Mary invited me to play Dalí,” he said. “I love his work. I love his fearlessness, and he was exhilarating and exhausting to play — as I anticipated he would be. It was a delight to work with Mary, and a surprise to be offered the role of such a monumental intellect … He was a very, very intelligent man, and fearless in his work. So, I suppose I had to find a parallel fearlessness in myself: I had to take terrible risks playing Dalí rather than being careful as an actor and careful in my portrait. I had to take certain risks that perhaps without a director as caring and confident as Mary I would not have been able to do.”