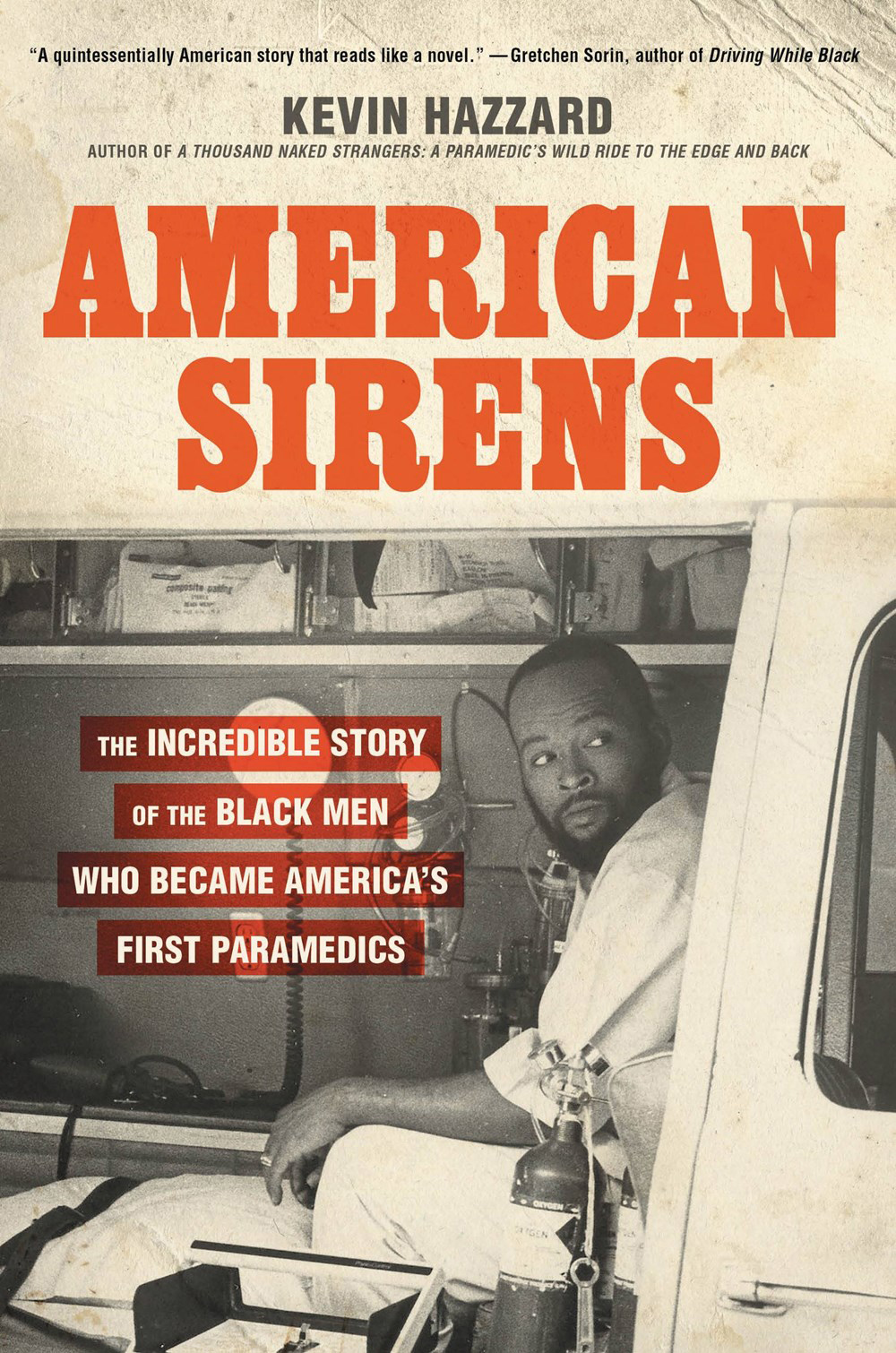 American Sirens: The Incredible Story of the Black Men Who Became America’s First Paramedics reveals a hidden slice of history about the emergency services that we all depend on but largely take for granted. Kevin Hazzard (A Thousand Naked Strangers), a print and television writer who worked as a paramedic in Atlanta for nearly a decade, does an excellent job of transforming his exhaustive research into a compelling narrative suitable to its gripping subject.

While the book is replete with white-knuckle medical emergencies, the real story here is the inspiring saga of how the paramedic profession was born. Before the 1970s, emergency services were “slapdash and chaotic,” with ambulance runs “treated like a Frankenstein limb rather than a full-fledged arm of public safety.” Hospital transportation might have been provided by the police, firefighters or a funeral home, with little regulation involved and a shocking absence of training. As Hazzard writes, “On any given day, the patient in an ambulance may have been better qualified to handle their own emergency than the person paid to save them.”

In 1966, medical pioneer Peter Safar, known as the father of CPR, lost his 11-year-old daughter to an asthma-induced coma while he and his wife were away at a medical conference. He channeled his grief into designing and implementing an entirely new model of ambulance care, partnering with Freedom House, a grassroots organization in the Black, immigrant neighborhood of Hill District in Pittsburgh, to train ordinary people to administer lifesaving techniques. After intensive training, a group of Black paramedics took their first call on July 15, 1968, and went on to respond to nearly 6,000 calls in the Hill District that year, saving more than 200 lives. Their response abilities got better and better under the direction of Safar and medical director Nancy Caroline, and their curriculum was eventually chosen by the Department of Transportation to serve as the model for standardized EMS training.

Astoundingly, Freedom House’s achievements were met with “the city’s unyielding resistance,” and their groundbreaking program was eventually turned over to Pittsburgh’s local government. A crew of lesser trained white men took over in 1975. Meanwhile, the longtime Freedom House paramedics who knew how to intubate in the field were asked to carry the bags.