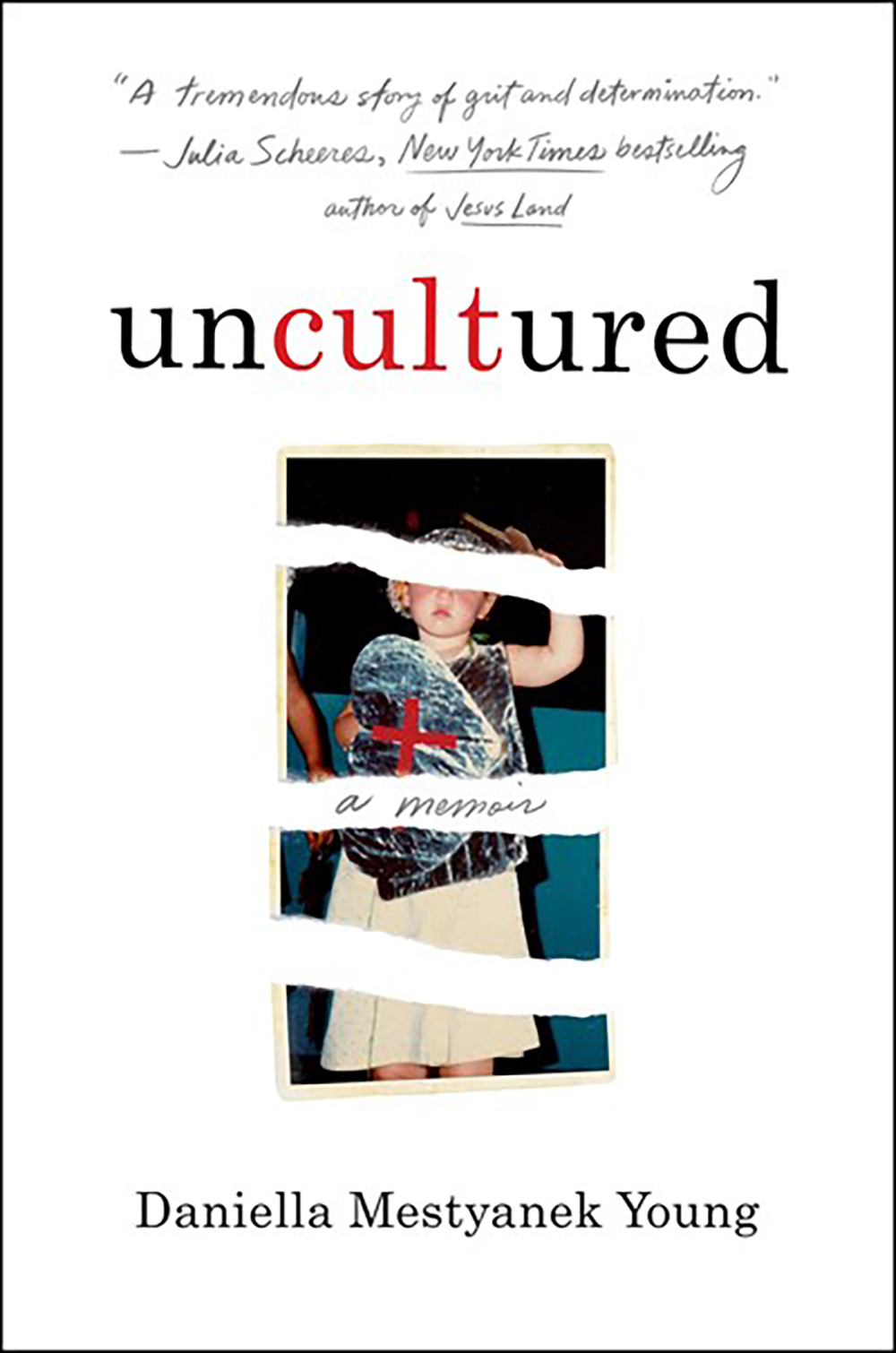 Escape, by definition, is rarely easy, and in Uncultured, Daniella Mestyanek Young illustrates just how difficult it can be. Leaving the Children of God, the cult she was born into, and surviving the U.S. Army, a group she chose to enlist in as a young adult, have both left many scars. Lucky for readers, she found her way through both experiences and then wrote it all down.

The Children of God, founded in California in 1969 by “failed fifty-year-old preacher” David Berg, appealed to members of the counterculture as a spiritual path to inner peace. The author’s mother grew up in “the Family,” as their cult was known, and became pregnant at 14, but Mestyanek Young didn’t learn who her real father was until she was a teenager herself. By then, she had been beaten and sexually abused by various “Uncles,” who were aided and abetted by “Aunties,” who disliked Mestyanek Young’s constant questioning of and growing resistance to their many rules—including “sharing” sex as a form of God’s love. Women and girls were expected to serve men’s demands, and education for children was minimal, which made it especially difficult to transition to the wider world at age 15.

As hard as it is to absorb the grotesque details of her childhood, so unflinchingly disclosed, reading about Mestyanek Young’s life after leaving the cult behind is no easier on the heart. Her career as one of the first female combatants in Afghanistan helped elevate her to a captain, while making her an easy target for soldiers unused to such parity. As the Army slowly learned to accommodate women, she was repeatedly warned, “Don’t get raped.” But what, she wondered, were the men being warned about?

Mestyanek Young ponders not the differences between these two groups—God’s Army and the U.S. Army—but their similarities. Uncultured vividly cautions readers to choose a group in which you can be yourself—and be free.