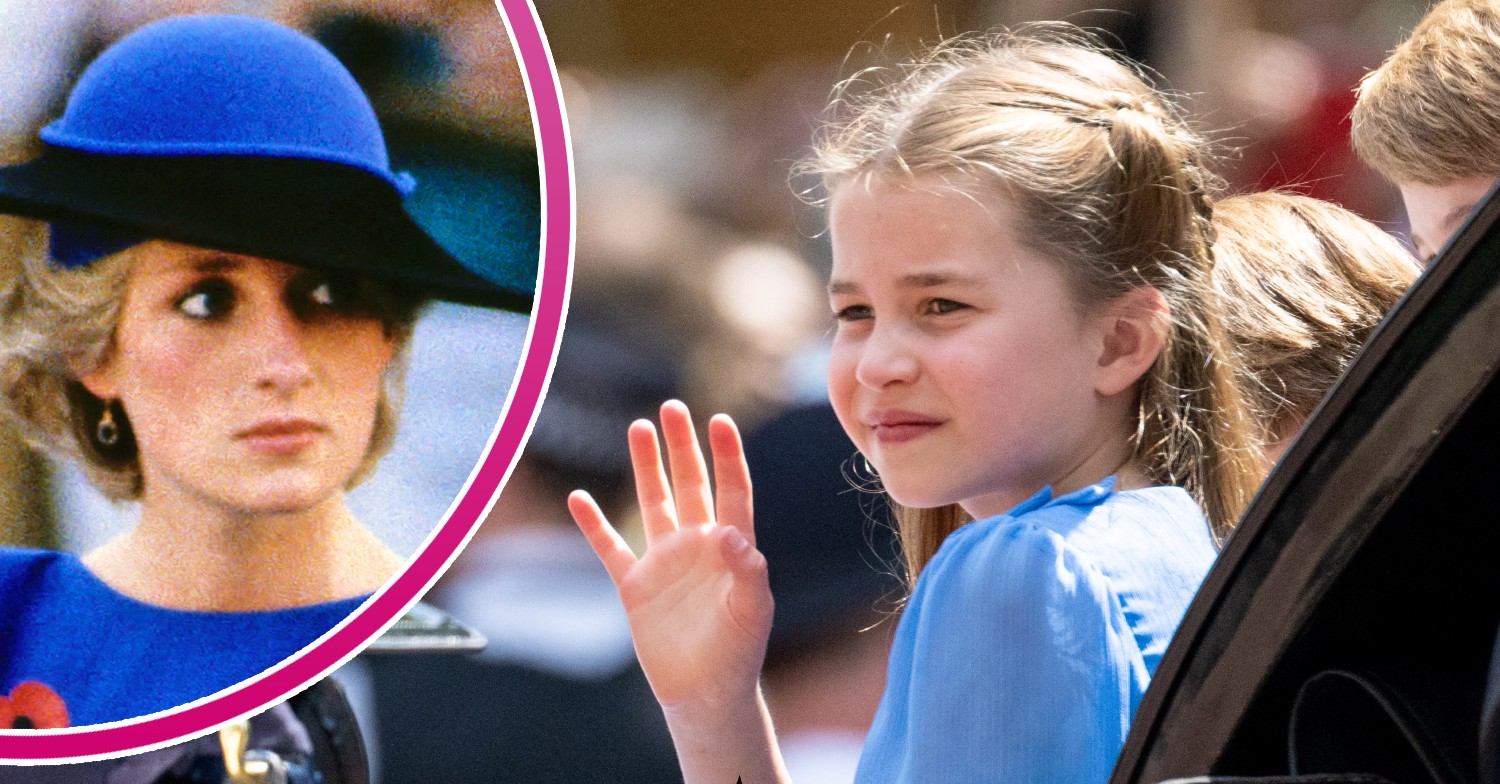 Princess Charlotte is set to inherit one of her late grandmother Diana, Princess of Wales’, most “iconic” heirlooms, according to royal sources.

Charlotte, seven, is reportedly in line to be handed Princess Diana’s stunning Spencer Tiara – worn on her wedding day.

The exquisite piece is thought to have been created in 1767. It has been embellished with more jewels over the years.

It was remodelled in the 1930s and made onlookers gasp at Diana’s wedding to Charles, now King Charles III, in 1981.

Princess Charlotte ‘to be given the tiara someday’

A source told GoodToKnow that Princess Charlotte – daughter of Diana’s son William – will be given “the pick of the palace jewels” when she is older.

But the insider claimed: “Prince William is close with his uncle and has asked if his mother’s namesake tiara can be given to Charlotte someday.

“William is quite aware the Earl has daughters of his own, but the two have agreed that Diana’s iconic piece belongs to her first granddaughter.”

Another royal source claims Charlotte is fully aware of the iconic piece.

“Lottie knows all about her Granny Diana – after all, Diana is one of her middle names,” the insider said to Australia’s New Idea magazine.

Lottie knows all about her Granny Diana – after all, Diana is one of her middle names.

“She’s also seen pictures of her wearing the tiara.”

Princess Diana used the Spencer Tiara to secure her 140-metre tulle veil on her wedding day to King Charles, then the Prince Of Wales.

Aged just 19, she observed age-old tiara etiquette by using one from her own family.

Traditionally, brides have done this on their wedding day rather than borrow one from the royal vault.

Meghan Markle, however, was loaned a diamond tiara from Queen Elizabeth II when she married Prince Harry.

Harry and Meghan now have their own daughter, Lillibet, one.

However, they have reportedly agreed to let niece Charlotte have the Spencer Tiara as she was Diana’s first-born granddaughter.

How much is Diana’s tiara worth?

The Spencer Tiara is designed in a garland style.

A heart sits pride of place in the centre and it is flanked by scrolls and flowers shaped like trumpets and stars.

Mounted in gold, it is set with dozens of rose-cut, cushion and pear-shaped diamonds.

It is one of the most famous tiaras in modern history and is estimated to be worth £400,000.

Max Stone, from Stephen Stone jewellers, said: “Based on the selling price of a similar Spencer family tiara, I’d estimate this piece to be worth around £400,000.

“With its incredible detail and the high-quality diamonds, not to mention its popularity, this is no doubt a very valuable heirloom.”

According to reports, Diana found most tiaras gave her a headache.

As a result, she preferred the Spencer Tiara for its “lightness and comfort”.

The Spencer Tiara was recently on display at The Aristocratic Jewels exhibition in London.

Marking the Queen’s Platinum Jubilee, it was among the largest collection exhibited in the UK for decades.

Kristian Spofforth is head of London jewellery at Sotheby’s and was curator of the exhibition.

He said he got a “chill” when handling it.

Mr Spofforth told Vogue: “There are pieces that you hold, and you do get a slight chill.

“It’s amazing because of its provenance and Diana – there’s a tangible sense of its history, power and influence.”