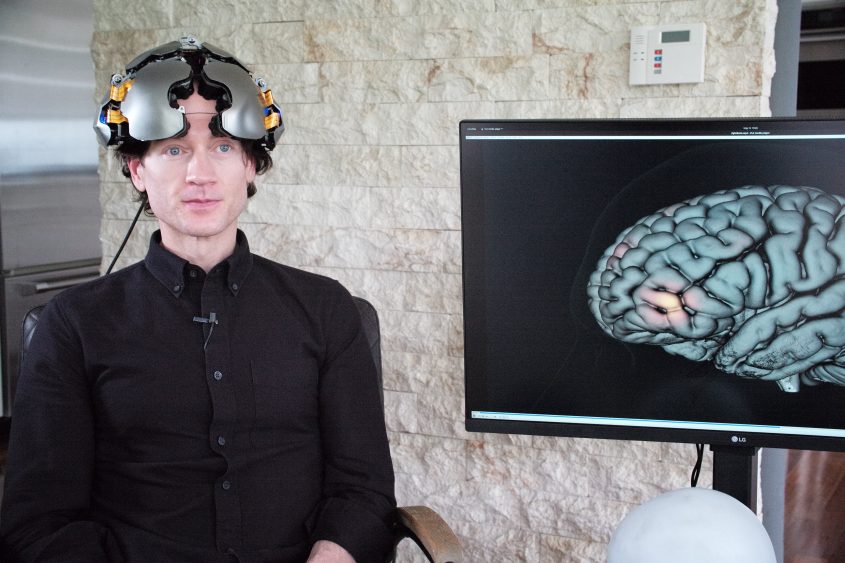 EXCLUSIVE: Werner Herzog’s documentary explorations have ranged from the cosmic (Fireball: Visitors From Darker Worlds) to the fiery depths (Into the Inferno). His latest nonfiction film takes him on a journey inside the human brain, a subject as complex as any the director has ever tackled.

A trailer for Theater of Thought dropped today, on the heels of the film’s world premiere at the Toronto International Film Festival. There’s a road trip element to the film, as Herzog joins scientist Rafael Yuste on a tour of the latest in brain research. For example, they learn about brain implants that can have a profound impact on people with Parkinson’s disease.

“There are glorious possibilities, like making the blind to see again,” Herzog tells Deadline. “Or people in wheelchairs walking again, all of this [research] moving ahead very quickly… Mind reading. We can read your thoughts, the language that you want to speak, we can read it, telepathy in primitive forms, and on and on. It’s staggering.”

The trailer shows how light impulses can activate sensors on the brains of lab mice, triggering the creatures to move in certain directions. Fascinating, but with disturbing implications if and when such research reaches human trials.

“What happens if this gets into the wrong hands? What happens if you implant a chip that can read your thoughts, which we can do to a certain degree by now?” Herzog wonders, echoing some of the ethical questions raised by his film. “That’s why I am speaking about the framework of new human rights. It’s understood that there should be freedom of speech. It is considered a human right, but our right of free thought, that we can think and that this should be protected, hasn’t sunk in yet. And the world is completely unprepared for what’s coming.”

Herzog, who turned 80 recently, brings intellectual curiosity to all of his films, as well as a poet’s sensibility. That artistic impulse sparked his initial interest in the topic of the brain and how it functions.

“I was always puzzled and mystified about who is the ghostwriter of our thoughts?” he said. “For example, how do we shape our own memories? And they’re not completely reliable.”

“Gathering insight and predictions from some of the world’s most influential scientists and innovators,” according to a statement about the film, “Theater of Thought is an exploration of the ethical, and existential, effects that neurotechnology presents in our rapidly advancing world.”

Theater of Thought is an acquisition title. Distribution plans, therefore are pending. Ariel Leon Isacovith is the producer; executive producers are Kerstin Emhoff, Werner Herzog, and Doron Weber. Skellig Rock and Ventureland are the production companies behind the documentary.

Watch the absorbing trailer above.

Trevor Noah and Dua Lipa Hug and Kiss Outside NYC Restaurant
Kelley Flanagan and Peter Weber: Yup, They Really are Back Together!
Feral City
Chris D’Elia Adamantly Denies Claims Made By Woman in Restraining Order
Kim Kardashian Pays Tribute to Her Late Father, Robert Kardashian: “He Saved Every Card”