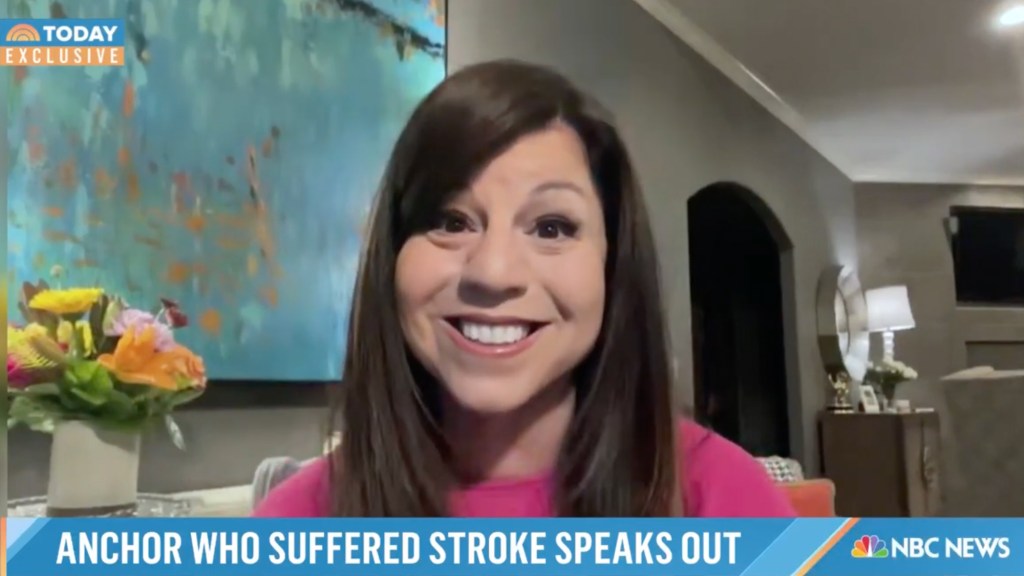 Julie Chin, the Oklahoma news anchor that suffered the beginning of a stroke during a live broadcast, is opening up about the tense moments. The journalist made an appearance on the Today show where co-hosts Hoda Kotb and Savannah Guthrie caught up with Chin four days after the incident.

“I feel good, I’m so grateful,” Chin said via a video conference.

Chin said that the doctors were still doing more tests to determine what exactly happened but the initial assessment is that “it was the beginning of a stroke.”

“They think maybe my body corrected itself midway, so I didn’t have a full stroke, but that’s what they’re saying right now,” she added.

Chin explained that she has no family history of strokes and believes she can “handle stress” adding that the morning the incident occurred she “had a good night’s sleep.”

After the scary moment, Chin was grateful for her co-workers that sprung into action to call for help. Chin also had an important message that people can take away when it comes to their health.

“When it comes to anything medical, if you think you need help, if something’s really not right, don’t be afraid to ask for help,” she said. “I tried to talk through [the stroke] and that wasn’t the best thing to do.”

Chin said that the viral video “maybe not her proudest professional moment, but people have been so kind and they’ve been cheering me on and praying for me and our family couldn’t be more grateful.”

Watch the full interview below.