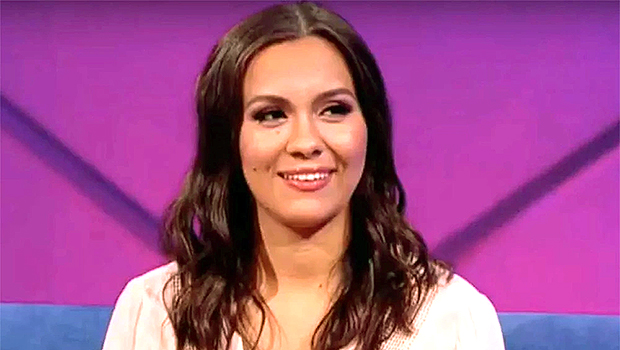 Briana DeJesus, 28, made her reality television debut on Season 4 of MTV’s 16 and Pregnant in 2012 and later joined the first and only season of Teen Mom 3. Then, in 2017, she signed onto the eighth season of Teen Mom 2 and has been on television screens since. She has welcomed two children, daughters Nova and Stella, with two different fathers over the years. Get to know her daughters here.

Nova, Briana’s first daughter, was born on Sept. 9, 2011 and is her one child with Devoin Austin III. Sadly, Briana and Devoin’s relationship did not last through her pregnancy and she has been quite disappointed with his lack of effort to support Nova financially and emotionally. “As those who have followed my story for years now, Devoin hasn’t always been the most involved parent in Nova’s life,” she told Celeb Magazine in July 2020. “With that being said, he does do small things, but I don’t personally feel like it’s enough. Recently, he has taken Nova to gymnastics and picked her up a few times.”

Nova has a myriad of interests, and Briana showed how proud she is in a since-deleted Jan. 2022 Instagram post. “Nova appreciation post! She’s talented! She started taking piano lessons and is killing it! Her teacher wants her to do a recital!” she gushed, per The Sun. “Gave her a big girl hair cut to get rid of all the damaged hair from processing it. She said she wants to stay natural! And bc of that, i decided to take a hair braiding class and educate myself on her type of hair!” She concluded, “And she loves her Vespa! (Thrill seeking just like her mom lol) love this girl and she makes me so proud!”

Stella is Briana’s second daughter and first with her ex-boyfriend, Luis Hernandez, and was born on July 2, 2017. Unfortunately, the pregnancy was not easy for Briana, who admitted it was “the last thing” she “expected to happen,” during her debut season on Teen Mom 2 (via People). On top of being surprised by her pregnancy, Briana also had to deal with her crumbling relationship after she found out Luis had been cheating on her. “[Luis] been cheating on me this whole time, so I don’t know what I’m gonna do,” she said as she fought back tears. Luis eventually apologized for his actions and told Briana he wanted to start a family with her, which she considered, but it ultimately did not work out.

She also opened up about the turmoil she experienced on the 2017 Teen Mom OG reunion show. “It’s been a rough time for me. I found out [I was pregnant] when I was six months pregnant,” she said. “It’s still tough. I’m going through it right now. Pretty much repeating my past, like I said I wouldn’t, and it’s happening all over again.”

Unfortunately, Stella experienced some heart issues early on in her life and was diagnosed with ventricular septal defect (VSD), per In Touch Weekly. In 2017, shortly after Stella was born, doctors discovered three holes in her heart, which were immediately monitored. “Our new friend for the next month. (Cardiac event monitor),” Briana wrote in a since-deleted Instagram post in Nov. of that year, addressing her daughter’s health issues. “You guys have been asking! She is okay but Stella has to wear this 24/7 to keep track of her heart.”

And during an episode of Teen Mom 2 that year, Briana spoke about Stella’s VSD further. “Luckily the holes don’t grow, they’re kind of small,” she explained. “People live their lives with holes in their heart … they’re fine. [The doctor] just wants to keep an eye on it.”

In Aug. 2018, Briana announced that Stella’s health was looking up. “But good news is that Stella no longer has heart murmurs and all the holes are closed!!” she tweeted at the time, per In Touch.

Stella looked incredible as she celebrated her fourth birthday in 2021 with a Little Mermaid-themed birthday bash. Briana posted about the fun party in Florida on social media, writing “Cheers to 4 yrs! My little estellita, I love being ur mama!” in one of the posts, per The Sun. The party was elaborately decorated with an under-the-sea display completed with dozens of balloons and a five-tiered cake.