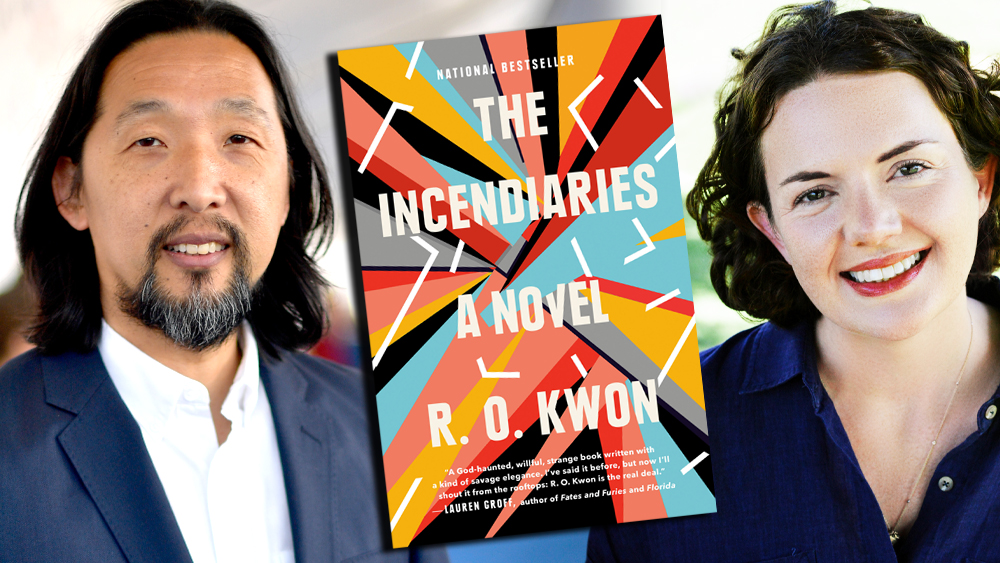 EXCLUSIVE: FilmNation Entertainment TV is developing a limited series based on R.O. Kwon’s critically acclaimed novel The Incendiaries. The series will be written by Lisa Randolph (Jessica Jones, Star Trek: Discovery) and directed by Kogonada (Pachinko, After Yang).

FilmNation Entertainment will produce in association with Wishmore Entertainment. The project is currently being shopped around.

The Incendiaries is a powerful love story that explores themes of intimacy, belief, and fanaticism. The series is set in the world of a prestigious college, where two passionate young lovers are entangled in a crisis of faith, struggling against outside forces to hang onto one another.

“I spent ten years writing The Incendiaries, after which it was all the more heartening that the book was received as a national bestseller from its first week of publication and named a best book of the year by over forty publications. Now, I’m thrilled that The Incendiaries has found its way to a team I’m so excited about: I deeply admire FilmNation’s work and am utterly delighted by Lisa Randolph’s brilliant scripts, which are both so true to the novel and tell its story in new ways I couldn’t have imagined. I’ve loved and rewatched Kogonada’s work for years,” Kwon said in an exclusive statement to Deadline.

“As soon as we read The Incendiaries we were entranced by the brilliance of R.O. Kwon’s singular characters and the story’s profound themes,” Berk shared. “This book is an intense exploration of how the crisis of faith and the burning passion of first love combine to drive people to unimaginable extremes. Lisa and Kogonada are the perfect creative partnership to bring this book to TV, and we are thrilled to be collaborating with both of them.”

Kwon’s nationally bestselling first novel, The Incendiaries, has been translated into 7 languages and was named a best book of the year by over 40 publications. Kwon and Garth Greenwell coedited the bestselling novel Kink, which is a New York Times Notable Book and the recipient of the inaugural Joy Award.

Kwon is represented by Trident Media Group Literary Agency and UTA, which brokered the deal.

“When I read R.O. Kwon’s novel upon its release four years ago, I was enthralled by its thrilling beauty. I’ve been chasing it ever since. I am so excited to work with FilmNation in bringing Will and Phoebe’s story to a new audience, who I know will be similarly transported by this gripping tale of love, grief, and faith. To partner with an artist as visionary as Kogonada on this absolute passion project is the stuff creative dreams are made of,” said Randolph.

She is represented by UTA and Shapiro Johnson Slewett & Kole.

“I was immediately taken by R.O. Kwon’s story of class, reinvention, and the loss and radicalization of faith, which seems more relevant than ever. I’m delighted to be working with Lisa Randolph and FilmNation to help bring this haunting, revelatory work to life,” said Kogonada.

Bella Hadid Gets a Dress Sprayed on Her Nude Body for a Total Fashion Magic Trick
The Bestselling Books of the Week, According to NYT, USA Today, Publishers Weekly, and Amazon
‘Dreaming Whilst Black’: A24 Boards Full Season Of Adjani Salmon’s BBC Three Web Comedy
How JJ Redick Won Friends and (Finally) Began to Influence People
Alex G Performs “Miracles” on Colbert