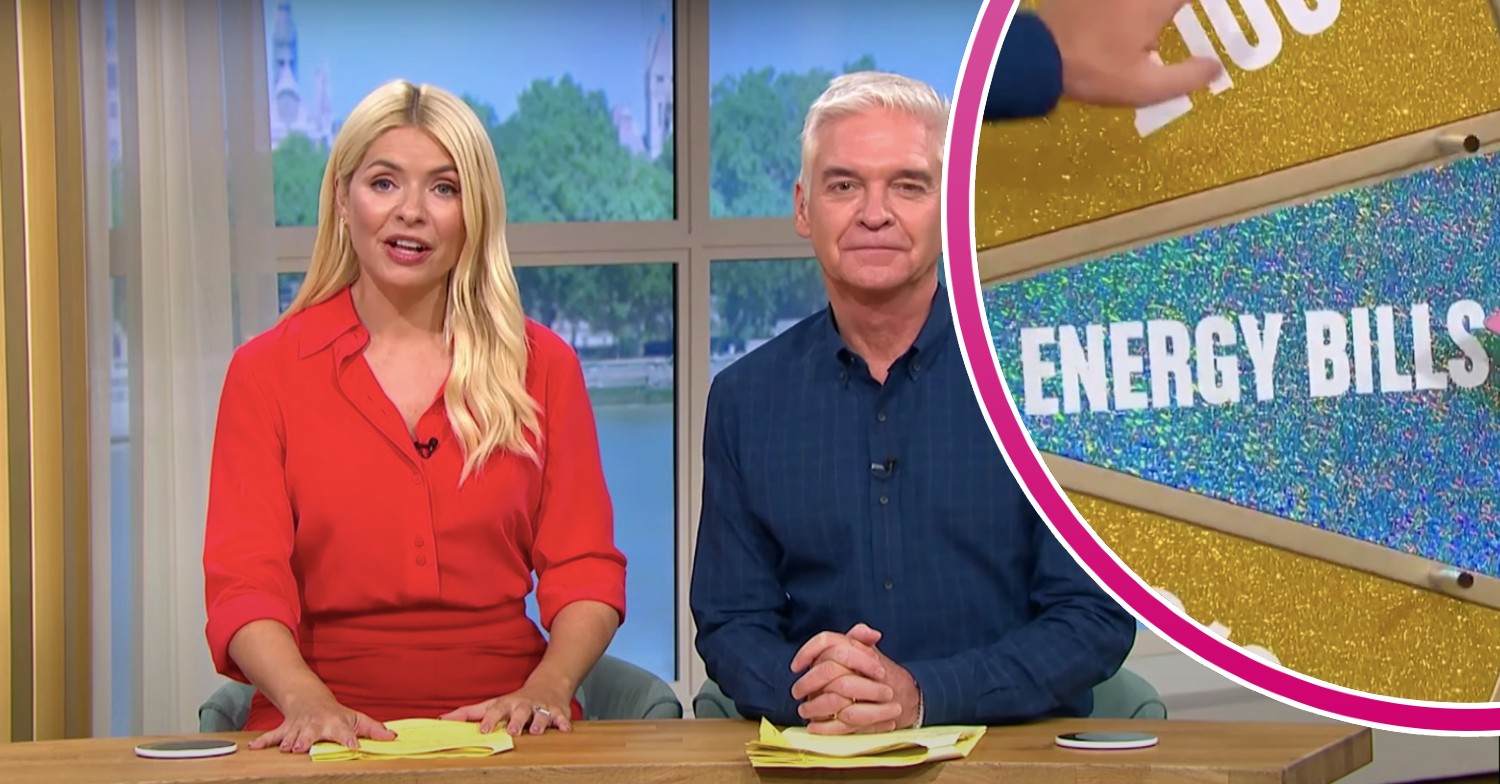 This Morning viewers were left ‘sad’ by the show’s latest addition to the list of Spin to Win prizes today.

Presenters Holly Willoughby and Phillip Schofield have returned to the show today, along with the segment Spin to Win.

However, the show has introduced a new prize to the wheel and viewers are not impressed, branding the competition prize as ‘sad’!

Spin to Win on This Morning today

This Morning presenters Holly and Phil have returned to the show after taking a break during the summer.

And so has the the Spin to Win game, where lucky callers can win prizes from the wheel.

However, the show has introduced a new addition to the mix of prizes.

Holly and Phil announced that one of the prizes on the wheel will see This Morning cover four months’ worth of energy bills.

Phillip asked one caller whether he was concerned about the energy bills, to which the caller replied: “Oh, major. I’ve got one of these pre-payment meters and it’s absolutely murder.”

So the caller was relieved when the wheel landed on ‘energy bills’.

He said: “Oh my god, thank you. Fantastic. What a relief.”

However, some viewers were shocked with the new competition prize branding it a ‘sad’ reflection on what our country is going through right now.

One viewer wrote: “If this doesn’t perfectly showcase what a dire state this country is in. TV shows like #ThisMorning are now having to help us pay energy bills.”

Another said: “What a sad state of affairs that energy bills are now a competition prize.”

Someone else tweeted: “This is shocking and dystopian. And it’s dangerous too because it helps to normalise the current, unsustainable and horrific situation. I had a friend crying about this recently. It’s NOT a [bleep] gameshow.”

He wrote: “#ThisMorning has turned completely dystopian and Black Mirror by offering to energy bills a competition prize.”

Leave us a comment on our Facebook page @EntertainmentDailyFix and let us know what you think of our story.