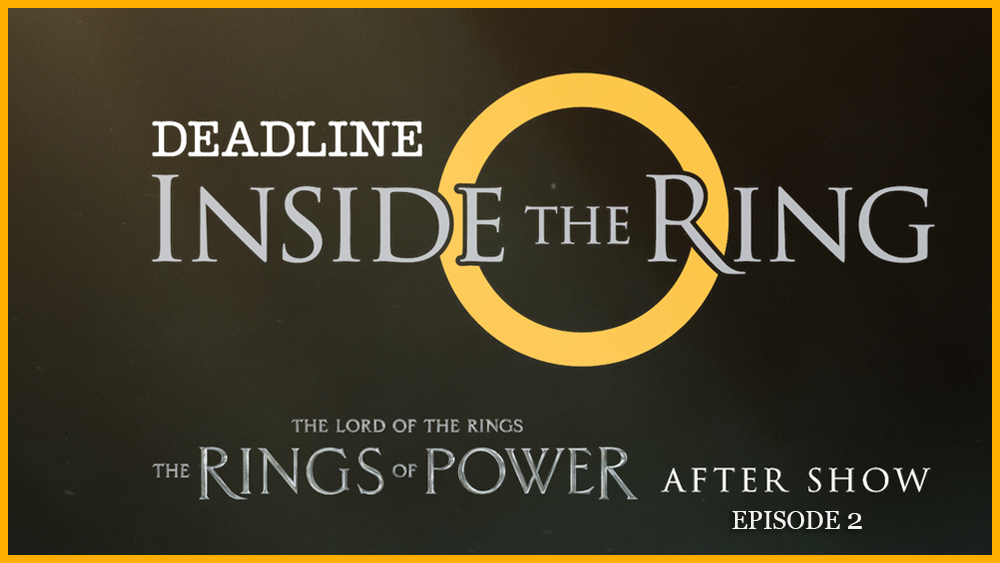 SPOILER ALERT: This video contains details & exclusive behind-the-scenes looks from the second episode of Prime Video’s The Lord of the Rings: The Rings of Power, which debuted on September 1. A new episode of Inside The Ring will drop every week of Season 1 of Rings of Power. Check out Episode 1 from earlier today here.

“We did talk about Buster Keaton and silent film, and we want this to be a character who is communicating through gesture and through his eyes,” The Lord of The Rings: The Rings of Power co-showrunner Patrick McKay says of the mysterious Stranger character in the latest episode of Deadline’s Inside the Ring after show. “We find his performance really extraordinary,” McKay adds of the work by Daniel Weyman in the role that has quickly captivated Tolkien fans new and old since the September 1 launch of the series.

“It’s been pretty easy actually,” Weyman himself told us of playing the near mute Stranger, who literally lands among the Harfoots in the second episode of The Rings of Power. “ I felt that the way they wrote they gave me exactly what I needed in any given moment in that script,” the actor states in our new video series Deadline’s Inside the Ring: LOTR: The Rings of Power after show – as you can see in the video above.

Packed with exclusive interviews, footage and insights, Deadline’s Inside the Ring will unveil a new episode every week soon after a new episode of The Rings of Power appears on Amazon Prime Video.

The streamer put out the first two episodes of the epic aspiring series a couple of days ago and we’re putting out two episodes of Inside the Ring today. Featuring interviews with McKay, co-showrunner J.D. Payne, EP Lindsey Weber and cast members Morfydd Clark (Galadriel), Robert Aramayo (Elrond), Ben Walker (Gil-Galad), Charles Edwards (Celebrimbor) and more, the first episode posted a couple of hours ago. Focusing on the J. A. Bayona directed “Adrift,” this second episode of Deadline’s Inside the Ring sees us talking to Sophia Nomvette (Princess Disa), Owain Arthur (Durin IV), Markella Kavenagh (Nori), Megan Richards (Poppy), Weyman (The Stranger), Sara Zwangobani (Marigold), and Robert Aramayo (Elrond) as well as the showrunners and Weber.

Picking up right where Episode 1 of Rings of Power left off, “Adrift” finds Harfoots Nori and Poppy discovering the mysterious Stranger who has fallen from the sky. Meanwhile, in the human realm of the Southlands an ominous underground tunnel is discovered by Elf Watchman Arondir and human healer Bronwyn. Seemingly adrift at sea, Galadriel is recused from the sea by the mysterious Halbrand and other humans, but their safety is short-lived. 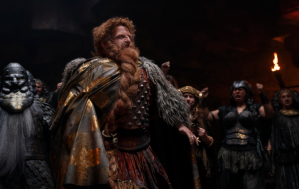 With all that, the Elves are planning to build a massive tower with a great furnace, but they lack the workforce to pull it off.

So, Elrond to travel to the Dwarf mountain kingdom of Khazad-dum in the hopes of rekindling his friendship with crown prince Durin. After a 20-year break, the reunion is rocky, literally and figuratively at first. However, thanks to Durin’s wife Princess Disa, Elrond and Durin bury the hatchet and the Elf’s proposal is passed onto the King. Still, as friendship reignites in one part of Middle-earth, intrigue and evil are making an appearance in another as the vile Orcs are discovered in the Southlands.

Watch the video above to see what it all means and where it could be going.

Upcoming Disney Movies: Full List Of Titles And Release Dates
The Resident Round Table: Politics Fatigue, Kit’s Fallibility & The Elevator Scene
Constance Wu Says She Was Sexually Harassed By Producer: He ‘Grazed Her Crotch’
The Avalanches Cancel 2022 Tour Due to “Serious Illness”
Maisie Williams Tears Up Recalling “Traumatic” Relationship With Her Estranged Father