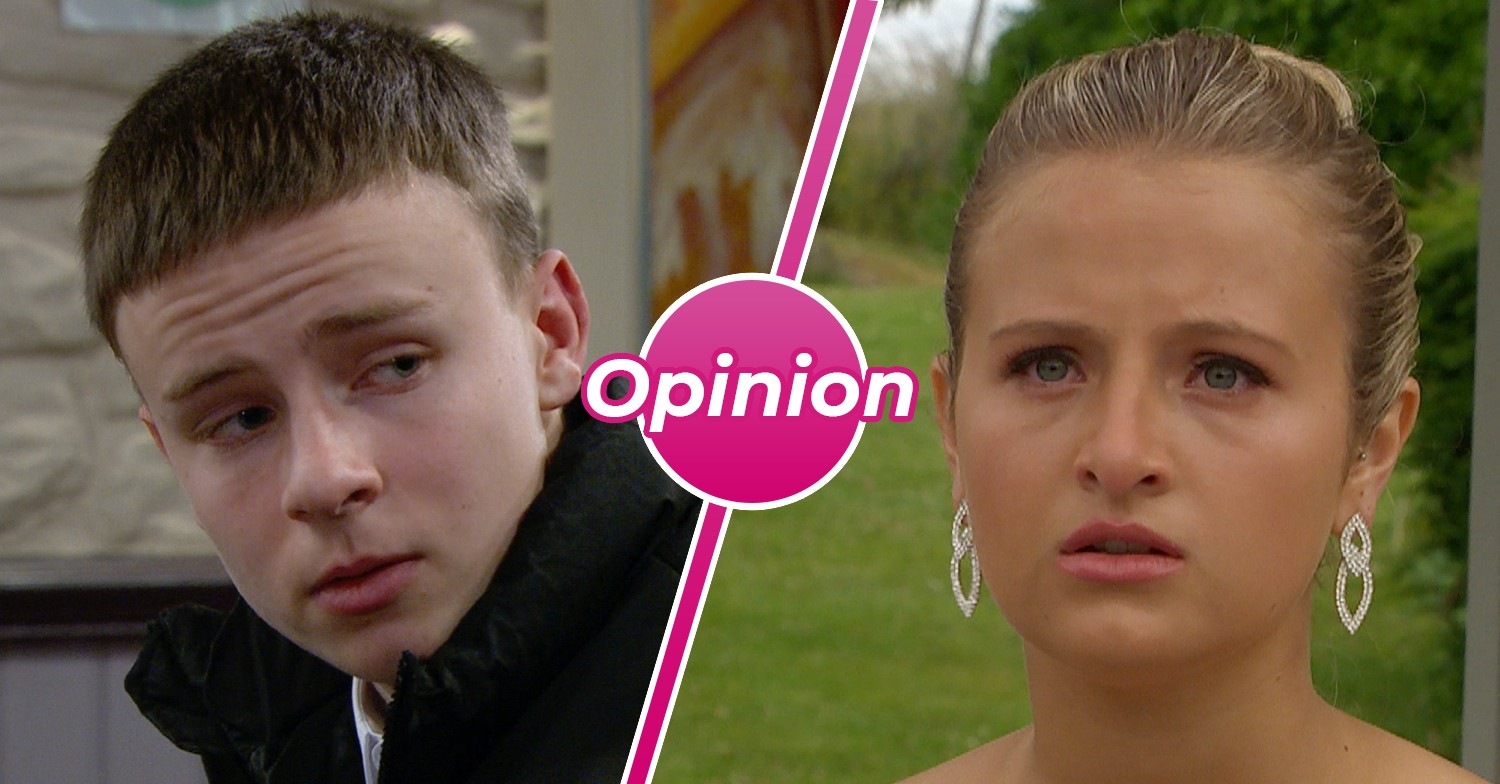 Oh Emmerdale, of all the silly, silly decisions you’ve made over the years – this one is ridiculous.

At some point in the last 50 years it probably was quite shocking for a teenager to have a baby – but those days are long gone.

Teen pregnancies are hugely down on years gone by, and that includes the Dingle family.

It’s considered a geriatric pregnancy to give birth after the age of 20 in that family of reprobates.

Which is why making Samson the father of Amelia Spencer’s baby was all the more stupid.

Putting aside that making Jesus’ representative in Emmerdale a teen mother is a massive story fail on its own, Samson being the dad? Urgh!

Any child dragged up by Sam was bound to be troubled – but Samson somehow managed to escape that.

He even defied all logic to want to become a make-up artist, showing some real skill.

Emmerdale has made a big mistake

However that new passion of his was soon forgotten.

Samson hasn’t been near a Kylie Jenner eye shadow in the months since the soap contrived to put him near Amelia.

In fact he was barely seen at all since the super secret sexual dalliance happened.

It was the twist that was seen coming by literally everyone watching – and not in a good way.

With so many potential storylines knocking around, and so many possibilities for who got Amelia pregnant – you’d think bosses would chose an interesting one.

Instead it’s like they hurled darts at a wall full of pictures of the Dingles and one landed on Samson.

And wouldn’t you just know it that as soon as he finds out there’s a baby, he turns into a completely different person.

Gone is the kind and compassionate Samson viewers know.

And instead we get a surly moron shouting to demand Amelia gets an abortion.

It is the wrong decision and not only is a stupid one – worse than that – it is a boring one.

And Emmerdale cannot afford another boring storyline at the moment.