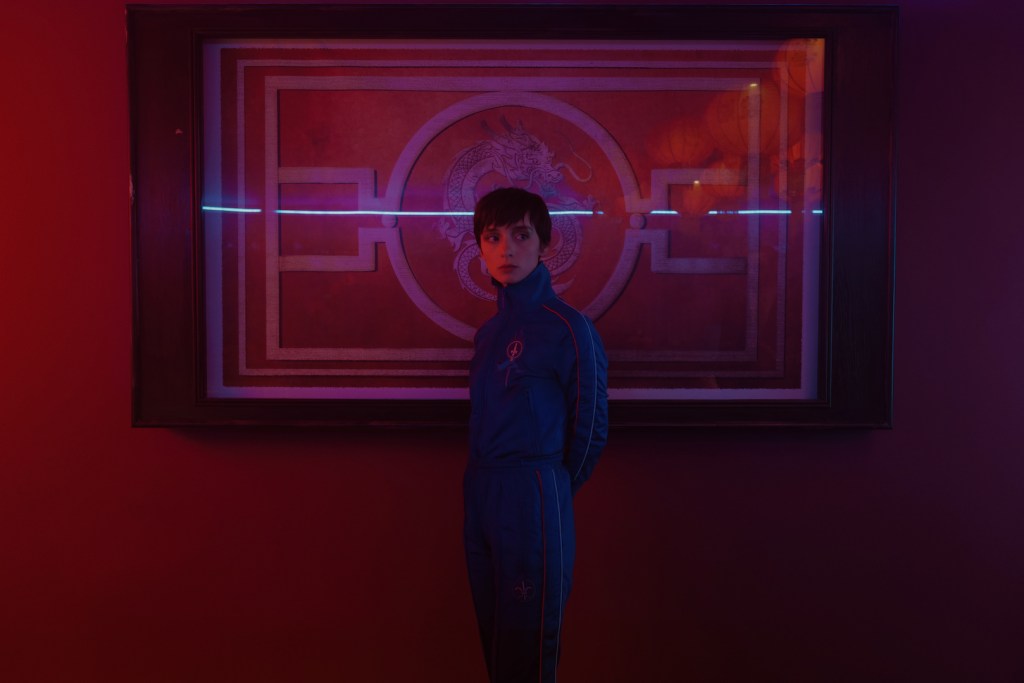 Netflix has dropped the first teaser for Nicolas Winding Refn’s upcoming six-episode series Copenhagen Cowboy which will debut at the Venice Film Festival later this week. The series marks the filmmaker’s first production in his native Denmark in 15 years. Check out the teaser above and some new stills below.

Copenhagen Cowboy revolves around a young heroine called Miu (Angela Bundalovic). After a lifetime of servitude and on the verge of a new beginning, she traverses the ominous landscape of the eponymous city’s criminal netherworld. Searching for justice and enacting vengeance, she encounters her nemesis, Rakel, as they embark on an odyssey through the natural and the supernatural. The past ultimately transforms and defines their future, as the two women discover they are not alone, they are many.

When the series was originally announced, Winding Refn commented, “With Copenhagen Cowboy, I am returning to my past to shape my future by creating a series, an expansion of my constantly evolving alter-egos, now in the form of my young heroine, Miu.”

The director of the Pusher trilogy, Drive and The Neon Demon also hinted at future collaborations with the platform.

“Collaborating with Netflix and bringing this show to life has been an absolutely wonderful experience on all levels. I not only perceive them as my partners with many future adventures to come, but also as my friends. The new term has been born: Netflix Winding Refn.”

Khloé Kardashian Shared a Sweet Behind-the-Scenes Look at Her Baby Son’s Birth
Reba McEntire’s Kids: Everything to Know About Her Son & Stepkids
Pierce Brosnan on Being James Bond, Working with Robin Williams and Singing with Meryl Streep
‘Hellraiser’ – The Original Electronic Score for Clive Barker’s Horror Classic That Was Never Used
Hero Fiennes Tiffin Admits ‘After Ever Happy’s Heartbreaking Ending Was ‘Surprising’ To Him