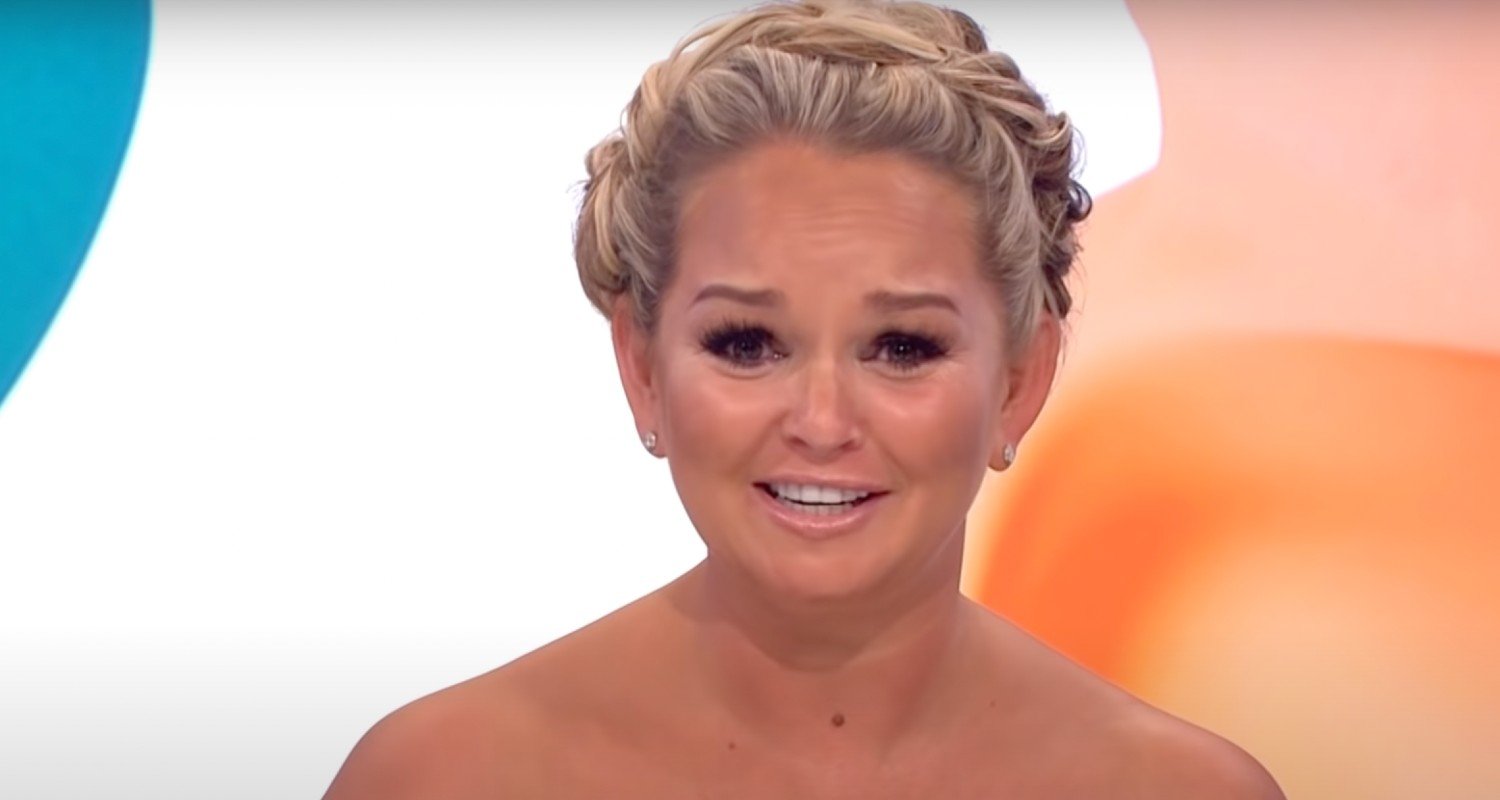 Celebrity SAS: Who Dares Wins star Jennifer Ellison is best known for her former roles in Brookside and slicing her head open with her blade on Dancing on Ice.

But the bubbly blonde has sadly suffered a dark past.

The 39-year-old Liverpudlian is currently competing in Celebrity SAS: Who Dares Wins, which airs on Sunday night (September 4) on Channel 4, and showcasing her grit and determination.

Jennifer previously opened up about abuse that she allegedly suffered in her first serious relationship.

She met former fiancé Tony Richardson when she was just 16 and had a whirlwind romance with the sunbed shop owner.

Speaking to Cosmopolitan in 2008, she said they got together when she was 17.

Jennifer said within a week they’d jetted off on holiday.

Then a year later they moved in together and he proposed on Christmas Day in 2002.

However, their happiness appears to have been short-lived.

We’d have stupid tiffs, but he didn’t know when to stop.

“The attacks started pretty early on in our relationship. It began with mental rather than physical abuse. He’d criticise how I looked, accuse me of flirting with other men and question me all the time about who I’d been with and where I’d been,” she claimed.

“Then came the odd slap. We’d have stupid tiffs, but he didn’t know when to stop.”

The domestic violence got worse, Jennifer claimed, including an incident in a London nightclub.

She alleged: “Once, about six years ago, he smashed me over the head with a beer bottle in front of all my friends. My face, eyes, hair and mini dress were covered in blood.”

‘I thought he’d change, so I forgave every smack’

Despite suffering injuries, bruises and cuts, Jennifer revealed she couldn’t bring herself to leave.

She said he could be “so nice, charming and supportive, and he was always so apologetic after he hit me”.

She alleged he “used to beg me to forgive him”.

And she said she did, admitting she thought he’d “change” so she “forgave every smack”.

Jennifer even claimed she covered up a broken collarbone in 2005, telling doctors she’d fallen over.

However, the final straw came when she found out Tony had allegedly been cheating. The betrayal became the catalyst Jennifer needed to break free from the relationship.

Is Jennifer Ellison married? Who is her husband?

The star has since gone on to find love with husband Rob Tickle, who she married in 2009.

Richardson, meanwhile, was jailed in 2011 after admitting to an unrelated charge of wounding with intent after attacking a man with a crook lock outside a restaurant.

Jennifer is on Celebrity SAS ‘to graft’

Ahead of taking place in the new series of Celebrity SAS on Channel 4, Jennifer revealed her motivation for getting back on TV screens.

She explained: “I wanted to do it because I’d not done anything for so long. I’ve had this kind of break from what I grew up doing and love doing, and kind of lost my identity a little bit.

“So the opportunity came along and I just thought, I’m going to grab it with both hands and see I can still do my stuff.

“It was more of a challenge for me personally, to see if I could test myself and kind of remember who I am and the fire I used to have inside of me.”

She added: “Celebrity SAS: Who Dares Wins is honestly the most excruciating, unbearable, going to hell and back thing you can do.

Celebrity SAS: Who Dares Wins begins on Channel 4 this Sunday (September 4) at 9pm.

Dress Code: Pragmatic
Coolio EMT’s Tried CPR for 45 Minutes Before Pronouncing Him Dead
‘Smile’ Now At $19M Weekend Opening – Saturday AM Box Office
Upcoming Disney Movies: Full List Of Titles And Release Dates
A Father and His Son Have Been Charged With the Killing of PnB Rock