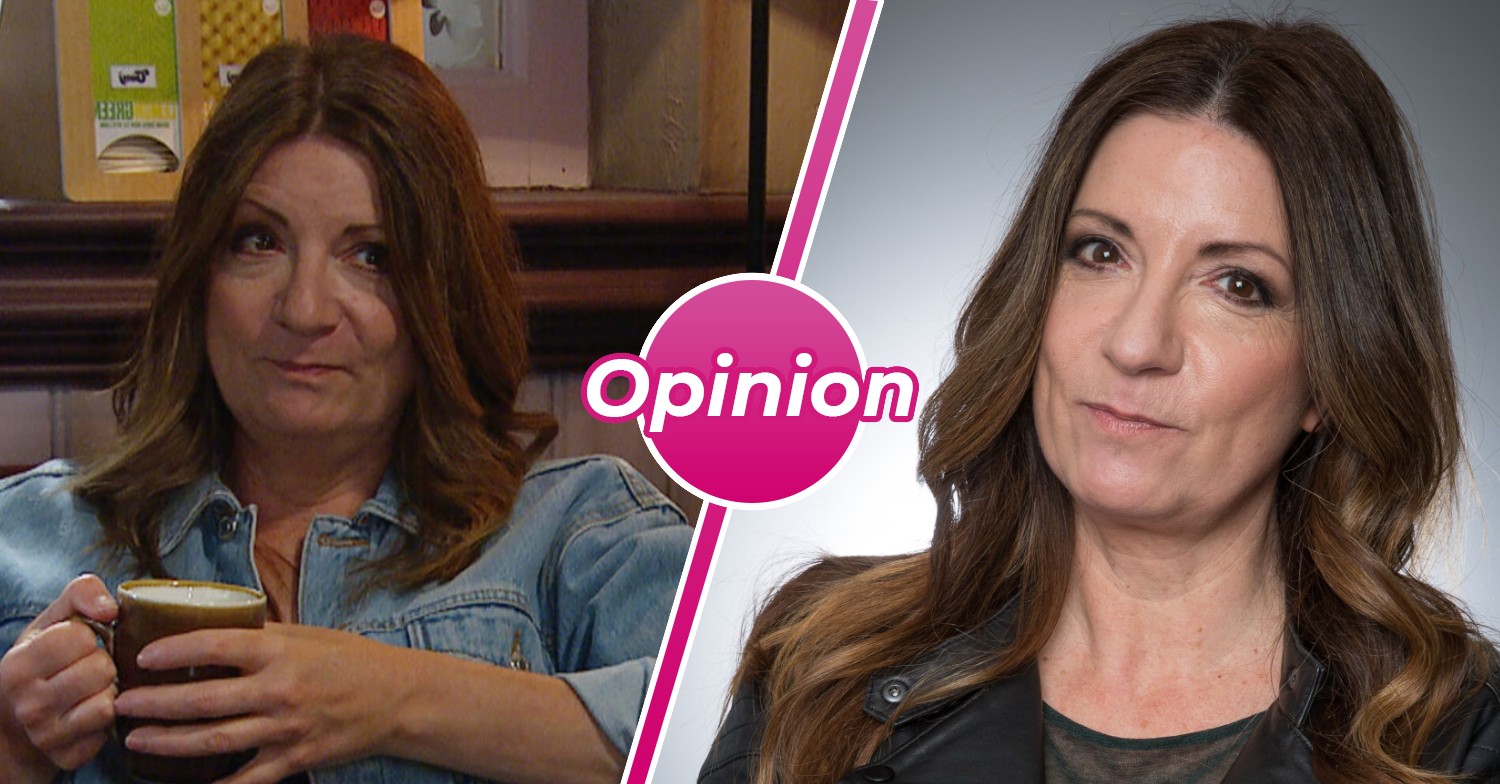 Emmerdale bosses have ruined some characters on the ITV soap in their time but this one takes the biscuit: step forward Harriet Finch.

Harriet has been completely destroyed beyond all recognition – and we demand to know the reasons why.

The days of her having it off with her various criminal lovers in the vestry seem like a world away now.

She’s helped kill her lover, bent cop Malone, before hiding his body, moving it twice, and then covering it up using her special kills.

However the strong, kind Harriet went completely to pieces.

She used to be a thoroughly decent, though flawed, character.

But her life was destroyed – and she changed.

But she’s set to be tempted back by ex Will Taylor because of course she is.

Not content on changing her job back to being a – demoted – police officer – she has to go full speed reverse to get a storyline.

Let’s not pretend that Will is in any kind of great love story with Kim Tate.

There’s another woman, this time a proper legend, being treated badly by the soap storyliners.

Now bosses reveal that the two women will go head to head for Will.

On what planet would a highly intelligent, decent professional woman like Harriet and multi-millionaire businesswoman / super scheming villain like Kim want Will Taylor?

He’s a former drug dealer who apparently has quite incredible hidden attributes.

But no, Harriet will want this prize back because she’s lost all agency.

Everything that made her a brilliant character has been stripped away.

The month she spent hiding in the basement must have done quite the number on her – she’s totally ruined.

Emmerdale bosses must fix this – or write her out so actress Katherine Dow Blyton can join a show that appreciates her talents.