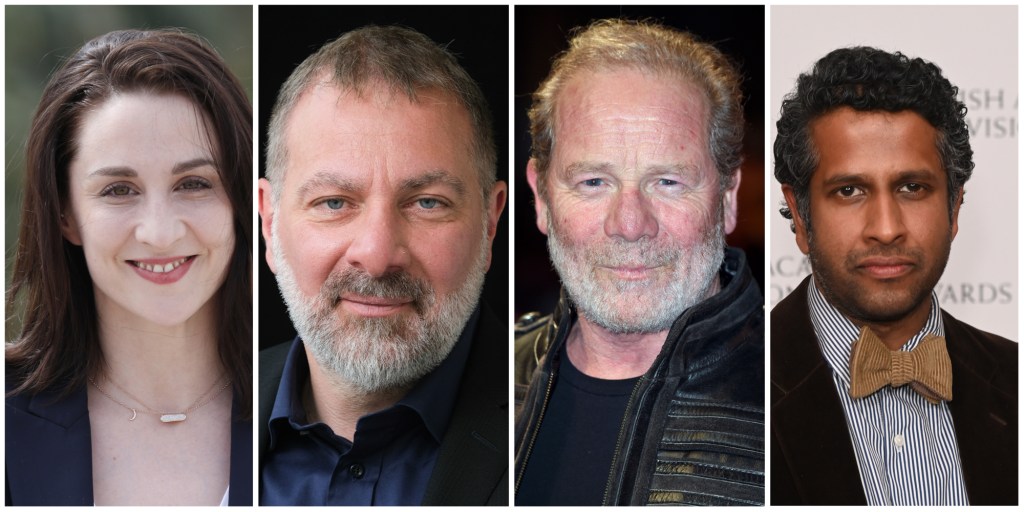 Jed Mercurio’s HTM Television’s is working on Payback, a six-part crime drama for the UK’s ITV and Britbox International. Morven Christie, Peter Mullan and Prasanna Puwanarajah are leading the cast, and screenwriter Debbie O’Malley is writing.

Billed as a “compelling character-led series,” Payback will follows Lexie Noble, (Christie; The Bay, The A Word, Ordeal by Innocence), as she becomes entangled in a perilous police operation to topple a notorious crime lord, Cal Morris (Peter Mullan; The Lord of the Rings: The Rings of Power, The Underground Railroad, Ozark). Puwanarajah and Derek Riddell play financial investigators looking into Lexie’s husband Jared, who has been laundering Cal’s illegal earnings behind her back.

ITV Head of Drama Polly Hill said: “Payback is a brilliant thriller which questions how well you know your partner and as the secrets come out, asks who you can trust.  Debbie has written compelling scripts that will keep the audience hooked and surprised. I’m delighted to be working with Morven Christie again, and of course Jed Mercurio and Madonna Baptiste at HTM Television.”

Writer O’Malley has written for Call the Midwife, Humans and Harlots, and her three-part series The Guilty aired on ITV in 2013.

“Working with Debbie has been a joy, and everyone at HTM is proud to bring her thrillingly propulsive crime series to screen,” said Mercurio and Baptiste in a statement. “We are very excited to announce a stellar line up of acting talent and pleased to be working with immensely talented directors and production team.”

Following our ordinary wife and mother through the loopholes and increasingly grey areas of fiscal malpractice, into the murky world of organised crime, Payback poses the disconcerting question: just how far might any of us go, if we thought we could get away with it?”

BritBox International will co-produce the series and be the exclusive home to the series in the U.S., Canada, Australia, South Africa, Denmark, Sweden, Finland and Norway. The BritBox deal was negotiated by Hat Trick International, which represents the show globally and whose parent, Hat Trick Productions, a a joint venture partner in HTM.