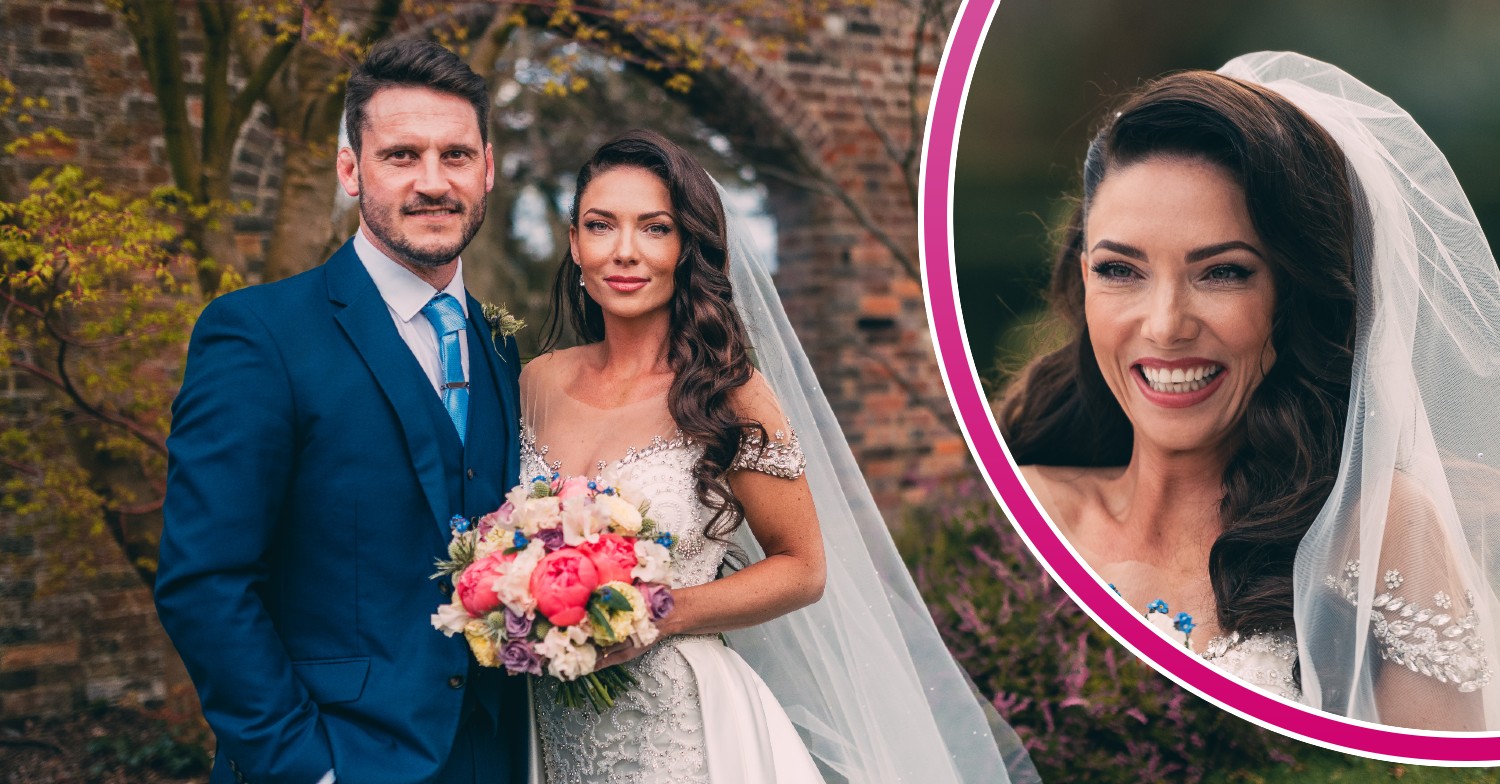 Before starring in this year’s season of Married At First Sight UK, April Banbury had actually starred in two other reality TV shows.

The former Miss GB later swapped her life in the spotlight to be a dressmaker.

But it appears she’s ready for reality shows again, as she went on to marry a complete stranger in MAFS UK last night.

So what has April been on before?

Ahead of the show, she revealed that her friends joke that she’s “always the bridal designer, never the bride”.

But she’s determined to change that label and put her love life in the hands of the relationship experts on the show.

In last night’s episode, April took the plunge and met her husband for the first time at the altar.

The pair seemed to be getting along well, until April learned that she could be taking on more responsibility than she bargained for.

Her new husband George dropped the bomb that he has four kids at home.

A stunned April said she was “freaking out a bit” as she was nervous about being a mother figure to the children.

But while she’s be unlucky with love and reality TV romances in the past, could this finally be the year that she meets Mr.Right?

Before MAFS UK, April starred on The Cabins in November 2020, where she shared a log cabin with model Ryan Darvill.

The pair hit it off on the show and became popular for their steamy bath scene together.

Since filming the series, April confessed that she still wanted to meet up with her cabin crush but Covid threw a spanner in the works.

She told the Mirror: “We can’t mix, we can’t risk giving each other Covid. It would be detrimental to our work. I have found it particularly hard.

“I so want to see him, to see how it goes and to progress on a romantic level, building on what we’ve got. We’re taking things slowly, we have no choice.”

Although the couple confirmed that they were still together during the reunion, the pair have sadly split up since.

April also competed for the love of rugby player Gavin Henson on the Channel 5 series The Bachelor in 2011.

During her time on The Bachelor, April infamously broke down at a cocktail party after she thought she would be heading home.

She explained: “I think I just got emotional, like I’m the only one out of all of the 15 girls who hasn’t got a chance to speak to him.

“It just brings back memories of when I was at school and I got bullied.”

But much to April’s surprise, she was saved at the rose ceremony and came third place in the series after losing to Carianne.

Married At First Sight airs on E4 from Monday to Thursday at 9pm.

Leave us a comment on our Facebook page @EntertainmentDailyFix and let us know what you think of our story.