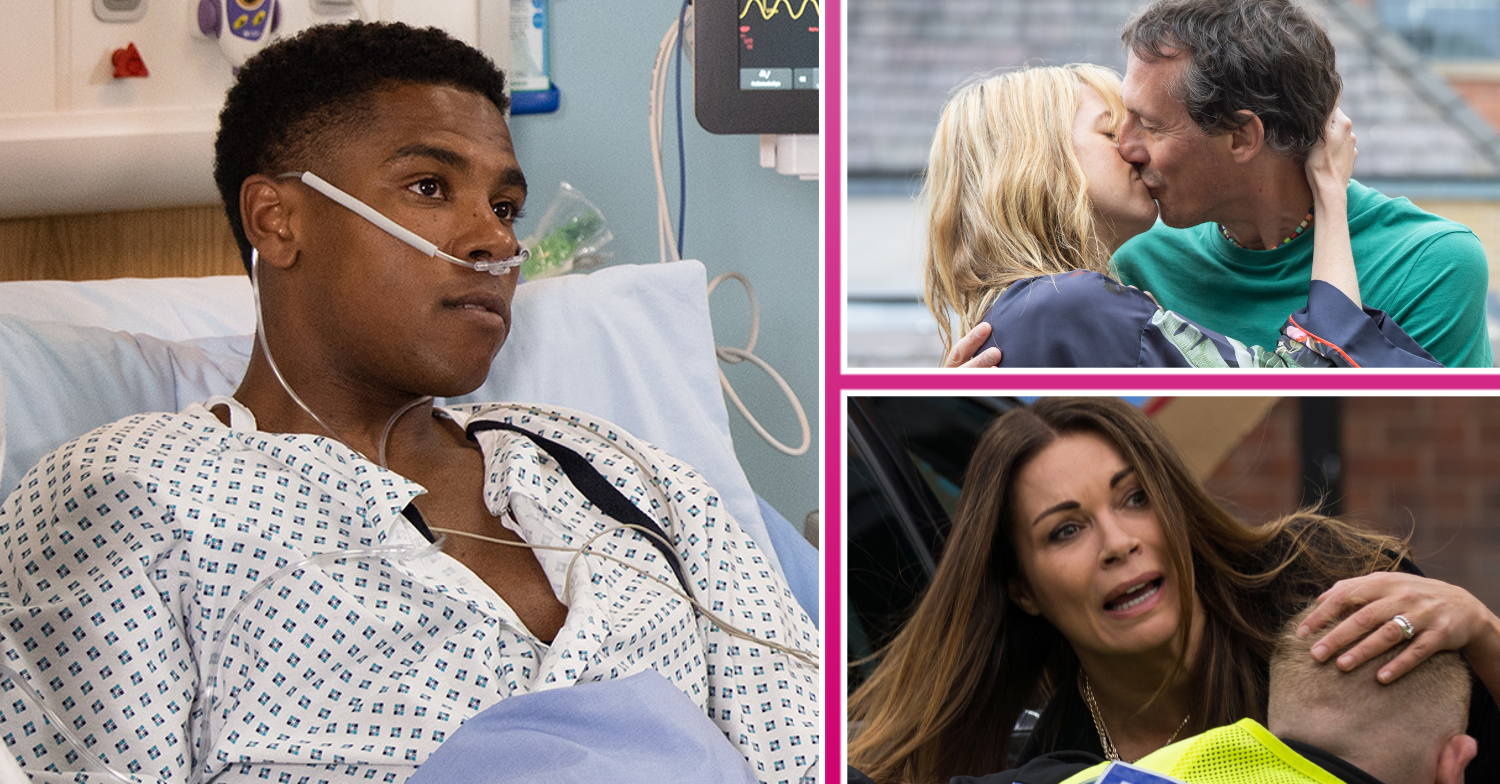 Coronation Street spoilers for next week reveal heartbreak for the Baileys as James’ football match ends with him being rushed off in an ambulance.

Will James be okay?

Elsewhere, Griff brings his protest to the streets of Coronation Street, causing nothing but trouble.

And, Spider confesses his love to Toyah.

All this and more in next week’s Corrie spoilers. 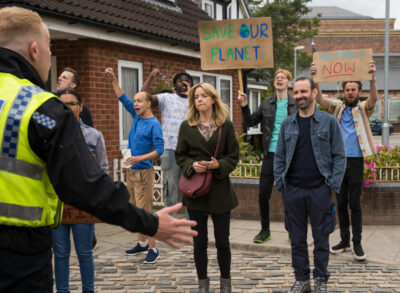 The protest against Nadeem takes over the street leading Carla to end the deal with him.

The Police turn up to deal with the protest but Griff only adds more fuel to the fire. 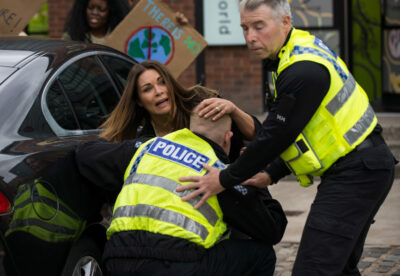 When Carla and Nadeem come out of the factory, Griff throws a bottle in their direction.

Instead of hitting its target, the bottle hits Craig’s head. 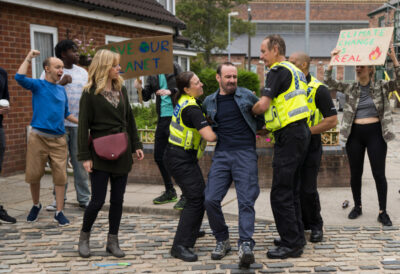 Griff gets arrested, leaving Toyah to question her involvement in the protest.

Is she being led in the wrong direction?

2. Carla warns Peter to stay away from Griff 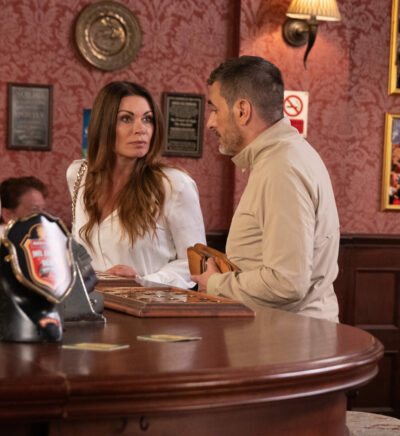 In the aftermath of the protest, Carla is shocked when to see Toyah and Griff still on friendly terms.

Griff tells her that he had nothing to do with Craig’s injury.

As Peter starts conversing with the troublemaker, Carla warns him to stay away. 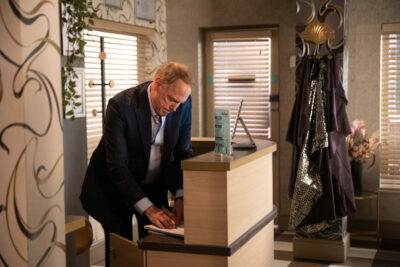 Stephen’s desperate for cash as his wife, Gabrielle, rocks up. 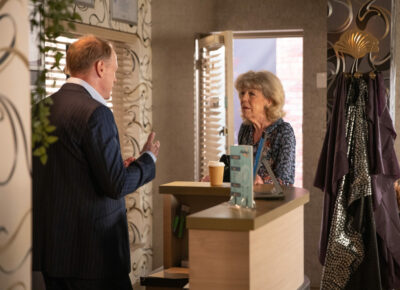 Later, fixated on Audrey’s trust fund, Stephen takes out the papers and tries to forge his mum’s signature.

Will he be caught red handed?

4. Tim opens up about his impotence 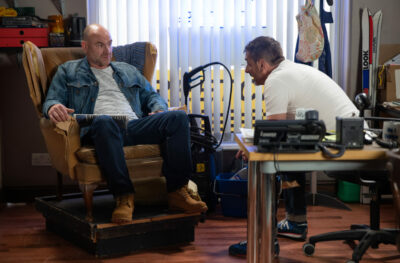 Over at Street Cars, Peter notices Tim hiding from his sex therapist, Trina.

Having to explain himself, Tim opens up about his impotence.

Can Peter support his friend through his struggles? 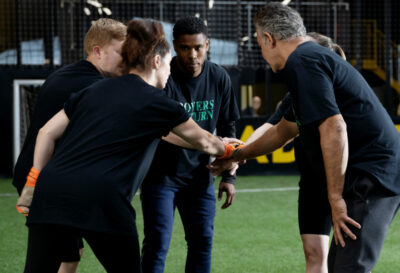 James is allocated the role of coach for the Rover’s charity football team.

However, when Tim quits the team after believing that Peter was making fun of him, James has no choice but to play. 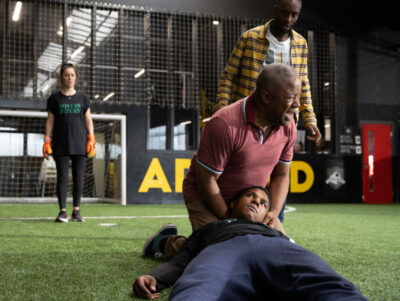 He helps the Rovers stay in front of the opposition but with minutes to go until the end of the match, James suffers a cardiac arrest.

Michael gives his brother CPR whilst Ed makes a panicked call to the emergency services. 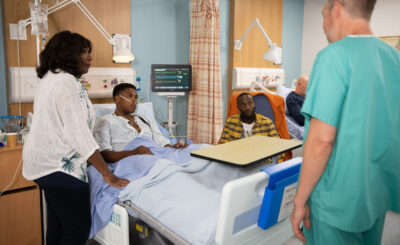 In hospital and with his family by his side, the doctors diagnose James with cardiomyopathy.

As he goes off to the operating table for an ICD fitting, will he pull through?

6. Ken and Wendy play their part 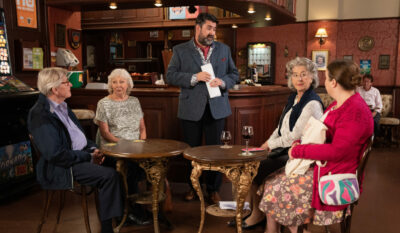 Tracy is furious at Ken for getting close to Wendy, the friends are seen in the Rovers.

Ken and Evelyn are devastated as they learn that they didn’t get a part in the play but their friends Brian, Wendy and Mary did.

7. Sam tries too hard to impress 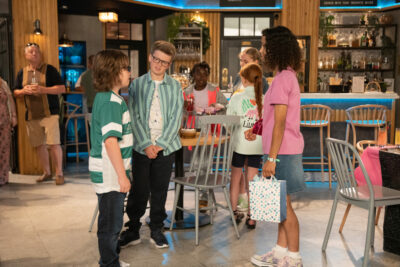 Sam wants to make himself liked at Jalena’s birthday party and turns up in a football kit, to fit in with the other children.

Jalena is unimpressed and plays chess with John instead because football isn’t her cup of tea.

Will Sam realise that he doesn’t need to change to please his crush? 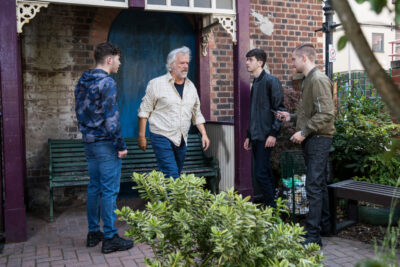 The word about Stu’s alleged crimes is spreading like wildfire and is affecting Speed Daal bookings.

On his way home, Stu comes across a group of youth who start verbally attacking him, calling him a ‘murderer.’

Can Stu restore his reputation?

9. Spider confesses his love for Toyah 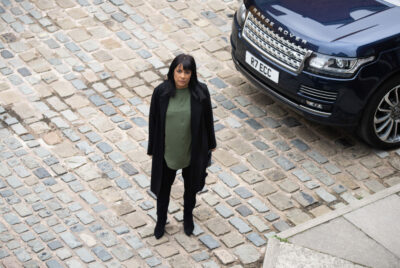 On the Street, Saira accuses Toyah of killing Imran on purpose so that she could get with Spider.

Up to no good, Griff suggests torching Saira’s car but Spider begs Toyah to not do anything stupid. 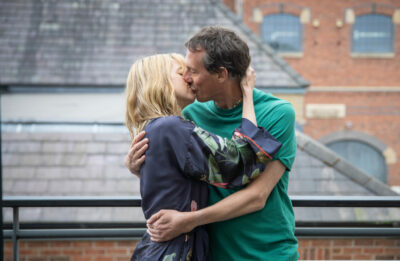 Spider protects Toyah from Griff, telling her that he’s ended his marriage and he’s in love with her.

Saira is furious when she sees the couple kissing on the balcony.

Is Spider serious about his feelings?

Leave us a comment over on our Facebook page @EntertainmentDailyFix and let us know what you think!

Khloé Kardashian reveals she turned down Tristan Thompson’s marriage proposal
Khloé Kardashian Rejected Tristan Thompson’s Secret Marriage Proposal
Noah Baumbach Thanks NYFF For Movie Career As ‘White Noise’ Opens Festival, Says It “Rescued My First Film ‘Kicking And Screaming’ From Straight To Video Heap”
The 5 Best Fantasy Movies (That Aren’t ‘Lord of The Rings’)
What’s up with all these crystal hair removers popping up on TikTok?