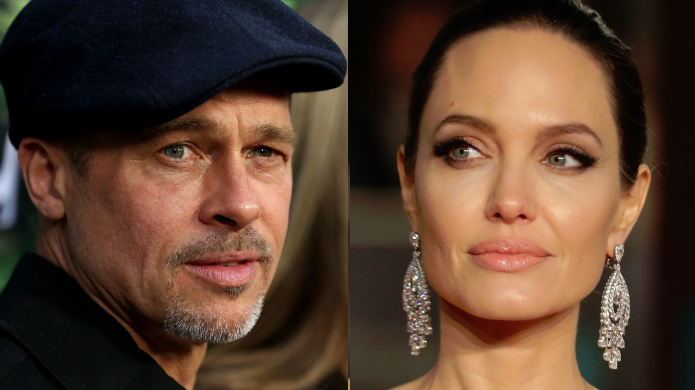 Angelina Jolie’s FOIPA lawsuit has unearthed horrifying details about that fateful flight in 2016.

A family stepped onto the plane. After the flight, she reported Brad Pitt to the FBI and filed for divorce.

For some reason, that report never led to justice. Jolie is seeking answers.

Now, the world can see photos from her injuries sustained on the flight.

Angelina Jolie’s report to the FBI from six years ago included photographs of her injuries.

These injuries included bruises on her hand and elbow.

Both appear consistent with her report at the time, in which she described attempting to restrain her when he tried to attack their son.

In Jolie’s account of that fateful flight from France to the US, she described Pitt as having been drinking.

According to her, during the trip, he yelled at her in a restroom on the plane, and “grabbed her head.”

He also allegedly “grabbed her by the shoulders,” shook her, and pushed her into the wall.

Pitt reportedly yelled at her: “You’re f–king up this family.”

The report redacted the names of their minor children, but apparently two “were outside the door crying.”

The children reportedly asked if Jolie was okay.

Instead of simply stopping the alleged assault, Pitt reportedly told them: “No, Mommy’s not OK.”

Per the report, one of their children — presumed to be Maddox — then mustered incredible courage.

“It’s not her, it’s you, you p–k,” the unnamed child reportedly told Pitt.

According to Jolie’s report, this sent him into a rage, prompting him to charge at their child.

Jolie explained that she jumped onto Pitt from behind “like in a choke hold” to protect their 15-year-old.

According to what she told the Bureau, he threw himself backwards, flinging her into a row of seats.

This, she explained, is how she sustained the “rug burn type wound” on her elbow and hand.”

The report also includes heavily redacted photocopies of handwritten accounts by some of the children who witnessed it.

Pitt allegedly continued to drink during the flight, and then had another physical altercation with Jolie upon arrival in Los Angeles.

The family was unable to deplane for 20 minutes while he seemingly held them hostage.

Despite all of this, nothing came of the report. One has to wonder why. And that is why Jolie is suing, after all.

We have no idea if Jolie’s FOIPA lawsuit will spur the wheels of justice.

In the mean time, it is sadly not surprising to see various social media accounts pop up to disparage her and rush to Pitt’s defense.

Jolie documented her injuries, promptly reported what happened, all after fighting to protect her kids. One can do everything “right” and still face vilification by certain segments of the public.

Lil Kim Reaffirms Cardi B Allegiance in Wake of Nicki Minaj, JT Beef
Clayton Echard Reveals Suicidal Thoughts, Says: Susie Evans Saved Me!
John David and Abbie Duggar Welcome Baby #2, Are “So Thankful to God”
Rihanna ‘Loved’ Playing ‘Dress Up’ For The 1st Time Since Baby At A$AP Rocky’s 34th Birthday Dinner
The Walk-In on ITV1: What to expect from episode 2 of the true story drama…