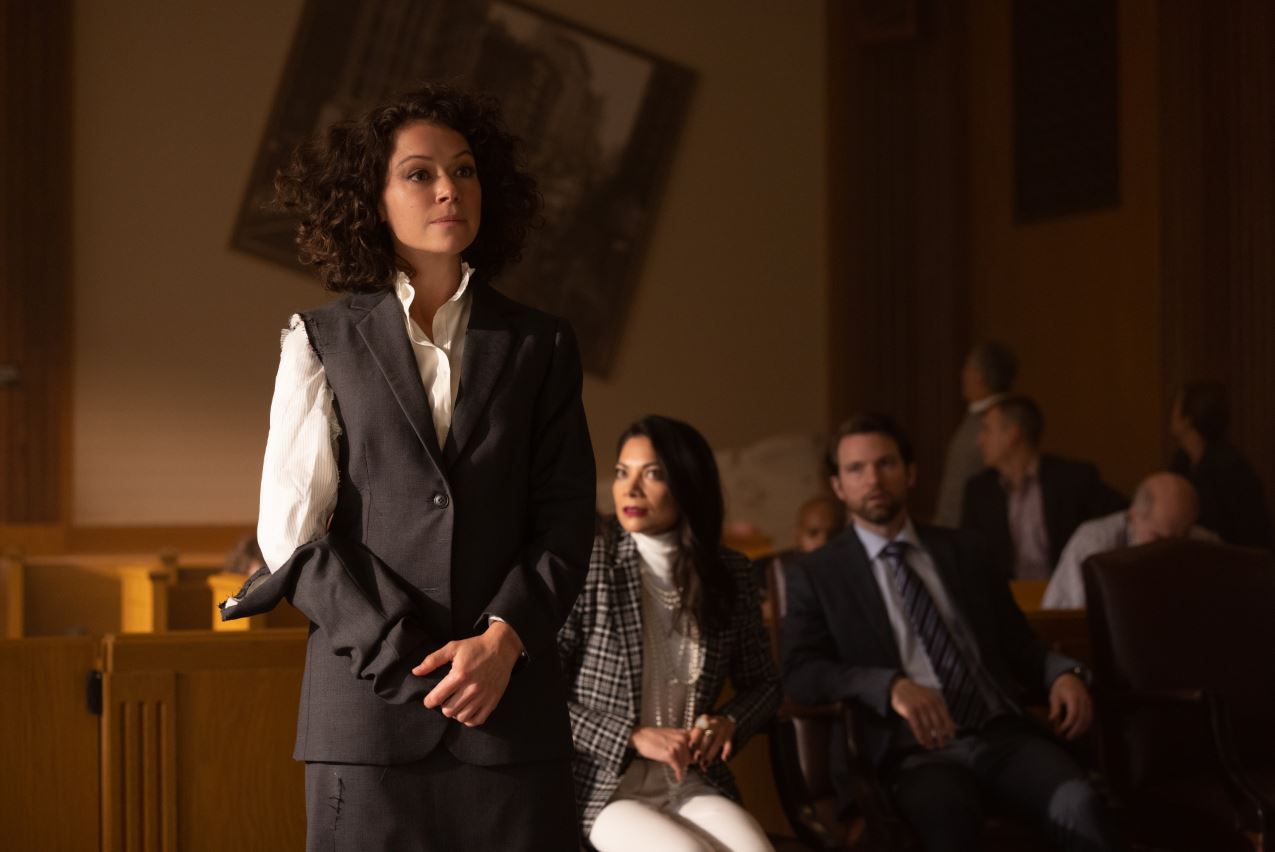 As we journey on into the future of the Marvel cinematic universe, the chief question among fans is this: how will the mega-billion dollar franchise avoid fan burnout and keep us engaged and interested? Many have already hopped off the Marvel train, or have been unwilling or unable to keep track of the myriad films and television series the company churns out. But even if you’re suffering from MCU fatigue, I urge you to check out the witty and wonderfully weird She-Hulk: Attorney at Law.

Marvel’s first attempt at a straight-up comedy delivers on its zany premise: Jennifer Walters (Tatiana Maslany) is living life as a Single Female Lawyer, dealing with bad dates, workplace sexism, and building a career. She also happens to be a Hulk, and her origin story takes up most of the show’s pilot episode. She-Hulk is a welcome tonal shift from the MCU, and from previous Disney+ offerings. From Walters’s asides to the camera (a reference to the comics character’s penchant for breaking the fourth wall) to the raunchy humor (a running joke about Captain America’s virginity delivers a hilarious mid-credits scene), the series comes in with a fresh and irreverent perspective on all things superhero.

After briefly meeting Jennifer preparing for closing arguments in a case, we flash back to the inciting incident, where Jennifer is involved in a car crash with her cousin, Bruce Banner/Hulk (Mark Ruffalo). The ensuing crash causes a co-mingling of their blood, which grants Jen Hulk-like powers. Bruce then takes his cousin to his secret beachside laboratory, where he aims to take her through Hulk 101. Having spent years trying to control and tame his Hulk, Banner’s Smart Hulk is a hard-earned marriage of the two distinct personalities. Bruce tries to prepare Jennifer for what could be a 15 year journey to control her alter ego.

But that’s not what happens. Almost instantly, Jennifer is in control of her Hulk, maintaining her memories and her personality as she effortlessly shifts between forms. It’s a shock to Bruce, who was intent on Hulksplaining Jennifer’s new condition. But while controlling emotions and anger may be a challenge for the average man, it’s merely existing for most women. Jennifer says (in what functions as a mission statement for the series), “I’m great at controlling my anger…I do it pretty much every day. If I don’t, I’ll get called ‘emotional,’ or ‘difficult,’ or I might just literally get murdered. So I’m an expert at controlling my anger, because I do it infinitely more than you.”

Part of what makes Jennifer’s journey so interesting is her complete indifference to being a superhero. She already has an established life, a career, friends. And from the looks of Bruce’s life, being an Avenger is nothing but “shady government contract work”, losing friends and loved ones, and having no life of your own. Jennifer drops some harsh truths, but the easy comedic chemistry between Maslany and Ruffalo softens their fundamental disagreements.

The pilot then whips us back to the present day, where Jennifer’s closing argument is interrupted by Titania (Jameela Jamil) bursting through the courtroom walls. Jennifer may not want to be a superhero, but when trouble shows up at her workplace, she’s not afraid to go green and deal with it. As the series goes forward, we’ll see how Jennifer juggles her newfound abilities with her normal life. And thanks to the quick humor and Maslany’s charismatic performance, I’m excited to see where the series goes.

What did you think of episode 1 of ‘She-Hulk’? Let us know in the comments!

‘She-Hulk: Attorney at Law’ is currently streaming on Disney+.