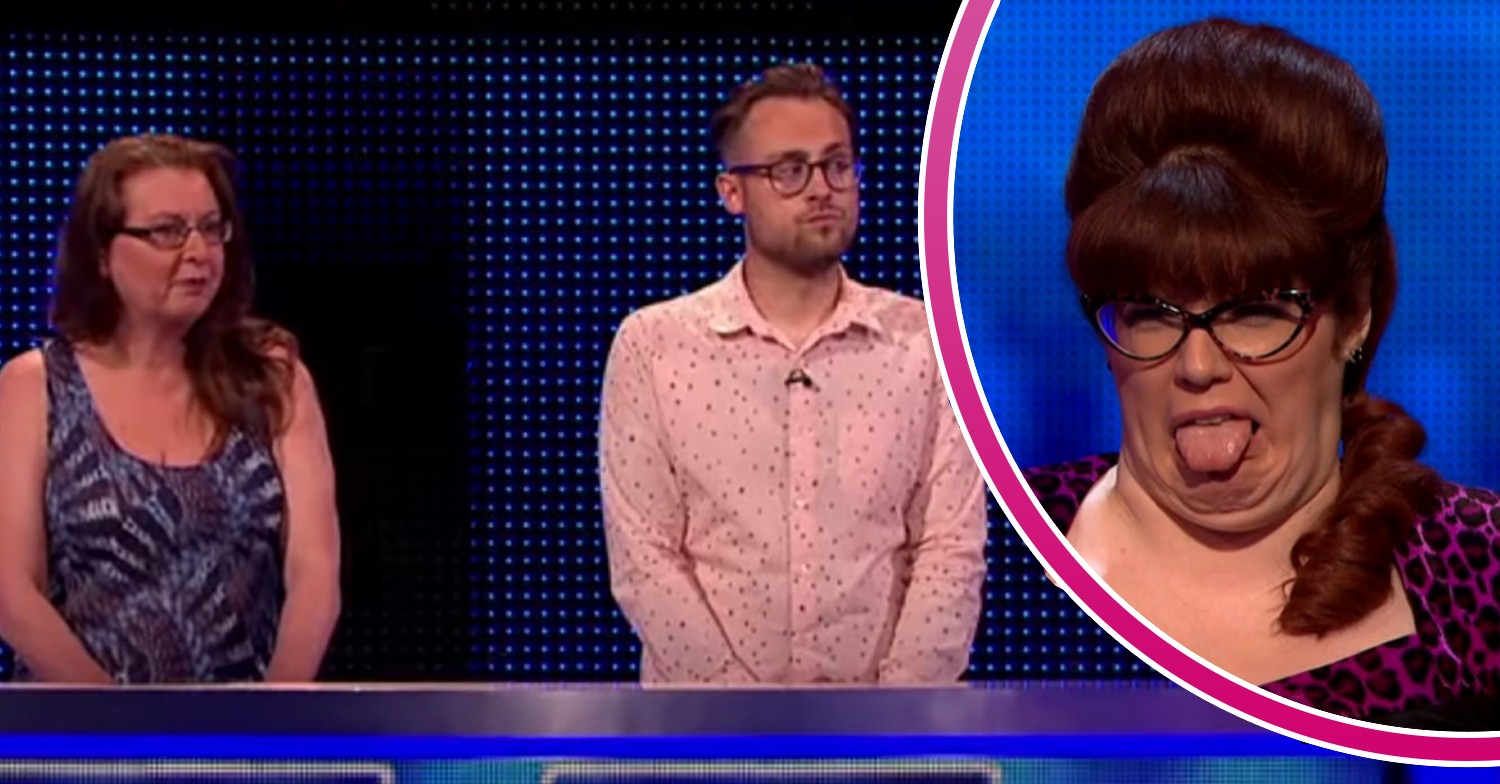 The Chase viewers took to Twitter to tell two contestants to “get a room” as they flirted up a storm on last night’s show (Tuesday, August 18).

Jo and Sam seemed to be getting on very well in yesterday’s episode, and it didn’t take viewers long to notice.

What happened on The Chase last night?

First up was Sam, who managed to pick up £5,000 in his cash builder. He went up against Jenny Ryan, aka the Vixen, and walked away victorious.

Next up was Rema. She managed to accumulate £6,000 in the cash builder. But, she decided to go for Jenny’s high offer of £35,000. Unfortunately, the Vixen caught up with her and she was eliminated.

Third up to the plate was Matthew. He picked up £3,000 in the cash builder, but stumbled and fell when he went up against the Vixen.

Last up was Jo. She accumulated £5,000 in the cash builder but decided to go for the low offer of £1,000. She successfully managed to evade Jenny, booking her a place in the Final Chase.

Jo and Sam ‘flirt up a storm’?

After Jo’s round, she went back to her “Chase son” Sam and gave him a big long hug.

Sam kissed her on the cheek, drawing an odd look from host Bradley Walsh. Chaser Jenny jokingly pulled a look of disgust too.

“Stop pulling faces,” Sam joked. “I like it!” Bradley replied.

“I don’t like it when they bond,” Jenny quipped. “They want to win for each other now. Boo!”

Due to Rema and Matthew’s failings, Jo and Sam were the only contestants in the Final Chase.

Playing for £6,000, they answered 14 questions correctly, giving them a 16-step head start over Jenny.

“You were amazing,” Jo told Sam as the timer ran out, going over to give him a hug.

Unfortunately, they weren’t amazing enough, as Jenny caught them up with 35 seconds still left on the clock.

Despite Sam and Jo clearly just sharing a close bond as friends, some viewers poked fun at them on Twitter.

“Get a bloody room, you two!” one viewer tweeted.

“Eww looked like she leaned in for a snog,” another cringed.

“Sam watch ya back Jo after you,” a third joked.

“Get a room you two,” another tweeted.

“Jo’s a real character isn’t she,” a fifth gushed.

The Chase airs on weekdays from 5pm on ITV and ITV Hub.

Trevor Noah and Dua Lipa Hug and Kiss Outside NYC Restaurant
These blood drip nails are the cool-girl mani for Halloween
Queen Elizabeth’s Cause of Death: Late Monarch Died Of ‘Old Age’
How Much of “Monster: The Jeffrey Dahmer Story” Actually Happened?
John David and Abbie Duggar Welcome Baby #2, Are “So Thankful to God”