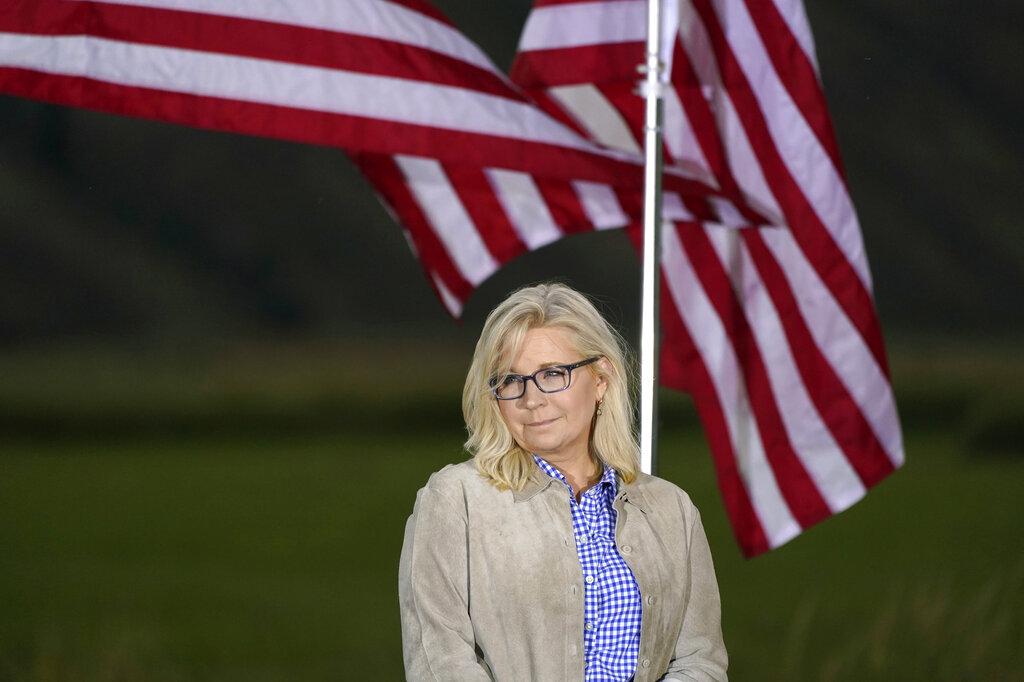 UPDATE: Rep. Liz Cheney (R-WY), soundly defeated in her primary against a Trump-backed challenger, said that “now the real work begins,” as she vowed to prevent the former president from returning to the presidency.

As pundits weighed the possibility that Cheney would wage a 2024 presidential run, she used her concession speech to reinforce how she chose principle over party, delivering a stinging rebuke of Trump and Republicans who support him. She also warned that Trump continues to stoke violent threats.

“Two years ago, I won this primary with 73% of the vote,” she said. “I could easily have done the same again. The path was clear, but it would have required that I go along with President Trump’s lie about the 2020 election. It would have require that I enable his ongoing efforts to unravel our democratic system and attack the foundations of our republic. That was a path I could not and would not take.”

The primary race dominated cable news coverage, and national correspondents descended on the state to cover her expected defeat. She will remain in her seat through the end of the year, meaning that she will continue to serve as vice chair of the January 6th Committee, scheduled to hold its second round of hearings in September.

Cheney also warned of potential political violence, as she condemned Trump’s attacks on law enforcement following the search of his Mar-A-Lago property last week. Trump suggested that FBI agents planted documents in the boxes they retrieved, including those marked as classified.

“Donald Trump knows that voicing these conspiracies will provoke violence and threats of violence. This happened on January 6th and it is now happening again. It is entirely conceivable that the violence will escalate further, yet he and others continue, purposely, to feed the danger.” She noted threats made against law enforcement and the federal magistrate judge in the case, and “despite knowing all of this, Donald Trump recently released the names of FBI agents involved in the search that was purposeful and malicious.”

“No patriotic American should excuse these threats or be intimidated by them,” she said. “Our great nation must not be ruled by a mob provoked over social media.”

Cheney has not said what she plans to do after she leaves office.

“Freedom must not, cannot and will not die here,” Cheney said. “We must be very clear eyed about the threat we face, and about what is required to defeat it. I have said since January 6th, that I will do whatever it takes to ensure Donald Trump is never again anywhere near the Oval Office, and I mean it.”

According to CNN, James Goldston, the former president of ABC News who has been serving as an adviser to the January 6th Committee, was among those at Cheney’s speech, held at a ranch with the Grand Tetons as a backdrop. The network reported that Goldston was there for his own production company “for potential future projects involving Cheney.”

PREVIOUSLY: Rep. Liz Cheney (R-WY), who emerged as a central figure pursuing the facts about January 6th and Donald Trump’s role in fomenting the attack on the Capitol, lost her primary race for Wyoming’s at-large congressional seat.

Harriet Hageman, a former Cheney supporter and Trump critic who nevertheless won the former president’s endorsement, was projected to win the race by a wide margin.

“No House seat, no office in this land, is more important than the principles we are all sworn to protect,” Cheney told supporters in Jackson, WY.

Her defeat was expected, and the crush of national journalists who descended on the state in recent days reflected the national implications of her race. More than anything, it reflected the Republican party’s embrace of Trump and rejection of anyone who challenged him, even when that person is the daughter of a former vice president.

As Cheney voted for Trump’s impeachment and remained openly critical of him, she was stripped of her position in the House Republican leadership and censured by the party.

As vice chair of the January 6th Committee, Cheney has become the chief Republican spokesperson against Trump, arguing that he poses a threat to democracy. Her highly visible role likely cost her re-election, as Trump rallied against her in the hard-right state and House Minority Leader Kevin McCarthy actively campaigned against her. Even an ad featuring her father, former Vice President Dick Cheney, who once held the same congressional seat, failed to save her prospects.

Yet even as Cheney maintained conservative positions on issues like abortion and gun rights, as she faced reelection she earned support even from longtime Democrats. In the entertainment industry, Jeffrey Katzenberg and Nicole Avant have contributed to committees supporting her campaign, while she received endorsements from figures like Kevin Costner.

“We agree on little, if anything,” Katzenberg told The New York Times last month. “But she has done something that very, very few people in history have done, which is she’s put her country over party and politics to stand in defense of our Constitution.”

Some detractors on the left, however, note that Cheney publicly soured on Trump relatively recently, backing his 2016 election and voting against his first impeachment. Author Don Winslow has been tweeting frequently about Cheney’s past support for Trump and her past attacks on Democrats. On the first night of the January 6th Committee hearing in June, Winslow tweeted, “Liz Cheney loved Donald Trump until she didn’t. And when she did she voted for him and his horrific policies 92.9% of the time. 92.9% out of 100%. You’re not going to hear that on TV today but it’s a fact.”

On the debut of her MSNBC show, Alex Wagner opened with a segment featuring a clip in which Cheney is railing against “the most radical man to ever inhabit the Oval Office.” But it was from 2013, and Cheney was talking about Barack Obama. Wagner then went on to contrast how Cheney, following January 6th, sounded the alarm about Trump, coloring the way that many Democrats view her now.

Even before polls closed, commentators on cable news were already weighing the prospects that Cheney would wage a presidential bid in 2024, if anything as a counter to Trump or a Trump-like candidate. As if to send a message, her campaign’s ad spot featuring Dick Cheney ran during Fox & Friends and Hannity, two of Trump’s favorite shows.

After casting her ballot with her father this week, Liz Cheney told CBS News said that she had “no regrets” and that there was “nothing more important than the defense of our Constitution.”