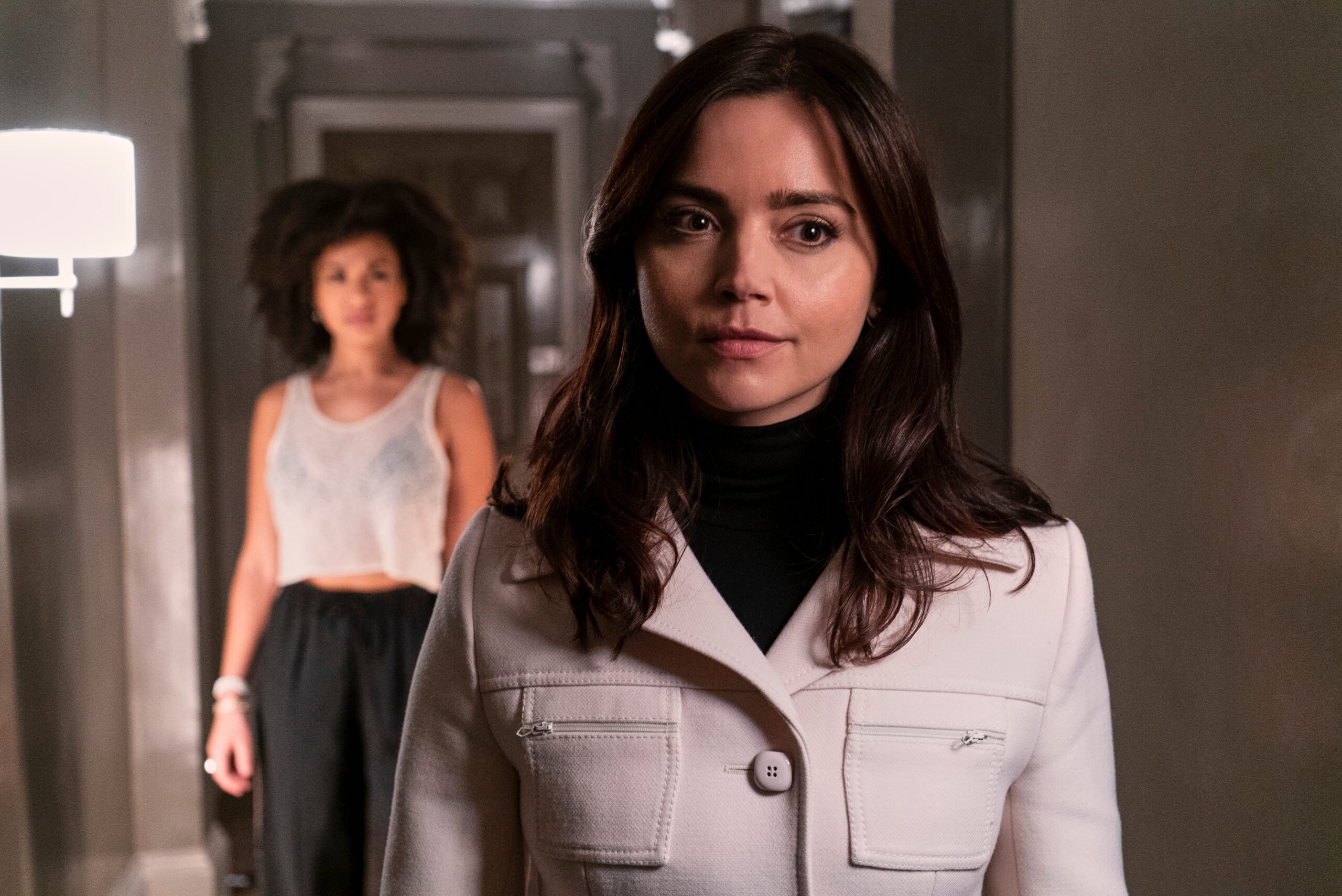 Fans of Neil Gaiman’s original Sandman comic were worried that no movie or show could ever capture the magic of source material. Luckily for us, Netflix’s The Sandman series is a beautiful work of art that old and new Sandman fans can enjoy. With the help of Gaiman, the television show has stuck fairly close to the comic books.

One of the best parts of the show has to be the characters and the actors that play them. Neil Gaiman perfectly cast his creations (even though some were skeptical before the show premiered). A character from the comics who had a much smaller role, Johanna Constantine, had an expanded part in the new show. However, her addition meant the lack of a fan-favorite DC character named John Constantine. So why did we get one Constantine and not the other?

In the third episode of The Sandman, called “Dream a Little Dream of Me,” Dream (Tom Sturridge) met Johanna Constantine (Jenna Coleman). The Fates told Dream Johanna had one of his tools—the pouch of magical sand. Upon meeting Johanna, Dream finds her to be more than just an average human. Johanna is a master necromancer and magician. For the right price, Johanna uses her skills to exorcise demons and take care of supernatural problems. Her ex-girlfriend, Rachel, had Dream’s pouch and wasted away under its power.

Johanna’s character does feature in the original comics, but only as the ancestral Constantine figure (as seen in a later episode) that Dream met previously. Originally, in the third issue of the comic book series (with the same title), Dream met John Constantine. John’s story plays out in the pages of Sandman pretty much how Johanna’s did on screen—right down to his last moments with Rachel. Although I will say that Johanna is a much more polished and refined person when contrasted with John’s vibe.

John is all tied up.

Most of the characters in The Sandman are Neil Gaiman originals. An exception to that is John Constantine—who is a DC property. John is a creation of Alan Moore, Stephen R. Bissette, Rick Veitch, and John Totleben. He first appeared in 1985’s Swamp Thing #37 as a man who gave supernatural advice and was a skilled sorcerer. Outside of comic-related titles, some fans know the character from the live-action Constantine movie—where Keanu Reeves played the titular character (sans blond hair and British accent).

When it came time to make the Netflix series, John’s licensing was a lot more complicated than the other characters. DC has first dibs over him and are rumored to be making a new series by J.J. Abrams focusing on John. Because of the tenuous in-development project (and with the recent HBO drama, who knows when/if we will see it), John could not contractually appear in The Sandman.

Even though I would have loved to see a more comic-accurate version of the character, I totally fell in love with Johanna. And I am not the only one, as Gaiman expressed thoughts of a spin-off series all about Ms. Constantine. As long as they are magical and in a trench coat, I’ll take Constantines any way I can get them.

Kerry Katona reveals secret miscarriage and admits baby girl ‘wasn’t meant to be’
Supreme Court To Hear Challenge To Liability Protections For YouTube And Other Tech Platforms
“Only Bruce Willis Has Rights To Bruce Willis’s Face”: Actor Denies Selling Rights To AI Company For ‘Digital Twin’
A Christmas Murder of Crows by DM Austin
Most adults have experienced childhood trauma. Here’s what it’s doing to us