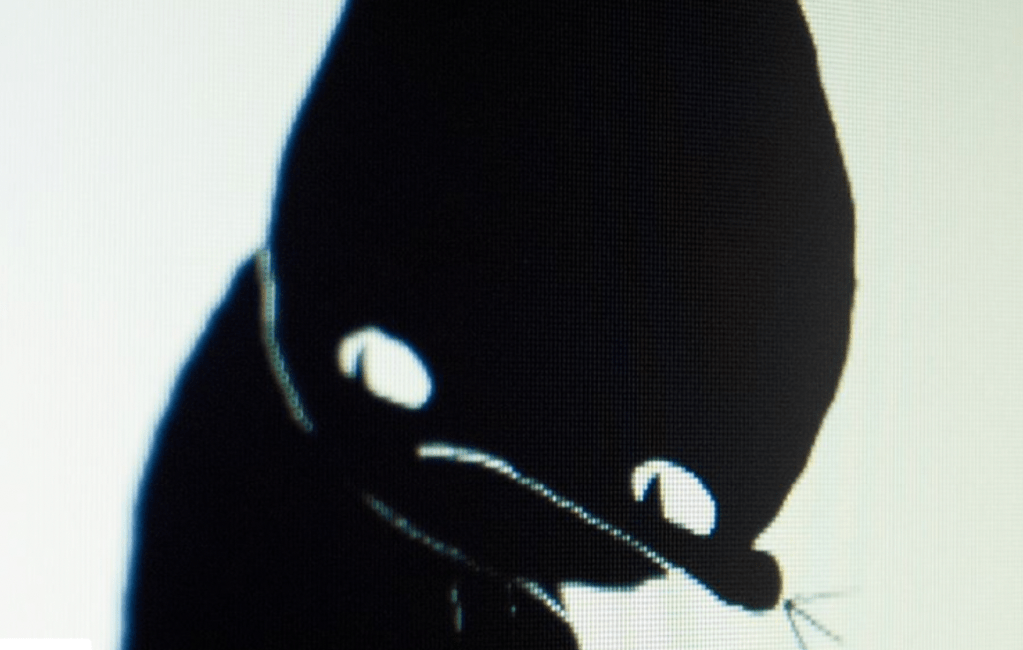 A pair of Scottish animators struggle to make a film in A Cat Called Dom, world premiering as part of the Edinburgh International Film Festival’s feature strand. Chiefly a live-action documentary, it shows friends and collaborators Will Anderson and Ainslie Henderson (The Making Of Longbird) trying to shoot a semi-scripted film for Will’s mother, who has been diagnosed with cancer.

Their footage and outtakes are eventually worked into more of a behind-the-scenes story, showing the frustrations that get in the way of their filming, and the strain on their friendship.

The cat of the title is DOM, an animated feline that lives on Will’s laptop screen and interjects with observations, questions and actions that shed a light on his feelings in a darkly humorous way.

It’s a busy mix and scattershot by its very nature; this is a collage of emotions, events and styles that collide in a film that’s openly not what it was originally intended to be. But Anderson and Henderson succeed in interrogating the process, and most importantly they find the heart of the film: Will’s love for his mother, who appears several times for moving exchanges with her son.

Their final conversation in the film is thought-provoking and poignant, illuminating both their characters and suggesting that this pair should have been the on-screen focus all along. But we’re also shown how difficult this focus would have been for Will, at least at the start of the project, when he was in shock that his beloved mother was not immortal. It’s a heartfelt, relatable ending for this frank film with a suitably Scottish flavor.