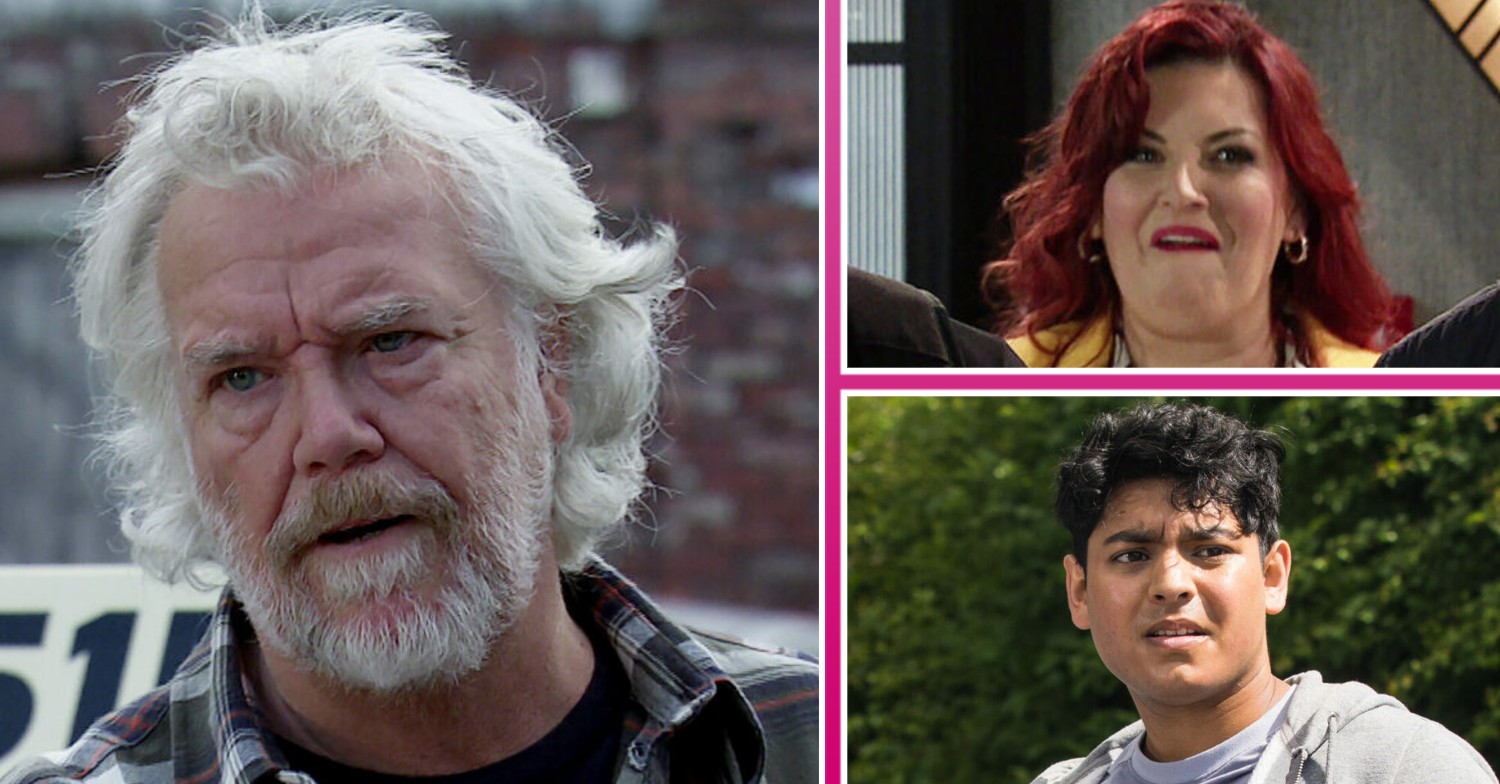 Coronation Street spoilers for next week reveal Stu finds an ally in Yasmeen.

However, with the rest of the cobbles against him, can she really help him prove his innocence?

Also in Corrie spoilers next week, Aadi woos Kelly then loses her? 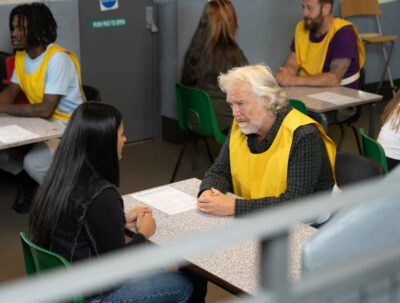 After going through his case files, Alya discovers Stu was interviewed for over 10 hours which is illegal.

She visits Stu in prison and tells him there’s also a tape missing. 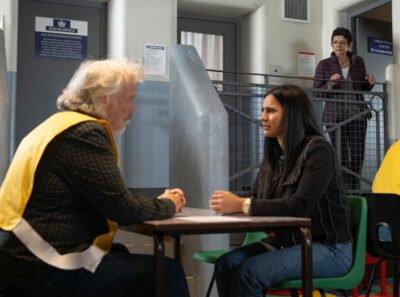 They are interrupted when Yasmeen arrives to visit Stu too.

Alya leaves them to it and Stu finally gets his chance to explain. 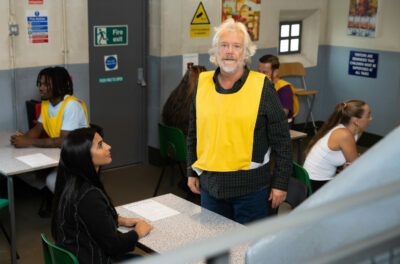 Stu tells Yasmeen the whole story of his affair.

He asks her to talk to his old solicitor, who confirms Stu was coerced into his confession. 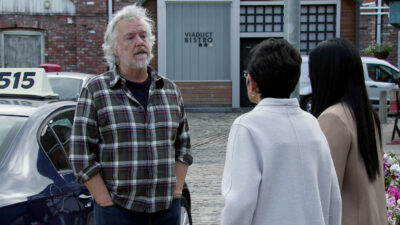 Stu is released from prison and is shocked to find Yasmeen waiting for him.

She tells him she believes he is innocent and is going to help him prove it. 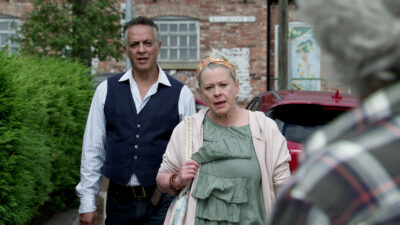 Back on the cobbles, Stu gets a hostile reaction from Dev and Bernie.

But he is rescued by Yasmeen and her family. 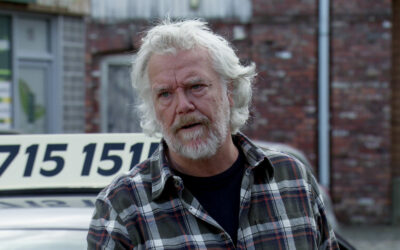 Yasmeen insists he’s moving back in with her at No.6.

However, she insists he must tell Bridget he is intending to fight his conviction first.

3. Kelly and Aadi step things up 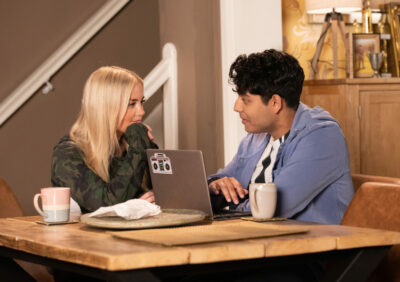 Kelly and Aadi enter a ‘win a dream wedding’ competition to get a free holiday.

They have to take part in a Mr and Mrs quiz so start to swot up. 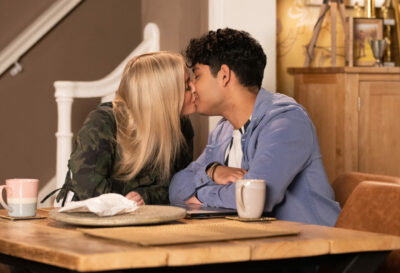 They both confess they’ve never had a sexual relationship before.

It’s not long before they kiss and one things leads to another. 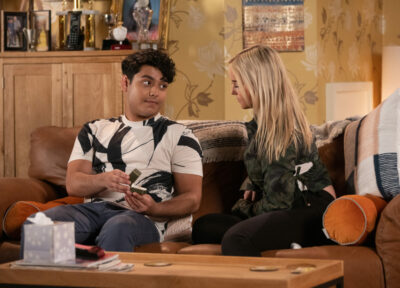 Kelly is thrilled and completely smitten. 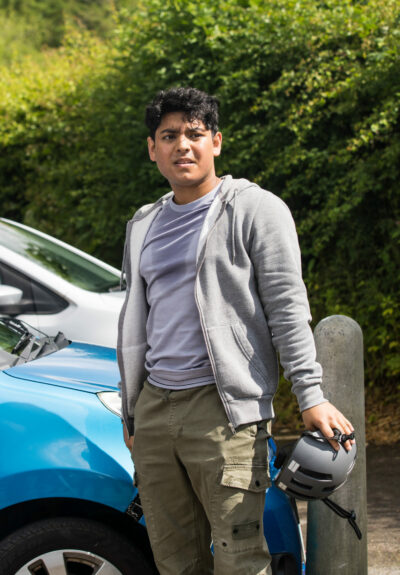 After overhearing Aadi tell Asha their engagement is just a joke, Kelly is devastated.

She steals Aadi’s new car and speeds off. 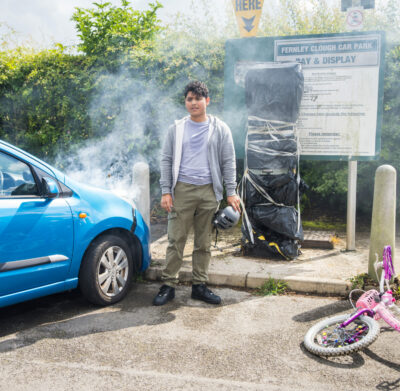 He finds his car crashed into a bollard, but is Kelly okay? 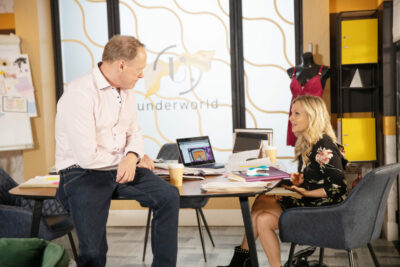 Stephen charms Sarah insisting she’s the brains of the business.

He suggests she take out a loan so she can buy Carla out of the factory. 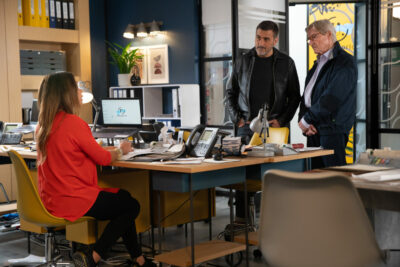 Carla is concerned when Sarah wants to hire Stephen as a consultant, but Ken and Peter convince her she should.

Carla relents and gets Stephen on board, but will she live to regret it? 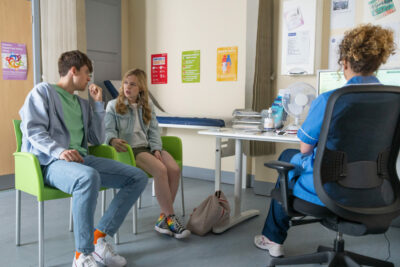 Summer‘s diabetic nurse tells her she needs a flash monitor and Summer’s annoyed when Aaron agrees.

But she later lies to Billy she doesn’t qualify for one and gets annoyed when Aaron checks up on her. 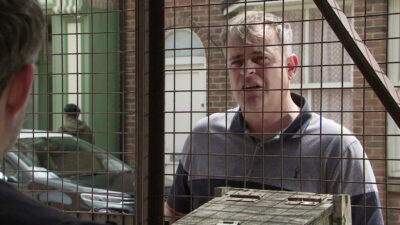 After cancelling Ed and Paul, Steve is forced to beg them to fix the roof after all.

Ed is smug, but will he come to Steve’s rescue? 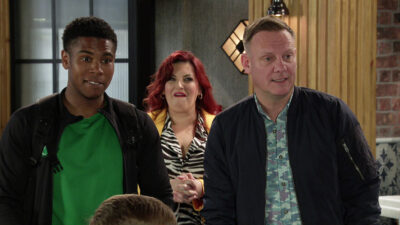 It’s Dylan‘s last night and Glenda invites James Bailey to his farewell dinner as a surprise.

Dylan is thrilled, but admits he doesn’t want to go home and would rather live on Coronation Street. 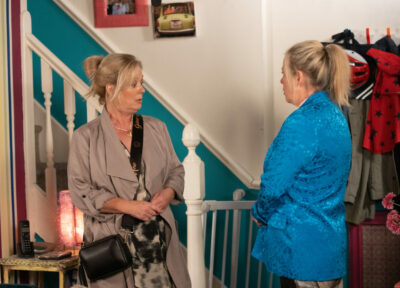 Bernie returns from shopping with a posh blazer that was meant for someone else.

Fern later turns up on the doorstep and accuses Bernie of stealing the jacket. 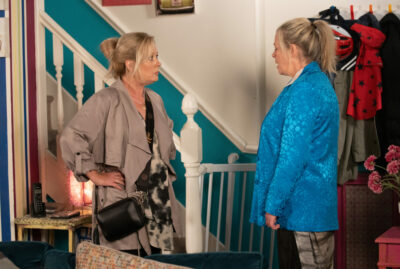 And how can Bernie talk herself out of this one?