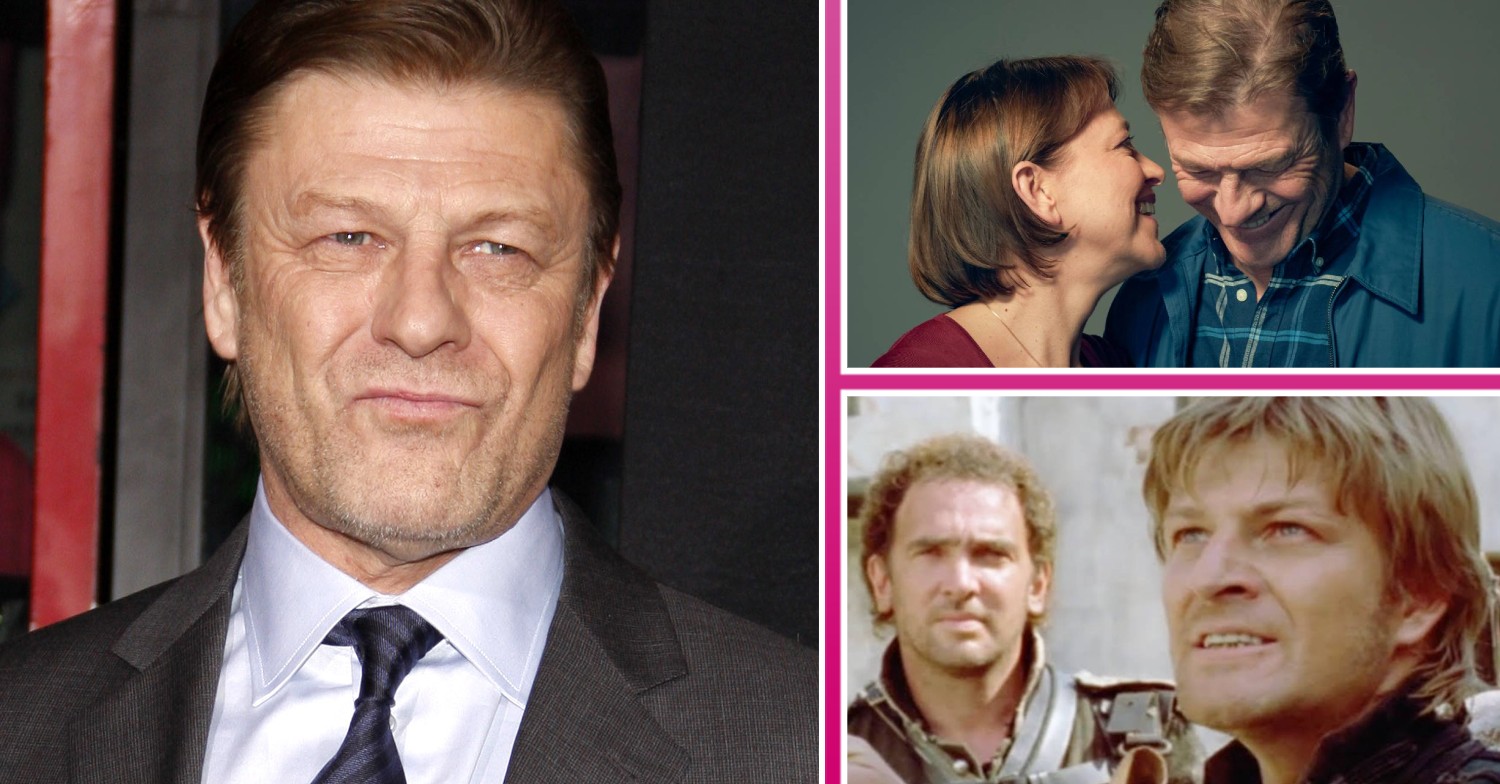 Sean, 63, has described the four-part drama as “a very simple story, simply told”. But Sean and Nicola’s performances are so riveting that they will very likely be remembered when it comes to TV awards time.

Until then, viewers will no doubt take plenty of interest in Sean and Nicola during Marriage’s run.

And so ED! answers the question fans are turning to Google for in our Sean Bean profile.

What does Sean Bean say about BBC Marriage?

He said: “People will be able to see many things that they can relate to in their own lives and their own relationships.

“There aren’t any big stunts or reveals, it’s just a very simple story, simply told, about people and the complications of daily life.”

Sean added: “Marriage only takes place over 12 days or so. It’s an extract of that time in their lives and you drop in to watch their lives.

“However, what is in those days is rich, revealing and you see what a relationship is… what a marriage is.

“Their doubts, fears, joy, happiness and heartbreak that go into everyday living.”

How is ‘Sean Bean’ pronounced? What is Sean Bean’s real name?

Is it pronounced ‘Seen Been’ or ‘Shaun Bjorn’? Well, of course, it is neither.

Although he goes by the stage name spelling ‘Sean’, the Yorkshire-born star was given the name Shaun Mark Bean at birth.

And while ‘Bean’ is spelt similarly, it sounds like ‘been’ (or ‘seen’) when said aloud.

How tall is Sean Bean? What is Sean’s Bean accent?

According to online sources, Sean is about 1.79m tall. That would mean his height is a shade under 5’11 in feet and inches.

While this doesn’t make Sean a giant, he’s still quite tall for an actor.

And even though he’s been romping about in action-adventure scenes for over 30 years, Sean retains a trim figure.

He was born and raised in a south-eastern suburb of Sheffield and has retained his characteristic accent.

Indeed, Sean’s gravelly but versatile voice is one of his defining traits as a performer – and has led to memorable jobs.

In 2019 he fronted a Yorkshire Tea campaign where his character passionately urged new inductees at the tea factory to “Do It For Yorkshire!”.

And Sean – whose roles have been much-memed across social media – has also become the unofficial face of Yorkshire Day online, too.

Every August 1 a compilation clip of many, many instances of his Sharpe character uttering “bastard” does the rounds. And it is absolutely chuffing hilarious.

Sean Bean: How many wives has he had?

Everyone loves a wedding. And it certainly seems Sean enjoys being part of one as he’s had FIVE marriages.

Ahead of Marriage beginning, he reportedly recently suggested he wouldn’t change anything about his past relationships… despite four out of his five marriages ending in divorce.

Sean told The Times: “I suppose there is that romantic in me, otherwise I wouldn’t keep doing it. But I don’t regret anything. I’d live it all again.”

Furthermore, it seems his experiences haven’t dampened his faith in matters of the heart.

Who has Sean Bean been married to?

Sean’s first wife was his youthful sweetheart Debra James. They married in April 1981 but divorced in 1988 after he pursued his acting career in London.

According to reports, he was involved with Bread and Coronation Street actress Melanie Hill for several years before they married in 1990. He is said to have proposed to her while they watched a wedding on TV with the words: “Fancy a bit of that, then?” They divorced in August 1997.

Sean’s third wife was actress Abigail Cruttenden, known for playing Anna in Not Going Out. They married in November 1997 after meeting during the filming of Sharpe. That relationship ended in divorce in July 2000.

Georgina Sutcliffe became Sean’s fourth wife in February 2008. They divorced in 2010, with claims police were called to their north London home following accusations of domestic disturbances. And in 2012 Sean was questioned by police over claims he harassed Georgina with abusive texts and calls. He was later released on bail and told the matter would not be pursued, a Scotland Yard spokesman confirmed at the time.

And in 2017 Sean wed Ashley Moore, his current wife. It is believed she is 26 years younger than him.

Does Sean Bean have children?

Sean is also dad to another daughter, Evie, with Abigail. Evie was born in 1998.

Asked in 2019 whether he would like to be a father again, Sean responded: “Possibly, yes. With Ashley, yeah. That would be nice, that.”

Sean became a grandfather for the first time in 2015 when Molly had a baby.

Lorna has also since become a mother. And it is believed Sean currently has four grandchildren in total.

What TV shows and films is Sean Bean famous for?

Sean is one of the most prolific figures in showbiz across nearly 40 years of acting. Indeed, there may be a case for it being quicker to list which box office smashes and telly hits haven’t featured him, particularly over the last 15 years.

In terms of making a splash in terms of mainstream awareness, Sean’s stock really began to rise in 1992. He had his first villainous film lead role in Patriot Games opposite Harrison Ford. And a year later his raunch turn as Mellors with Joely Richardson in Lady Chatterley garnered him lots of press interest.

Some of his biggest film roles have included parts in GoldenEye, When Saturday Comes, The Lord of the Rings trilogy, Troy and Silent Hill.

And his most prominent telly performances include fifteen series and TV films concerning Sharpe.

Other appearances in the 1990s and 2000s came in Bravo Two Zero and a brief cameo in The Vicar of Dibley.

And in the 2010s he’s appeared in Red Riding, Game of Thrones, Accused Broken, Snowpiercer and Time among many other shows.

Sean is also a two-time BAFTA award winner – in 2018 for Broken and in 2021 for Time. He’s also won numerous horror and fantasy gongs for his Tolkien film adventures and bagged an Emmy in 2013 for Accused.

Not everything Sean has touched has turned to gold, however. He also appeared in 2007’s Outlaw, a vigilante film starring Danny Dyer. But that was a box office turkey that one critic described as “Death Wish written by the Daily Mail”. So Sean probably doesn’t watch that one back all that much these days.

Are there movies where Sean Bean lives?

Sean being killed off in his roles has become a long-running gag between fans It has particularly gained steam on social media following the execution of Ned Stark in GoT.

However, overblown but unforgettable deaths for his characters have been remarked upon ever since 006 fell to his death in GoldenEye and his terrorist’s end aboard a burning speedboat heading for rocks in Patriot Games.

Other characters have ending up making their maker in deadly situations involving a hail of arrows and smashed off the edge of a cliff by cattle.

But it seems as if Sean may have had enough of the OTT demises – and rejected roles due to his character being bumped off.

“I just had to cut that out and start surviving, otherwise it was all a bit predictable.”

Sharpe fans seemingly enjoyed the onscreen camaraderie between Sean’s character and that of Irish actor Daragh so much they often ponder whether they are close pals in real life.

Sean hasn’t explicitly addressed their friendship – but he has previously indicated they shared similar values. And it seemed that parlayed into a bit of friendly banter between just them on set.

Following filming for Sharpe’s Peril in India in 2008, Sean was asked by the Daily Mirror whether he is superstitious.

He replied: “Not particularly, although Daragh O’Malley, who plays Harper in Sharpe, and I have got into the habit of exchanging a few words before we shoot a tricky scene. Like where explosives are being used.

“It makes us both feel a bit more comfortable, I think. It’s a kind of ritual we’ve got into.”

Can Sean Bean ride a horse?

Sean has been filmed on a trusty steed in many of his film and TV appearances.

And he has reportedly reflected on how saddling up brought him so much joy during the production of Sharpe.

Sean previously told a reporter about the role: “I get to ride horses, I get to fence and I get to kiss beautiful women. It’s not such a bad job.”

However, at one point Sean apparently considered a close call the nearest he’d been to being injured while performing stunts.

He revealed: “I’ve never really hurt myself badly. I suppose the closest I’ve ever been to an accident is in Sharpe’s Regiment, when a horse landed on my head. They actually used that take.

“The bank collapsed and the horse’s hoof sort of sprung off my head as he was jumping.

Read more: 10 facts you will not know about Sean Bean

Sherlock Holmes & Mr Hyde by Christian Klaver
Body checking is popping up all over our TikTok feed, but what is it? And should we be worried?
Film Review: The Kindred (1987)
Mike O’Malley Comedy Starring Jon Cryer, Donald Faison & Abigail Spencer Lands NBC Series Order
“The Witcher” – “Blood Origin” Premieres in December and Season 3 Arrives in Summer 2023