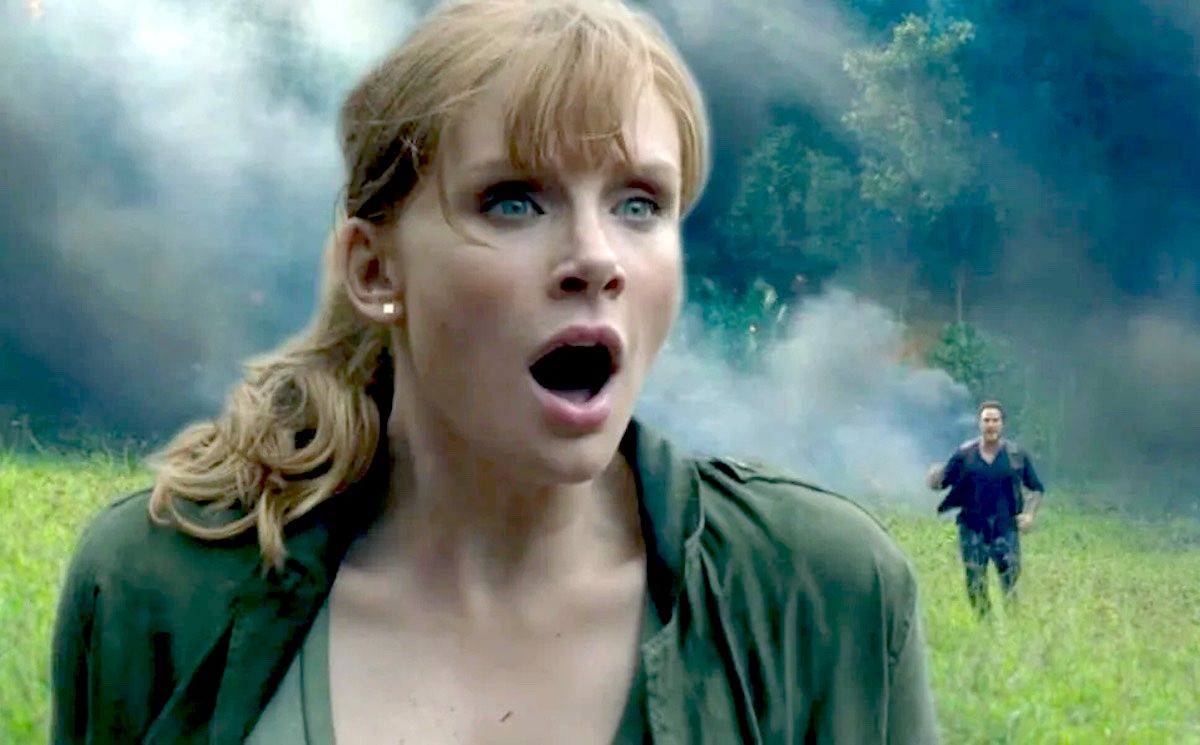 It is 2022 and we’re still talking about female co-stars in Hollywood making significantly less than the male leads. This time, it happened to Bryce Dallas Howard with her contracts for the Jurassic World movie. According to Variety, 2018 reports showed a stark difference between Howard’s payday from the films versus her co-star Chris Pratt. But now, she’s clarifying that the initial report was wrong in how much she was making, and the true story is … actually worse.

In an exclusive interview with Insider, Howard talked about the reports that said she was making $8 million to Chris Pratt’s $10 million by saying that the pay gap was much more than initially reported at the time.

“The reports were so interesting because I was paid so much less than the reports even said, so much less,” Howard told Insider. “When I started negotiating for ‘Jurassic,’ it was 2014, and it was a different world, and I was at a great disadvantage. And, unfortunately, you have to sign up for three movies, and so your deals are set.”

It’s interesting to note that prior to the release of Jurassic World, both Howard and Pratt had long careers and starring roles, post-Guardians of the Galaxy for Pratt, and Howard had been in The Help and M. Night Shyamalan’s Lady in the Water at that point.

Howard’s comments about how she had the deal for all three movies at the start does make for negotiating in the future hard, but she did say that Pratt ended up helping her get more money for things outside of the films (with games and rides and other projects in the Jurassic World franchise). She went on to praise Pratt to Insider for fighting for her in those meetings. “And I love him so much for doing that. I really do, because I’ve been paid more for those kinds of things than I ever was for the movie.”

The question remains though: Why was that pay gap that big in the first place? I’d argue that, at the time of production on the first Jurassic World movie and when they’d be negotiating for lead actors to join the franchise, it would have been prior to the release of Guardians of the Galaxy, so Pratt was mostly known for Parks and Recreation (not that it’s a bad thing, but it’s not to the Marvel level he is now). Even then, it’s two actors for leading roles who are known names. Why there’s a difference at all is baffling, and if it were two men with similar backgrounds, it probably wouldn’t even be a conversation.

And if Bryce Dallas Howard, who has a name that is easily recognizable in Hollywood, struggled, how often is this still happening? It just frankly sucks to know that this happened as recently as a 2015 movie—that still women are being underpaid for the same work as men and, in this case, underpaid and doing it in heels.

I’m glad that Howard had Pratt to fight for her in those meetings and she didn’t have to do it herself, but it shouldn’t have even been a question when, for the most part, these movies are co-starring roles and there isn’t one who is more important than the other. So having the news break that Pratt not only made more than her but that it was more than the $2 million gap originally reported? That’s what continues to be frustrating.