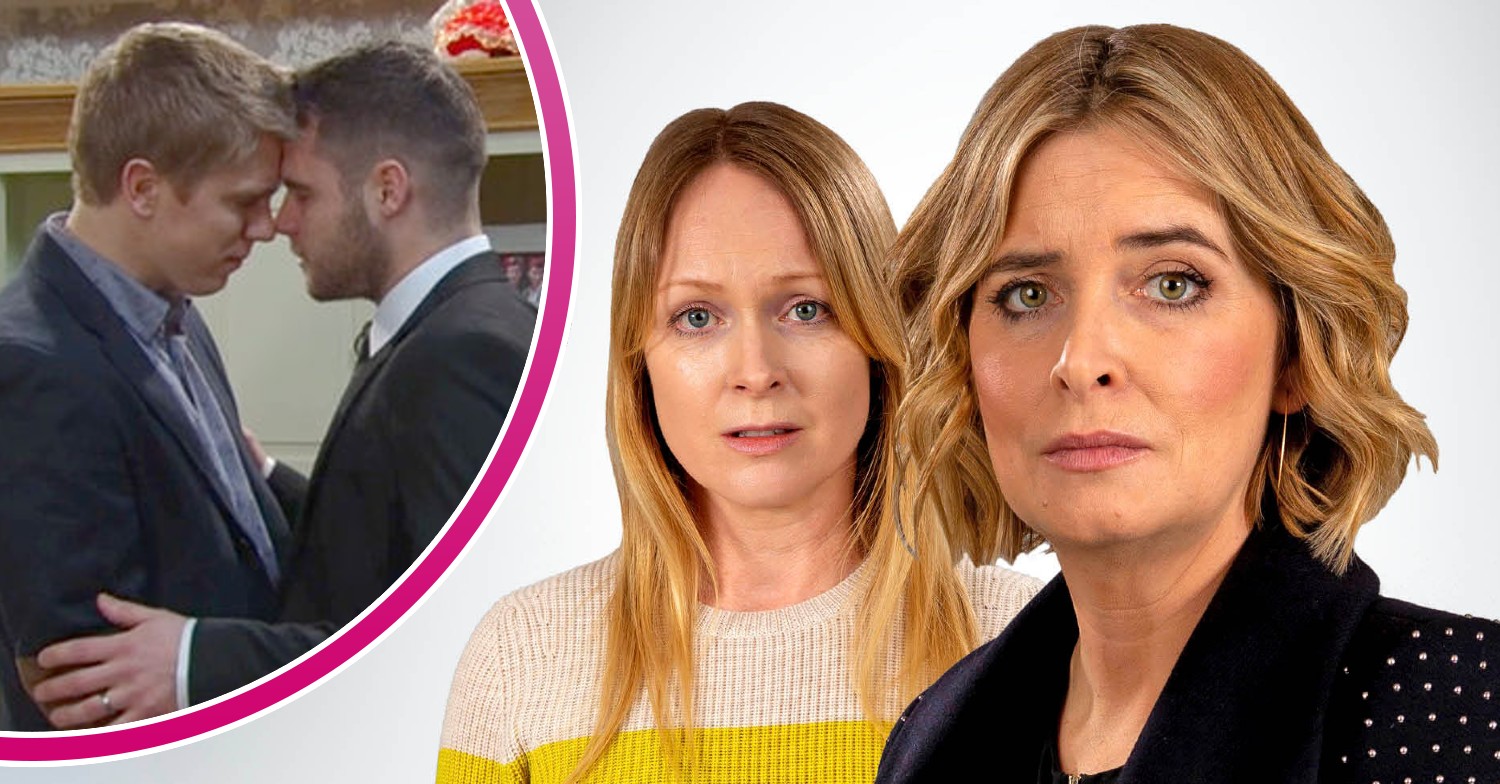 Emmerdale has a relationship problem – they keep splitting them up.

The village is full of broken couples who could have been perfectly happy had they been allowed to be.

But these couples should never have broken up…

After the long – and we mean LONG – lead up to this relationship, Charity and Vanessa were transformed by it.

Charity was much less of a hard-faced cow, and Vanessa wasn’t nearly as annoying as she used to be.

And then Michelle Hardwick went on maternity leave and the soap decided to split them up.

It was a stupid decision and one that has long hungover the village.

A relationship where one of them is convinced the other is a serial killer and about to murder her, shouldn’t actually work – but in this case it did.

Bernice has always been a bit off-kilter, but Liam balanced her out and they made a lovely pairing.

And let’s face it she’s the best of a bad bunch – his exes are either dead, paedophiles or drug addicts.

What on earth is the point of a soap relationship if they aren’t allowed to be even momentarily happy?

Robert Sugden and Aaron Dingle didn’t have a hope in hell.

They bonded in the beginning with an affair, a murder (RIP Katie) and then more misery than is usually contained in Soapland as a whole.

The on/off nature of their relationship ruined it completely.

It’s all very well having drama and explosive storylines, but sometimes people just need to be happy for a while.

It’s always lovely when old flames reunite – especially when one was an undercover cop putting the other – a drug dealer – away.

And then when that drug dealer returns and stalks the former cop and terrorises her into a relationship.

Eventually they got back on an even keel only for her to have an affair and him to move on with Kim Tate.

None of this changes the fact that Harriet and Will worked well together.

The Kardashian-Jenners Tell Khloe Kardashian They’re Concerned She’s Too “Skinny”
“The Witcher” – “Blood Origin” Premieres in December and Season 3 Arrives in Summer 2023
Glen Powell Reveals What Jon Hamm Did For All The ‘Young Guns’ On The Top: Gun Maverick Set
Jenelle Evans: How Much Money Is She Making on OnlyFans?
Kate Middleton and Meghan Markle Reportedly Didn’t Talk to Each Other at All During the Queen’s Funeral Events