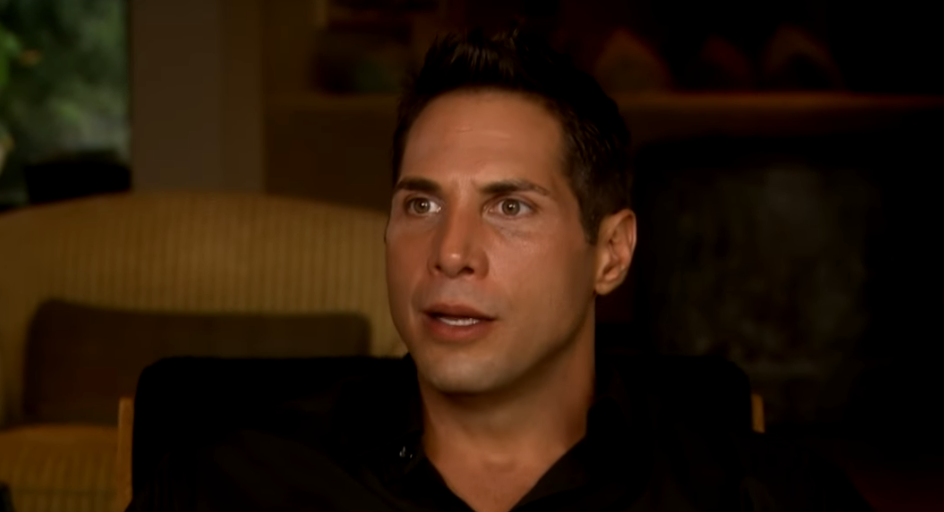 Even if multiple women had not accused Joe Francis of horrific violence, he would still be infamous.

Many feel that the exploitative brand set sex workers back decades.

Instead of simply disappearing into wealthy obscurity, Francis is publicly doubling down on checking out 18-year-old Kylie Jenner in a throwback pic. Dude.

Seven years ago, she was celebrating turning 18 out on a boat … with one of the planet’s most infamous creeps.

“I’m so proud of you and all your success!!” he proclaimed.

Francis reflected: “It seems like yesterday that we were celebrating your 18th birthday together”

He shared a throwback photo on his Instagram in which he appeared to be checking out Kylie.

Kylie was wearing a bikini at the time. It sure looked like he was staring at her butt.

They were out on a boat at the Casa Aramara resort in Punta de Mita, Mexico.

First of all, checking out an adult teenager has a different vibe when you know that it’s her 18th birthday. Also when you’re a notorious creep.

Second of all … this particular scumbag couldn’t find any other photos of Kylie to celebrate?

You’ll note that we ourselves have included numerous photos of Kylie.

None of them were from her very cusp of adulthood. These pics are all recent pics, where Kylie is an adult and a mom.

Francis is on the same internet as the rest of us. But he chose that specific, barely legal throwback. Ew.

“You didn’t have a better picture — one where you weren’t checking her out?” one commenter asked.

There are many responses that a person could write to that. One could also ignore the comment, pretending to have not seen it.

Instead, Francis chose perhaps the most nauseating reply imaginable.

“All straight men are looking at beautiful women,” Joe Francis insisted in a now-deleted comment.

“That’s why I’m so successful,” he declared.

Francis then decided to get religious, writing: “Are you saying you hate God for making us this way?”

“No other straight man is different,” Francis then insisted.

“Or,” he alleged, “girls gone wild wouldn’t have made billions of dollars.”

It seems that Francis believes that the Girls Gone Wild market is representative of all heterosexual men. That seems unlikely.

Francis didn’t stop there, because of course he didn’t.

He then announced that the commenter was really “the creepy one” for calling him out.

Why? Because Francis claims that Kylie is “like a sister” to him.

“Why would you even think that?” Francis asked, as if he hadn’t just claimed that all men are lust-monsters.

“I used to date her sister @kourtneykardash,” he added. “I have three sisters too.”

Francis then twisted the accusation, writing: “I would never ever have sex with my sisters. That’s gross!!”

So, just to recap, Joe Francis says that all straight men would openly lust after a barely legal teen on her 18th birthday.

He then turns around and says that this particular barely legal teen is like a sister to him.

Which is it? Please, please don’t say “both.”

Again, he could have said nothing at all. But Joe Francis is who he is, apparently.

Keep in mind that this is a guy who has faced criminal charges of assault and false imprisonment for an attack on a woman.

Others have accused him of tricking women into filming his infamous GGW videos. He kinda makes your skin crawl.

NCIS Universe: Three-Show Crossover Confirmed!
Adam McKay Is The Mind Behind That Devastating Faux “Chevron Ad” On Social Media
Most adults have experienced childhood trauma. Here’s what it’s doing to us
Grammy-Winning ‘Gangsta’s Paradise’ Rapper Coolio Is Dead At 59
1.10 Update for ‘Hunt: Showdown’ to Include New Stalker Beetle [Video]