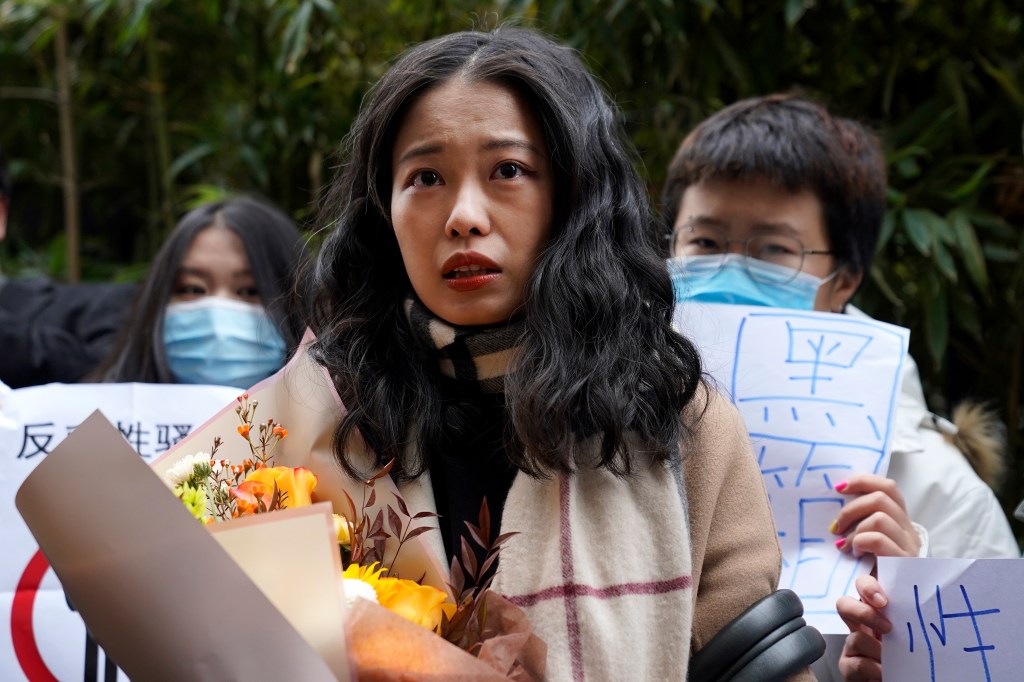 A Chinese court has rejected an appeal by a young woman who alleged sexual harassment against a popular male TV host in what has been referred to as a landmark case. Foreign media outfits reporting locally have called the decision a blow to China’s #MeToo movement.

In 2018, Zhou Xiaoxuan accused CCTV host Zhu Jun of making unwanted advances, including kissing and groping her, while she was an intern at the broadcaster in 2014. Last September, a Beijing court dismissed Zhou’s claims saying the now-29-year-old had not presented sufficient evidence. The appeal was rejected yesterday on similar grounds.

Zhou previously said the judge in the case had refused her requests to retrieve evidence, including security camera footage from outside the dressing room where the incident allegedly took place.

Speaking to supporters after the verdict, Zhou said, “Four years have passed, and the most important thing is that we have raised this question: when a woman encounters sexual harassment in a closed space, is her pain worth paying attention to?… Victory is not that important to me… I accept this outcome,” AFP reported.

Zhou originally sued for a public apology from Zhu and RMB 50,000 ($7,400) in damages. Zhu has denied the allegations and sued Zhou for defamation, although Zhou said she was not aware of further developments in that case.

Per AFP, her first hearing in 2020 drew a large crowd with reporters from foreign media outlets dragged away by police while filming the scene. On Wednesday, national ID numbers of passersby were collected.

According to CNN, some Weibo posts about Zhou’s hearing were blocked. Liang Xiaomen, a Chinese feminist and public interest lawyer in New York, told the news outlet that her WeChat account was permanently banned Tuesday after she shared information about the case and voiced support for Zhou.

Universal Acquires Westbrook Studios Action Comedy ‘Regulators,’ Starring Nicky Jam
Kelley Flanagan and Peter Weber: Yup, They Really are Back Together!
Kody Brown to Sister Wives: Don’t Think for Yourselves! Only My Opinion Matters!
The Difference Between Sci-Fi and Fantasy, According to Twitter
EastEnders spoilers: First look at all-new pics for Oct 1-7