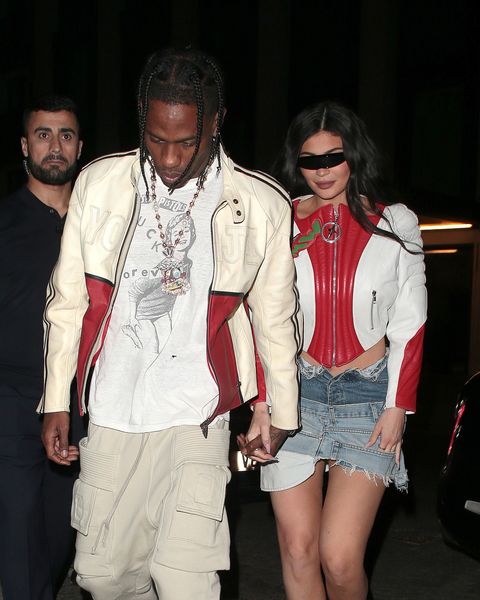 Kylie Jenner celebrates her 25th birthday today, and the relatively new mom of two is enjoying a particularly happy time in her life. Her relationship with back-on boyfriend and father of her two children Travis Scott is especially thriving.

A source explained to Entertainment Tonight this week, “Things between Kylie and Travis are going super well. They have really mastered being together and successfully co-parenting. It’s really working for them and they are just living life. They’re doing fantastic as parents of two.”

The source added, “Travis is very involved as a father and Kylie loves that. He really makes Kylie and his family a top priority, which is a big reason as to why they work as a couple. He is always going above and beyond as a dad and as a partner and Kylie appreciates his dedication to her and their little ones.” Jenner and Scott are parents to four-year-old Stormi and a newborn son born in February whose name has not yet been revealed publicly.

Jenner kicked off her big day today by sharing photos of her first birthday party. The reality star hasn’t specified how exactly she plans to fête her milestone birthday, but given the Kardashian family’s history, there will likely be an exquisitely decorated party and/or tropical vacation. Jenner will likely drop photos from it on her Instagram Story after the event.

Jenner and Scott were photographed in London last week, going out together on multiple nights. Their appearance abroad comes after a rumor surfaced that the two could secretly be engaged. Jenner’s sister Kourtney Kardashian shut down the source of the news, saying a fake person pretended to be her son Mason Disick on social media to make the claim.