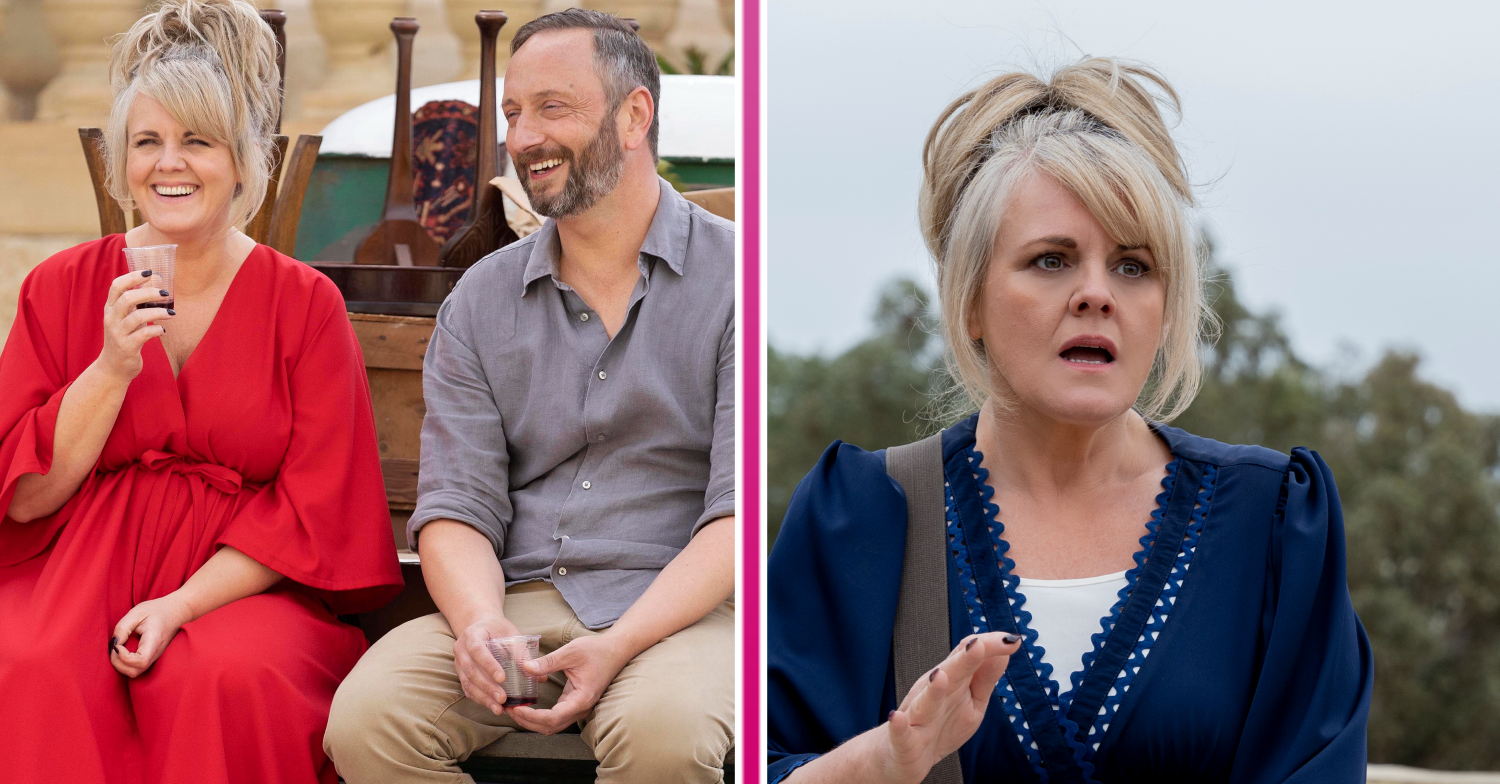 Channel 5 and Acorn TV have confirmed that The Madame Blanc Mysteries will return with a season 2 and it will include a Christmas special!

Who will return for the Madame Blanc Mysteries season 2?

The creator of the series, Sally Lindsay, will return to reprise her role of Jean White.

Sally has also joined forces again with Sue Vincent, who will also return on screen as Gloria Beaushaw, to co-write the second series.

Steve Edge will also return as Dom and Alex Gaumond will return as Chief of Police Caron.

Olivia Caffrey will once again star as Barbara.

It’s not clear who else will return or who will newly join the cast but Channel 5 confirms that further casting announcements will be made in the coming months.

Sally Lindsay said: “The team and I were overwhelmed with the amazing response to The Madame Blanc Mysteries last year.

“Sue and I were thrilled to get the go-ahead to create seven more mysteries in the beautiful sunshine of Sainte Victoire.

“We were even more delighted to create a Christmas special as Christmas television has always been a highlight of the television year for me.

“We can’t wait to inject some much-needed sunshine right in the middle of winter.”

What is series 2 of the show about?

The second series will kick off with The Madame Blanc Mysteries Christmas Special!

In the festive special we see Jean coming to the aid of Chief of Police Caron, who finds himself on the other side of the interview table accused of a crime he didn’t commit.

Across the rest of the series, fans will see Jean and Dom growing ever closer – but will the friendship finally grow into something more?

Love rolls into town for Gloria in the form of a new local cabbie.

And fans will get answers as Barbara, still at large, has deadly plans to finally finish what she began in series 1.

Sounds like fans of the show will be happy to see the questions from the first season finally answered!

Where to watch the first season of The Madame Blanc Mysteries

If you want to catch up on the first series of the show ahead of the second season, here’s how!

The Madame Blanc Mysteries is available on AcornTV, so if you have a subscription with the streaming platform you can watch it there!

The show is also available to buy on Amazon Prime.

When will Madame Blanc season 2 air?

Channel 5 has confirmed that filming will begin on location this year.

The Christmas special is set to air on Channel 5 in December 2022.

The second season will have seven episodes, each an hour long!

The Madame Blanc Mysteries will return this December with a Christmas special on Channel 5.

Are you excited for The Madame Blanc Mysteries to return? Leave us a comment on our Facebook page @EntertainmentDailyFix and let us know.