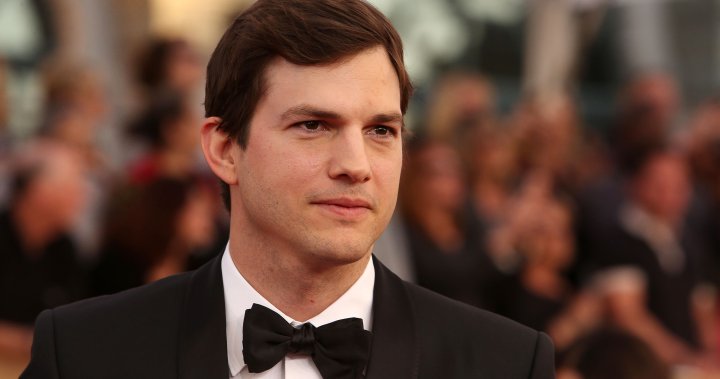 Ashton Kutcher said he is “lucky to be alive” after suffering from a rare disease that left him unable to see, hear or walk.

Kutcher revealed his struggle with vasculitis, an autoimmune disorder, for the first time in an episode of Running Wild with Bear Grylls: The Challenge, which airs on National Geographic.

In the episode, Grylls asked Kutcher where his strength comes from, to which the actor responded: “Two years ago, I had this weird, super rare form of vasculitis that, like, knocked out my vision. It knocked out my hearing. It knocked out, like, all my equilibrium.”

Kutcher, 44, said it took him about a year to regain his senses and balance again.

Actor-director Harold Ramis died from vasculitis complications in 2014. The Caddyshack, National Lampoon’s Vacation and Groundhog Day director suffered from the disease for four years before dying at 69.

Kutcher added at the end of the interview: “The minute you start seeing your obstacles as things that are made for you, to give you what you need, then life starts to get fun, right? You start surfing on top of your problems instead of living underneath them.”

Vasculitis is a family of rare diseases that causes inflammation of the blood vessels, according to the Mayo Clinic. The inflammation then restricts blood flow, which can result in organ and tissue damage or even an aneurysm. If an aneurysm bursts, it can cause internal bleeding and death.

General symptoms of vasculitis include fever, headaches, fatigue, weight loss and aches and pains. If the illness progresses, more severe symptoms can include blindness, hearing loss, ulcers, dizziness, bleeding under the skin and shortness of breath.

“The exact cause of vasculitis isn’t fully understood,” the Mayo Clinic writes. “Some types are related to a person’s genetic makeup. Others result from the immune system attacking blood vessel cells by mistake.”

Vasculitis can affect anyone but age, family history, drug use and past medical problems can increase one’s likelihood of contracting the disease.

A study published in Nature found that giant cell arteritis (GCA) is the most common form of vasculitis in elderly people, and it most commonly affects people of Northern European ancestry.

Kawasaki disease is the most common form of vasculitis in children aged around five years old, and the study found that it most commonly affects children of Southeast Asian ancestry.

In Canada, about 20 children per 100,000 suffer from Kawasaki disease.

It’s unclear what form of vasculitis Kutcher suffers from.