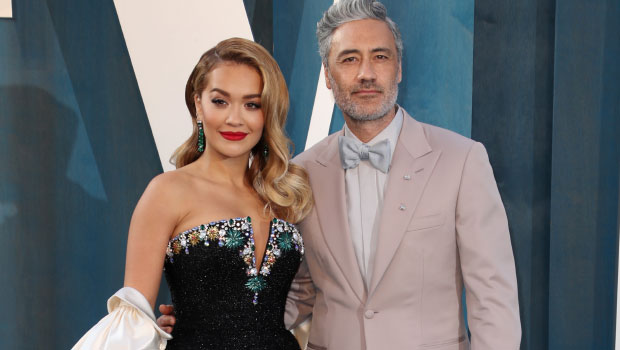 Taika Waititi, 46, is known for often making groundbreaking movies behind the camera, but a year ago, he stepped into a big spotlight when he started dating Rita Ora, 31. The filmmaker is now reportedly married to the singer after they recently gave each other almost “simultaneous” proposals, and then had a super-intimate secret ceremony in London, according to a source for The Sun. “It was a really intimate ceremony and super special for everyone there,” the source reportedly told the outlet. “Their nearest and dearest can see how madly in love they are.”

A previous source told the UK Sun that it would be low-key. “This isn’t about them doing a big showy thing and crowing about it beforehand,” the source said in separate comments. “It’s just about them being in love and deciding the time is right to formalize their relationship. They couldn’t be happier.”

Find out more about Taika and his highly successful career in the entertainment industry below.

Rita Ora: Pics Of The Singer

He’s a director, actor, and comedian.

Taika, who is originally from New Zealand, started his career in the late 1990s and went on to develop and star in various films, television series, and short films. Some of his most popular directed-films include Boy, Thor: Ragnarok, Jojo Rabbit, and Thor: Love and Thunder. His popular directed-television shows include Flight of the Conchords, The Inbetweeners, and What We Do in the Shadows. As an actor, he’s appeared in many of his own films and others like The Suicide Squad and Free Guy.

Taika’s red carpet debut with Rita was at ‘The Suicide Squad’ premiere.

The talented star had a small role in the film and showed up to the star-studded event with Rita as they donned impressive outfits. They were all smiles while posing and holding onto each other in front of the cameras. Rita wore a white blazer-style mini dress and heels and he wore a gray suit without a tie and black shoes.

Taika has won many prestigious awards for his work.

Some of the awards include an Academy Award, BAFTA Award, and even a Grammy Award for a film’s soundtrack. He’s also been nominated for many other awards over the years, including Primetime Emmy Awards.

He has two children.

Taika was married to film producer Chelsea Winstanley from 2011 until 2018 and they share two daughters together. They are Te Hinekahu, 10, and Matewa Kiritapu, 6, and he sometimes posts adorable snapshots of them along with loving captions to Instagram on special days, like their birthdays. “Happy Birthday, Matewa, my love and baby doppelganger. Now you are six. Wowee. May your rampage through life continue and god help anyone who stands in your way. #leoseason 🔥❤️🦁,” one of his posts for his youngest child read.

In the caption of one pic, which shows them standing side by side while against a wall, he admitted that he and Rita met each other in 2018 and became friends for a while before they decided to date in 2021. “First photo the night we met four years ago. We’ve been mates ever since. Then a year ago we decided to “complicate” things but it just got easier. Happy Valentines Day to my bestie @ritaora ❤️❤️❤️🧨💥,” the caption read.