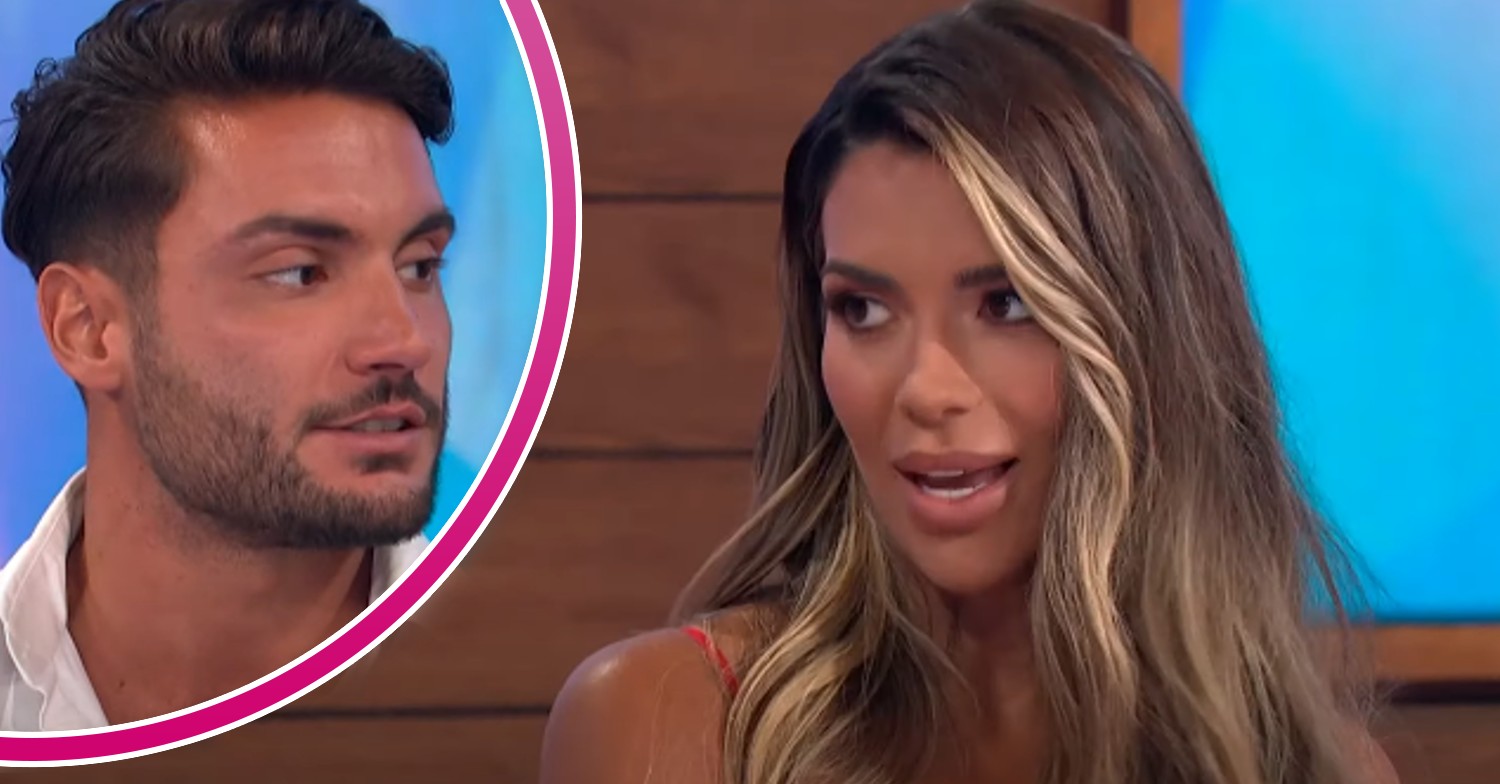 Loose Women viewers expressed concerns for Ekin-Su Cülcüloğlu as she and Davide Sanclimenti did their first interview.

The Love Island 2022 winners appeared on the ITV chat show to discuss their future.

Love Island fans tuned in to hear what plans the couple had for their future together.

But they were distracted by Ekin-Su’s appearance.

Although she looked stunning some were convinced she was revealing a little too much.

Ekin your dress is too small

Others were sure she had suffered a wardrobe malfunction live on TV.

One watcher wrote: “Really wishing someone would tell Ekin-Su her nipple is out on live TV.”

A second said: “Ekin your dress is too small, you’re almost revealing some nipple there.”

Another wrote: “Ruth [Langsford] looking a bit embarrassed when they realised the nipple was out. Cameras pulled back sharpish but…TOO LATE.”

What else did the Love Island couple reveal?

Turkish actress Ekin-Su and businessman Davide, both 27, were crowned the winners of the ITV2 show last week.

Read more: Who is Wendy Crozier in Coronation Street? What happened between her and Ken Barlow?

Despite the whirlwind that’s followed, the pair have had time to make some plans.

Ekin-Su and Davide won the public’s hearts with their rocky love story.

When Ekin-Su arrived as a bombshell, she quickly stole Davide from Gemma Owen – who ended up coming runner up with Luca Bish.

Over the weeks that followed, viewers were glued as their romance blossomed.

They are planning to move in together soon.

The couple also jokingly rowed about who takes longest to get ready for a night out.

Davide said he could have a nap while his girlfriend got ready, while she insisted she’d be ready in ten minutes.

Did you see the couple’s interview on Loose Women? Let us know what you thought of Ekin-Su’s dress over on our Facebook page @entertainmentdailyfix.