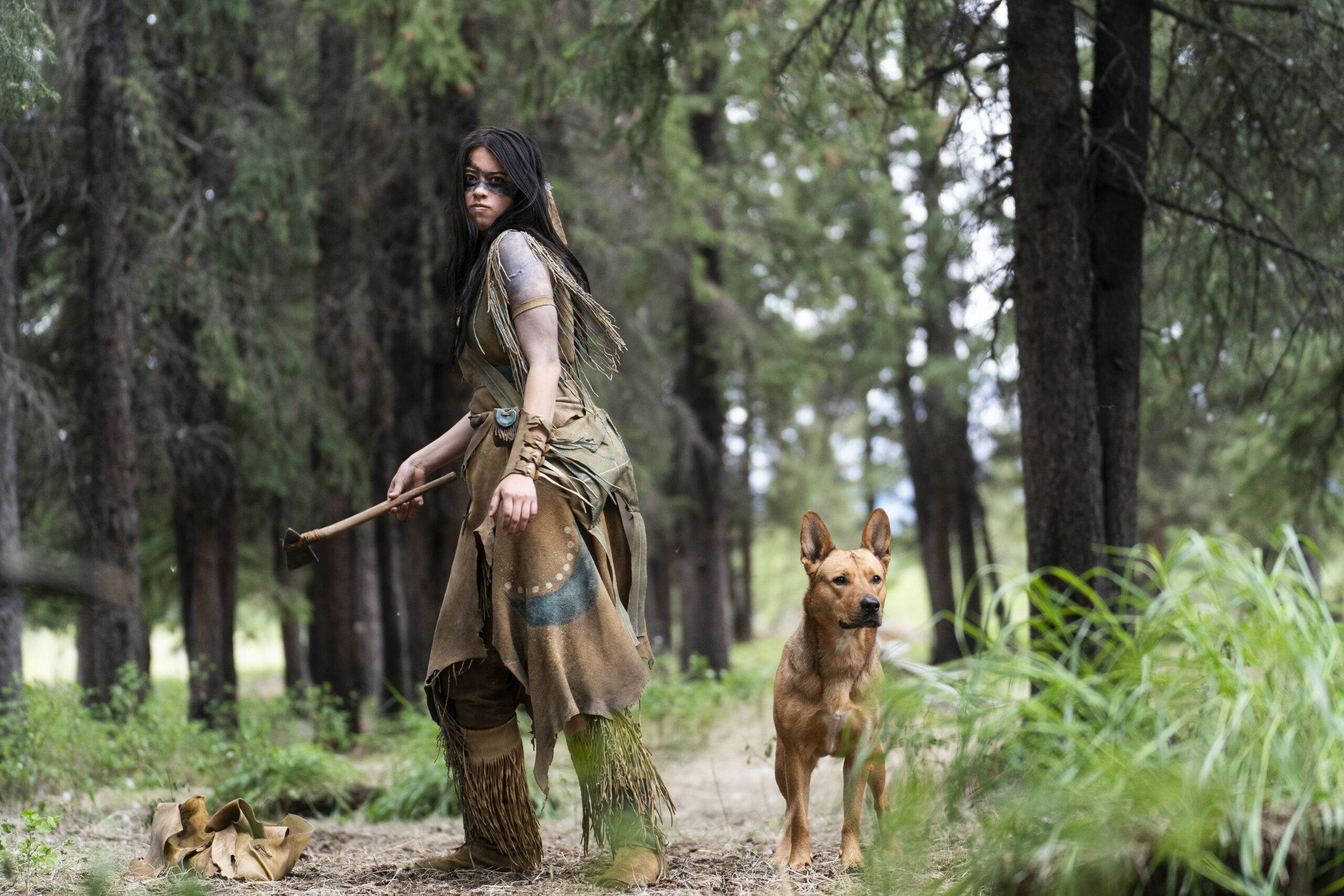 SPOILER ALERT: The smallest of spoilers for Prey, namely the fate of the film’s dog.

It’s not easy being a dog lover and a horror fan. One of the most common tropes and horror harbingers is the death of family animals, and there have been countless horror films that do away with the dog. So when Sarii the dog first accompanies Naru (Amber Midthunder) into the woods in the Predator prequel Prey, I assumed the worst. SPOILER ALERT: Sarii lives, and not only does she live, but she steals the entire damn movie.

Director Dan Trachtenberg was inspired to include a canine companion by Mad Max : The Road Warrior, which sees its titular hero paired with a loyal pup. In an interview with Dextero, he said the film was a “big inspiration for having a badass and their dog… I love having there be this buddy relationship with this creature, with another animal, amidst a Predator film.”

Sarii was played by Coco, a Carolina sight hound breed that was thought to have been used by Indigenous people for tracking and hunting. But while Coco is a Carolina dog, she is not a seasoned movie dog, which led to a chaotic on-set atmosphere. Coco was adopted for the film, so there was a learning curve for the dog. Trachtenberg described filming as “Always a nail-biting moment for us on set, ‘Is Coco gonna like, make her mark and do what she needs to do?’ … It was sometimes a journey to get there, but eventually she always did. It was very exciting, lots of cheers would happen when we finally got a great take with Coco.”

Midthunder joked that “She was kind of a disaster,” adding “She was a little bit of a hot mess – but in a sweet way. She was not a movie dog, she was literally adopted to be in this movie, and she just happened to be very high-energy … She was such a delight to have around, she was so fun and very playful. And then it would be time to do stuff… sometimes she’d do it, sometimes she wouldn’t. But obviously, it all ended up fine, because she was great, and everybody loves her.”

Loving a chaotic but adorable high energy dog? Sounds familiar to many dog owners. And Coco is already a breakout star from the film, with Trachtenberg noting “Everyone as we were developing it and showing cuts to friends and family, was like, ‘More dog! We love the dog!’ I was like, ‘You don’t understand. We are using every usable frame of this dog.’”

Is it too early for an #OscarforCoco campaign?