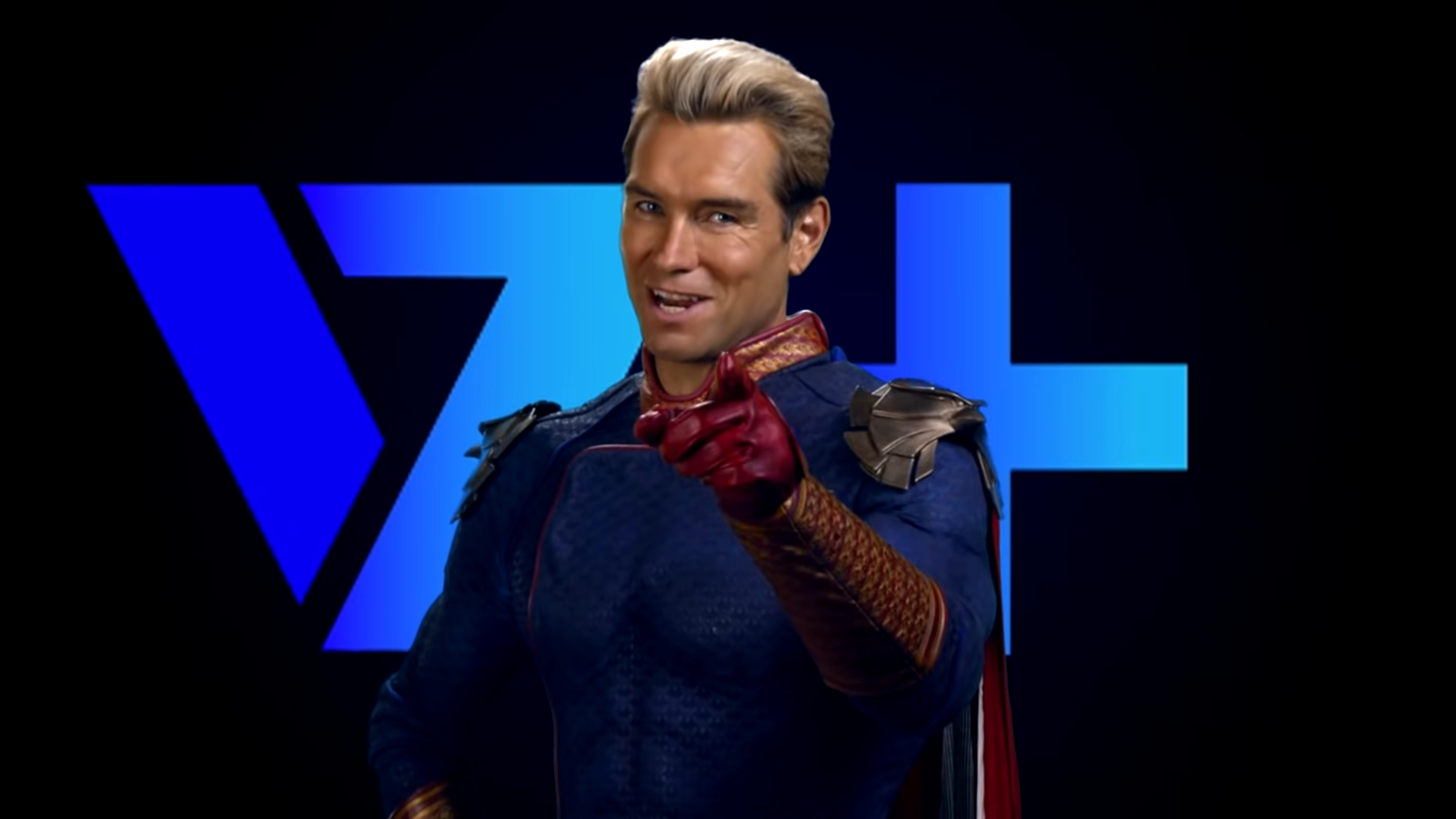 Following the embarrassing Warner Bros. Discovery (WBD) Q2 investor call headed by David Zaslav (CEO), JB Perrette (CEO & President, Global Streaming and Games), Gunnar Wiedenfels (CFO), and Andrew Slabin (EVP, Global Investor Strategy) on August 4, many, collectively, lamented the previous creative vision for Warner Bros. (and HBO Max) and laughed at the blatant sexism (and thinly veiled racism) of the backward “future” of Warner Bros. (now that the merger is in full effect). Of the many memes, one of the best came from one of The Boys‘ Twitter accounts, Vought International.

Back in season two, they poked fun at Disney+ and mega-media corporations with Vought+, but the news that HBO Max and Discovery were going to be under the same app by Summer 2023, prompted Vought++. The icing on the cake is how they utilized the same sexism (as Vought does in the show) but mirrored it after the infamous slide from WBD. This was how Warner Bros. Discovery set the tone of the presentation, and only a few minutes in, too.

In the WBD call, they go into specifics and cite Game of Thrones and DC as their major “male skew” shows and shows like Fixer Upper, Property Brothers, and the 90 Day Fiance Universe (the universe is news to me, too) as their “female skew” shows. For Vought, the Justice League parody Dawn of the Seven is for the guys and Property Flippers is for the gals. The latter is likely a combo of the home improvement shows hosted by dolphin enthusiast, and member of the seven, The Deep (outside of The Boys, Chace Crawford was known for Gossip Girl).

Now, The Boys is produced out of Amazon Studios, which has no right to claim a moral high ground. However, the show constantly reflects the media and political landscape we’re experiencing in an interesting way, and so does their social media. We need something to laugh at in this terrible week of cancellations by WBD.

Here are some other bits of news we saw today:

What news did you catch today, Mary Suevians?