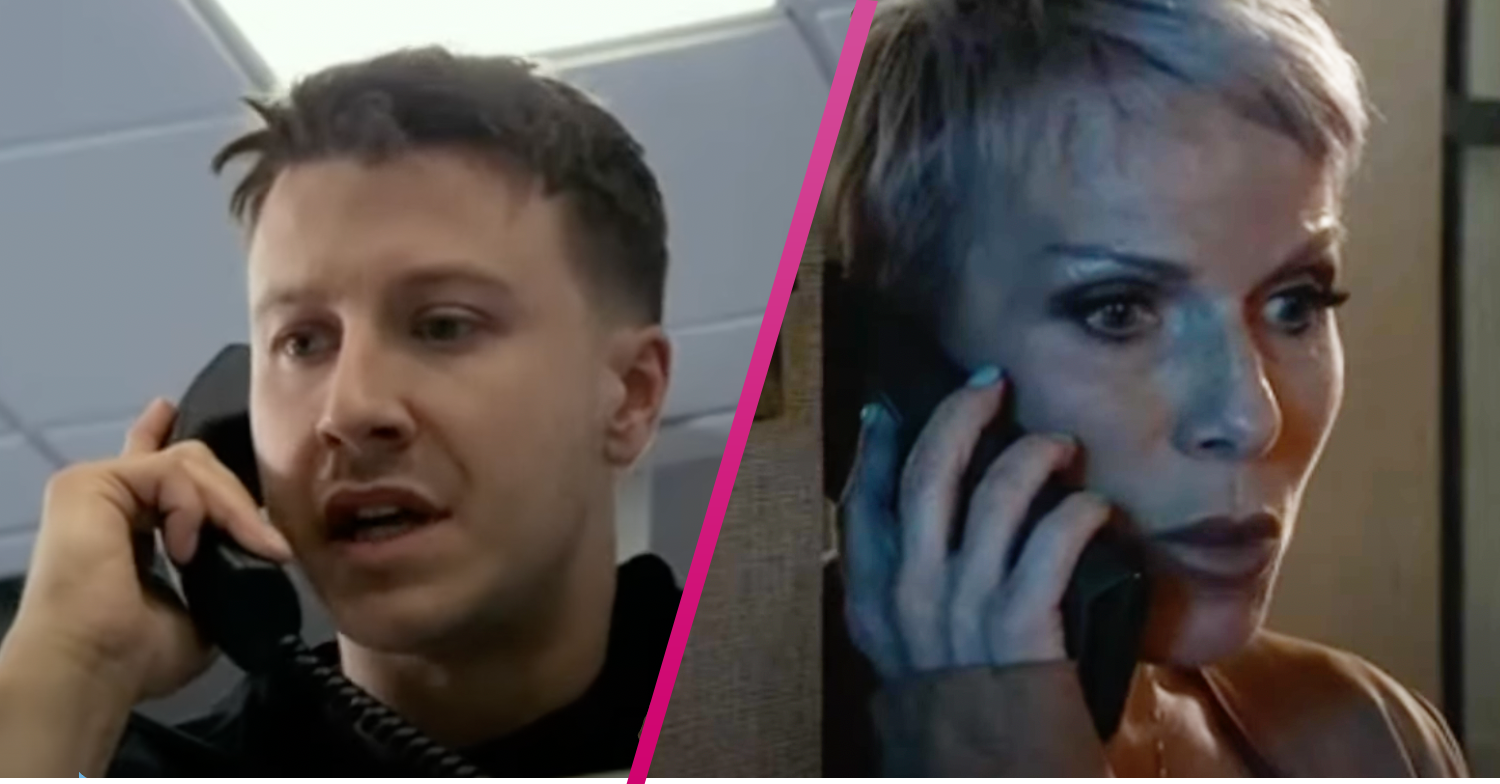 So far so bad for the former Ibiza DJ.

Will Ryan go to prison in Coronation Street?

And he only went and made things worse for himself at the police station.

In scenes of remarkable stupidity, Ryan called his accomplice – Debbie Webster – from the FRONT DESK at the station and openly discussed the crime.

Calling Debbie in full earshot of the police, Ryan said: “You told me that the CCTV would cut out when the power went.

“But no. It’s all on camera Debbie, everything.”

And, now it’s all on a recorded phone call too, Ryan.

What have fans been saying?

Corrie podcast Talk of The Street tweeted: “Warning. Tonight’s episode of #corrie contains scenes of Ryan’s stupidity that some viewers may find distressing.”

One viewer said: “Ryan in the cop shop talking to his crime cohort in front of the booking in desk – you couldn’t make this up but somebody did.”

Another added: “Ryan discussing the crime with Debbie #corrie using the phone in the police reception area, doh.”

One bewildered Tweeter wrote: “Is he really calling his accomplice from the police station’s telephone?”

A fifth wrote: “I thought you were only allowed a phone call for couple of minutes, But Ryan has been on the phone for at least 10 minutes, Also I’m sure the police can hear the recording of his call.”

Another tweeted: “So, Ryan, in that phone call you made to (checks log) Debbie Webster, you said the words ‘this was your idea, I was your accomplice’ is it safe to say the robbery you’ve been charged with was Ms Webster’s idea?”

And someone else said: “Blimey, Ryan’s a bit of a plank on Corrie – using a police phone to confess his crime. Bet it’s recorded and Debbie gets nicked too.”

Ryan discussing the crime with Debbie #corrie using the phone in the police reception area, doh 😬

Warning. Tonight’s episode of #corrie contains scenes of Ryan’s stupidity that some viewers may find distressing.

Ryan using the phone at the police station😂😂😂😂😂 thick as mince ¬! #Corrie

Blimey, Ryan’s a bit of a plank on #Corrie – using a police phone to confess his crime. Bet it’s recorded and Debbie gets nicked too.

Poor Ryan looks set for some serious time behind bars as Debbie appeared to wash her hands of him during their call.

Is Ryan leaving Corrie for good?

She told him: “There’s no point in both of us going down for this, is there?

Ryan replied: “Well the police keep saying I should just tell them everything. Maybe I should.”

Debbie tried to plead with him not to drop her in it, both seemingly oblivious that their conversation could do just that.

Never mind, with a bit of luck Kym Marsh will return as Michelle Connor and save him.