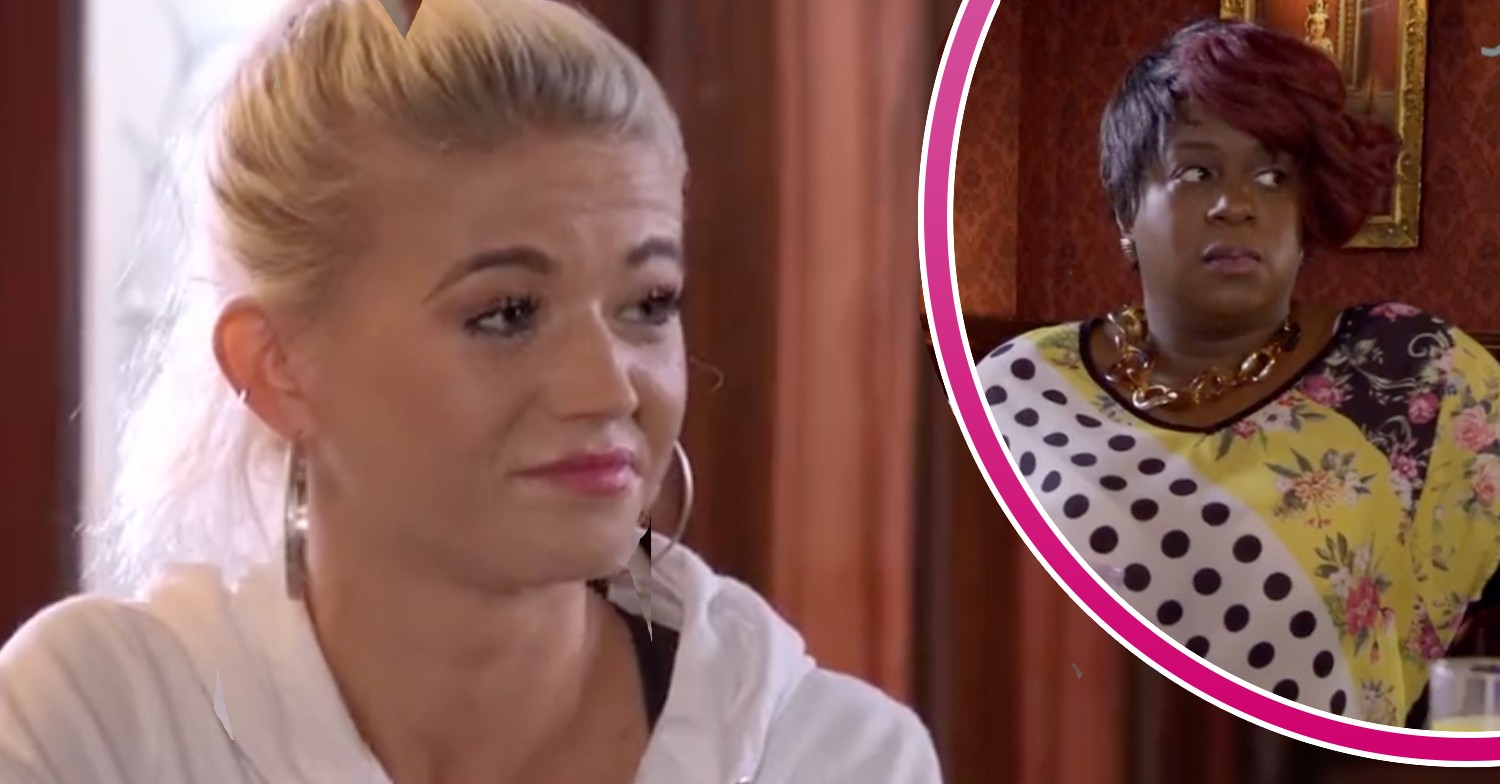 EastEnders joined the rest of England by paying tribute to the Lionesses who beat Germany on Sunday night to be crowned Euro 2022 champions.

Their 2-1 victory at Wembley finally brought football home and the celebrations haven’t stopped.

Everyone from the Queen to the Spice Girls raced to congratulate the team.

A roaring success for the lionesses! #EastEnders pic.twitter.com/IicyTABCIW

Who was in the EastEnders Lionesses scene?

EastEnders was the latest show to pay tribute to the ladies by squeezing in a specially filmed scene last night (Monday 1 August).

The scene showed Kim Fox raising a glass of bubbly in the Queen Vic with landlady Linda Carter and Lola Pearce.

‘I never had you down as a football fan,’ replied Kellie Bright’s Linda, as a conga line of elated fans skipped past in the background.

The BBC One soap used the opportunity to spread a little bit of feminism too, with Kim adding: “If we’re talking about strong, winning women, I’m there. I’m one of them.”

She added: “This has changed everything.

“The game. Women in sports everywhere. Pearl watched it and loved it. Every single one of them is a role model, I’m telling you. If you can see it, you can be it!”

Lola looked on in disbelief before quipping: “Hang on, we’re over here celebrating women and you’re making it about you and some other bloke?”

What did EastEnders fans think?

Predictably the last minute scene went down an absolute treat with fans.

Loved that #eastenders shoehorned in a scene about the #lionesses – so much fun.

I also loved the cheeky little reference to #neworder – it just made the scene. Nicely done, easties. pic.twitter.com/e7jt6MnX7s

Brilliant to see #EastEnders include the @Lionesses scene in their episode tonight!

A third said: “Loved that EastEnders shoehorned in a scene about the Lionesses. So much fun.”

And a fourth tweeted: “Brilliant to see EastEnders include the @Lionesses scene in their episode tonight! Celebrating the win in true Enders style!”