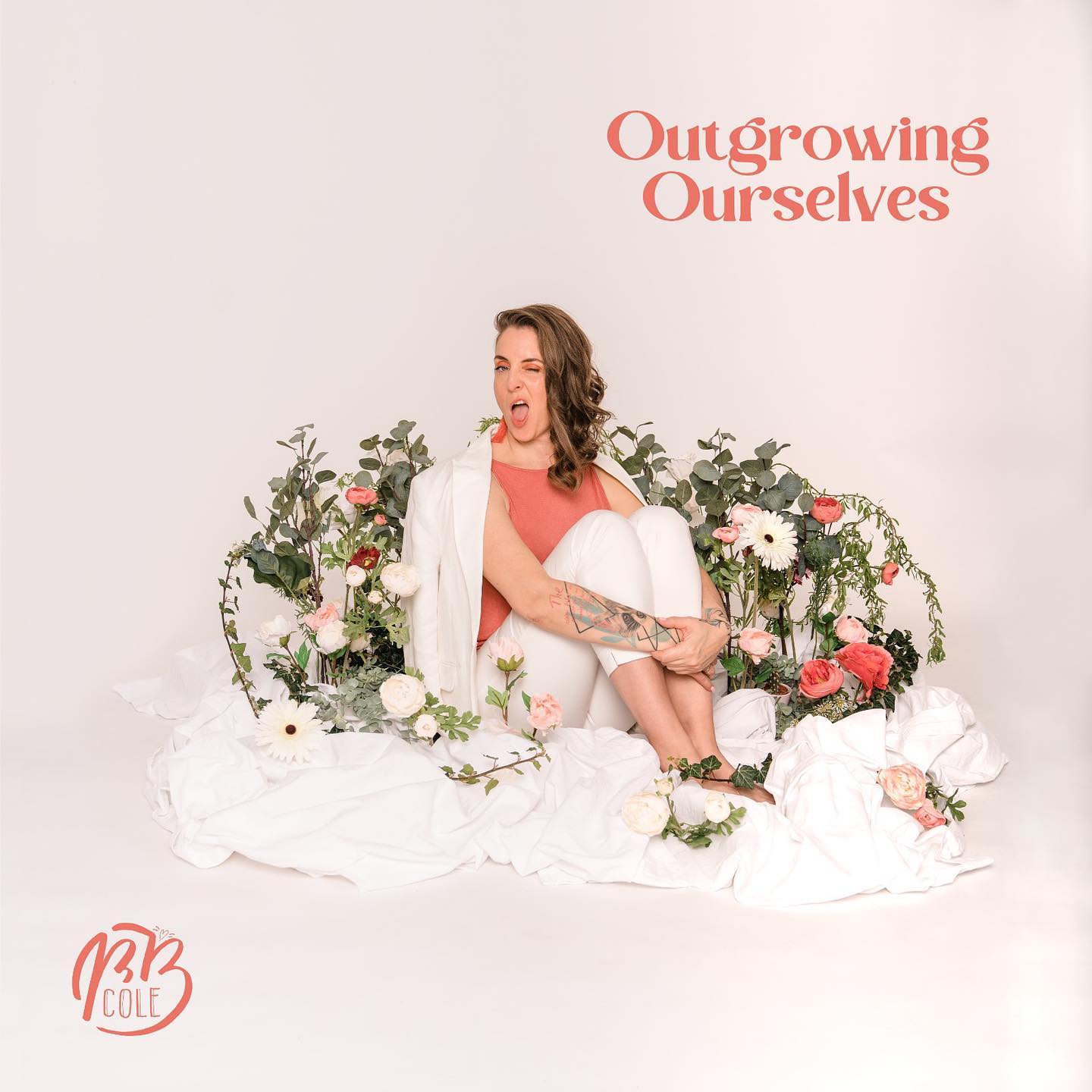 At first glance, there’s not much in the instrumental construct of B.B. Cole’s Outgrowing Ourselves that feels different from what you’d hear in most mainstream country music. There’s a lot of guitar twang, a gentle piano harmony here and there, and a pastoral sensibility in Cole’s lyrics that makes every song feel like a drive down an old dusty road; what really sets this LP apart is its wistful combination of moxie-driven hooks and sultry vocal virtuosities.

Tracks like “Emotional Baggage” and “Wear Your Crown” couldn’t be made with a singer who didn’t have the depth of skill this one does, and it’s in this regard that we start to see why critics have been as captivated with this singer/songwriter as we have been. Country and soul music have always sounded a little better when they’re blended than they do apart from one another, at least in my view, and this is the right player – and the right album – to remind us of that this month.

“Pieces of Me” and “Tears and Fears” present us with some underlying blues elements that, while being rather simplistic next to the country tones, are very influential over the way we absorb the lyrics here, and I would like to hear Cole experiment with them a little more in her future releases. She’s carrying a lot of emotion in all of these songs, and one could even take away from “Demons” a feeling of implied melancholy that would be even more intriguing in a longhand jam session.

It isn’t that she’s holding back, but instead that she’s choosing her statements a little too carefully for this setting; in all honesty, I think Cole would sound even more captivating in a context where improvisation was encouraged a little more than it is here. She never has an issue staying focused on her vocal in songs like “When I Was a Little Girl” and “Some Kind of Religion,” and despite some of the retro stylizations in these tracks there’s never a moment where we’re left to confuse this LP with the scores of so-called “throwbacks” that have been flooding the indie market lately.

Though there’s no denying that B.B. Cole hasn’t quite found herself just yet, the search is yielding some very provocative results in Outgrowing Ourselves this year, and critics and fans alike are noticing. There’s a lot to learn about her artistry amidst the foundational “She Gave Me Feathers,” “Pieces of Me,” and “Emotional Baggage,” but frankly I think this record is more representative of potential than it is anything else.

I want her to explore the lyrical abilities she’s exploiting in Outgrowing Ourselves more in her future recording sessions, and while no one likes to wait for a follow-up, I think it would be wise of her to take her time plotting out the kind of aesthetical structure she wants to implement in her sound before cutting anything final. All in all, she’s got something special here, and she shouldn’t rush cultivating it further.