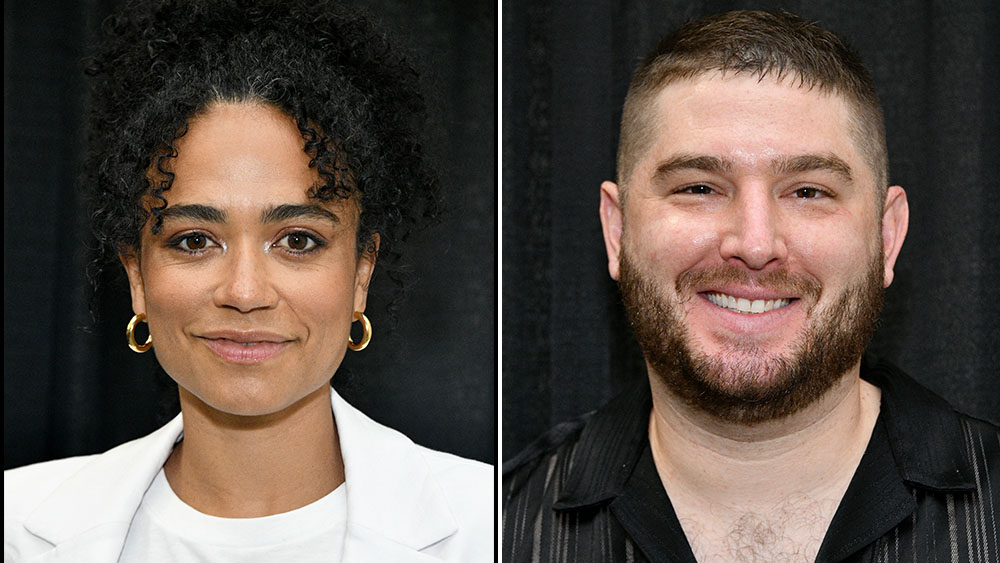 Lauren Ridloff and Joshua Feldman are being the change they hope to see in Hollywood. The creative duo spoke to Deadline about the importance of hiring deaf and disabled creatives on both sides of the camera to tell authentic stories—and they hope the industry follows their lead.

“The most important thing to keep in mind when we tell stories about others, so to speak, is that authenticity should always be the goal. Tell true, real stories that resonate with people with disabilities, and also people who live within the world of people with disabilities,” Ridloff told Deadline at SDCC following the Inevitable Foundations‘ “Disability Representation On and Off Screen” panel which featured both Ridloff and Feldman as speakers.

“I feel like when there are only actors in front of the camera and that’s the only person with a disability that’s involved [in a project], that’s when we can get into the dangerous area of stereotyping,” she continued. “How do you know what kind of story you’re actually telling? Whose truth is that? The story is based on assumptions about what the ‘other’ experience might be. I think it’s so critical that we continue to push for more representation behind the camera because that’s when we actually get out of that dangerous area of stereotyping and instead tell authentic stories.”

Ridloff recently starred as superhero Makkari in the 2021 Marvel film Eternals and on the small screen, the character of Connie in The Walking Dead—both of who are deaf. She is currently set to executive produce and star in an as-yet-untitled Starz project, in collaboration with Ava DuVernay and Joshua Jackson, about two polar opposites (Ridloff and Jackson) who become intertwined in a love affair that turns their worlds – and those of everyone around them – upside down.

“I feel that just by showing the diversity of people within the Marvel world is so powerful because the MCU really is creating today’s version of mythology. That in and of itself is how we perceive Marvel—that’s how I see it, personally,” she shared. “I think when children are watching this on the screen, they see people who are not considered the typical representation of a superhero. Seeing people who are different gives children hope. If that person can be a superhero, that means I can be one also. I’m important. I am strong and I am powerful.”

Ridloff was coy when asked whether or not Makkari fans would be seeing more of the character in the future saying, “I would love to see more of her also. That’s all I can say.”

Feldman is also working with Team Marvel as a writer on the upcoming series Echo, a spinoff of Hawkeye focusing on the character of Maya Lopez (Alaqua Cox), the Native American deaf leader of the Tracksuit Mafia who can perfectly imitate others’ movements.

“I am lucky enough to be one of the writers on the Marvel series Echo which has a deaf character and also plenty of characters who are not deaf,” Feldman said. “So I felt like Ahhhh, I can relax because often when I’m writing it’s for a deaf character and it feels like so much responsibility—it’s tremendous— to make sure that the character is well written and well representative of our community. That’s a big responsibility. But it’s also fun, so don’t get me wrong. So when I’m writing, I don’t often write for hearing characters. For example, writing on Echo, when I’m not writing for a character that’s not Maya it’s so much fun because I can go wild really and be creative.”

He added of seeing Ridloff in The Eternals, “I was already a big Marvel fan but never in my wildest dreams did I think I would be watching a deaf Marvel superhero on the big screen. It was beyond amazing. Working with Marvel now as a deaf writer, it’s not only for me to have fun but to be inspired and to inspire so many in the incoming generations. Of course, we can be superheroes, too. Of course, we can.”

To keep this momentum going, Feldman encourages those in Hollywood in positions of power to keep hiring deaf and disabled creatives.

“Keep hiring us,” he said. “I know that when I work with a new group of individuals, it’s their first time working with a deaf professional. So, I hope that the next time that they work with a deaf professional, they already have this as a baseline experience. They know an interpreter is going to be set up. They know that deaf people are visual and we need an open line of sight at all times for communication. Yes, keep hiring us because that’s how we learn, through experience. It’s not enough to just go to a panel, sit and listen, and take some notes. That’s not enough. You have to do the work; work with us.”